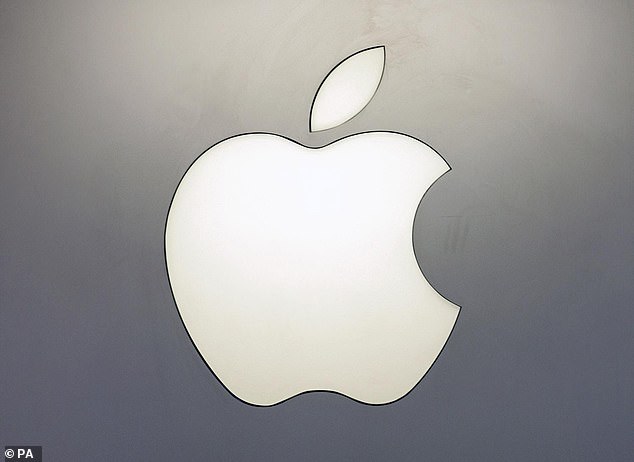 Top investor to grill Apple over ‘slavery’: L&G plans showdown as tech giant is accused of using parts made in Chinese labour camps

One of Apple’s biggest shareholders is set to grill the tech giant over allegations that it uses forced labour camps in China.

British pensions giant Legal & General, which owns £11.3billion of Apple stock, will quiz bosses on the charges against its Chinese suppliers at a meeting in the coming weeks, The Mail on Sunday can reveal.

L&G’s intervention will pile pressure on Apple to reveal more details about the way workers are treated in its supply chain.

Grilling: L&G’s intervention will pile pressure on Apple to reveal more details about the way workers are treated in its supply chain

Apple has come under pressure from human rights group SumOfUs to publish a report identifying companies in its supply chain that staff their Chinese factories with enslaved Uighur Muslims. The group has highlighted accusations that Lens Technology, a supplier of Apple’s iPhone screen, used thousands of Uighurs from China’s forced labour program.

The campaigners have also warned about Apple’s contract with Esquel Group, which supplied uniforms for staff in Apple’s shops. Esquel has been hit with US sanctions over allegations that it used forced labour in China’s Xinjiang province. Esquel denies the accusations.

SumOfUs has asked regulators to let investors vote on its proposal for more transparency from Apple over the treatment of workers in its supply chain.

If the motion is cleared by the US Securities and Exchange Commission, investors could vote on the proposal at Apple’s annual shareholder meeting next year. Apple has asked regulators to block the vote.

A spokeswoman for Apple said: ‘Apple seeks to uphold the highest standards in the industry across its global supply chain and has teams of experts on the ground working closely with suppliers around the world.’

The company said it had conducted more than 1,100 audits of its supply chains and spoken to 57,000 workers over the past year and a half. It said it found no evidence of forced labour and continues to ensure workers are ‘treated with dignity and respect’.

L&G would be in pole position to vote through the proposal as Apple’s 16th largest investor. L&G demands that all the companies in which it invests are committed to fighting slavery. Rival British fund manager abrdn – another Apple investor – said human rights abuses were ‘one of the most important’ issues to consider in investment decisions.

However, another UK fund manager, Royal London, was silent on the allegations engulfing the iPhone maker. A spokesman said the company was declining to comment because it is a ‘predominantly passive’ investor in the tech firm.

Last night, one of the most prominent voices in asset management spoke out to urge City investors to put more pressure on Apple. Dame Helena Morrissey said big fund managers should force the tech giant to tackle any forced labour in its supply chain.

The high-flying financier – who was rumoured to be in the running to become Bank of England Governor last year – was formerly head of personal investing at L&G. She is now chairman of investment platform AJ Bell. Morrissey told the MoS that some City institutions were ‘lagging’ on human rights abuses and said it was vital that investors pushed for full transparency.

She said: ‘Investors need to use their voting rights. The alleged abuses against the Muslims in the Xinjiang province are shocking. People don’t want their pensions invested in companies that are refusing to disclose supply chains that might be reliant on forced labour.’

She said wealthy pension funds should throw their weight behind efforts to force disclosure from Apple and other companies linked to poor working practices in China. ‘If we want to know what we are investing in, and feeling confident and comfortable with suppliers, then we need disclosures and transparency.

‘What’s shocking is that these sorts of allegations are not new and we still don’t really have enough information. It is just bizarre when we have a lot of focus on responsible investing, and environmental investing has become very fashionable, but we don’t have a lot of information about whether the companies we are investing in comply with basic human rights.’

A spokeswoman for abrdn said: ‘There are clear issues that investors need to be aware of when investing anywhere, and human rights is one of the most important.

‘In relation to Apple and any resolutions that may be tabled at the company’s AGM regarding forced labour, we will fully disclose our vote and rationale once cast.’

5 Ways To Avoid Getting Creamed By Higher Taxes

Stock futures are flat ahead of key employment report

House prices up by 10% annually in November

BP is like a cash machine, claims boss as price of oil and gas soars

With Just 7 Words, Elon Musk Tweeted a Remarkable Truth About Talent That Most Companies Ignore Completely

DFS swings to profit as sales surge but disruption lies ahead

All the statement earrings worn by celebs | The Times of India