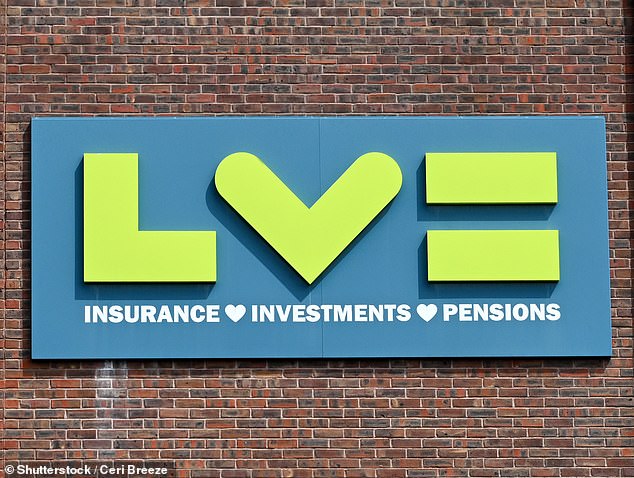 LV boss facing grilling over relationship with Bain Capital, the US private equity shark trying to buy the insurer

LV’s boss is facing a grilling over his relationship with Bain Capital, the US private equity shark trying to buy the insurer.

Mark Hartigan received a letter from Labour MP Gareth Thomas last night, asking him whether he had previously had ‘business dealings or discussions’ with Bain or its head of insurance Matt Popoli before the firm was invited to bid for LV.

Questions: LV is facing a fierce backlash over the deal, which critics say is a betrayal of its heritage

The Mail understands that when LV began soliciting bids last year, it approached Bain rather than waiting for the private equity firm to make the first move.

LV is facing a fierce backlash over the deal, which critics say is a betrayal of its heritage. The mutual insurer was set up in Liverpool in 1843 to help the city’s poor give their dead a decent burial. But the Bain deal, which is being voted on by members, has proved controversial because it will see yet another British business fall into the hands of profit-hungry US owners.

LV, formerly Liverpool Victoria, will also be stripped of its mutual status, meaning it will no longer be held by its customers and run solely for their benefit.

Bain plans to move the registration to the offshore tax haven of Jersey, though has claimed it will still pay UK taxes.

Thomas said: ‘With no genuinely independent expert recommending the deal with Bain, it is even more important that LV and Bain bosses are completely clear about their relationship such as when they first met, what they stand to gain themselves and why on earth they’re taking Liverpool Victoria offshore.’ MPs, City grandees and LV customers have raised questions around why Hartigan and chairman Alan Cook chose to sell LV to Bain.

The 178-year-old insurer received a very similar offer from Royal London, a fellow mutual, but turned it down.

Critics have questioned the fact that Bain’s offer will see Cook retain his £205,000- a-year job, while Hartigan is hoping to remain in position and has admitted he would likely receive a generous pay rise – and even an ownership stake in the company. Under the Royal London deal, both would have lost their jobs. Thomas also asked Hartigan what stake he would likely own in the business, and whether any other individuals would hold a chunk.

LV declined to comment. It has insisted that Bain’s bid offered the ‘best financial outcome’ for members. Members have until December 8 to vote on the deal by post or online, or can cast their ballot at an online meeting on December 10.

Make your voice heard on LV 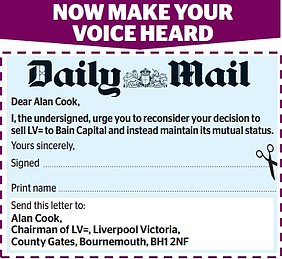 We are encouraging LV members, customers, or others, who would like to see it retain its mutual status, rather than be bought out by private equity,  to write to it.

You could use the wording from the letter printed in the Daily Mail newspaper’s City pages (pictured here).

We have included the words for you to copy and paste into a letter below.

I, the undersigned, urge you to reconsider your decision to sell LV= to Bain Capital and instead maintain its mutual status.

Why You Want to Be Elon Musk–and Not Mark Zuckerberg

Is Your Home Value At Risk From Climate Change? Recent Research Finds A Link

Personal Loans: Step-by-Step Guide to Choose the Best Loan for you

Even after a weak patch, America’s economy is still in high gear

Is there such a thing as a safe algorithm? Talk of regulation gathers momentum