HAMISH MCRAE: Need a loan? Get a move on to beat inflation 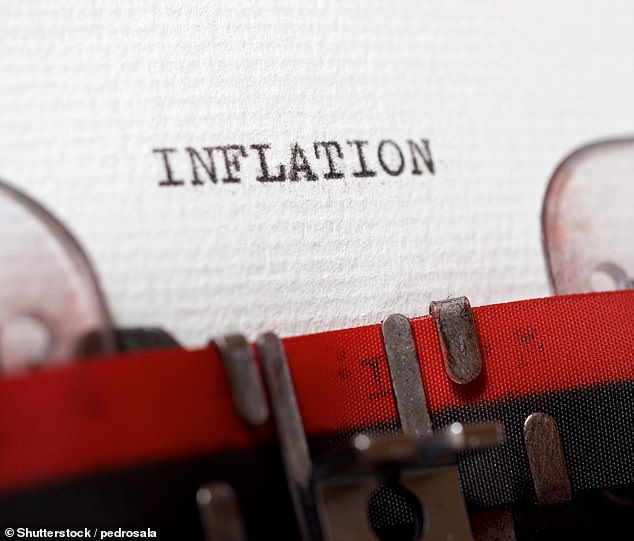 HAMISH MCRAE: Inflation won’t be as bad as the 1970s, and we should not be frightened – but if you do need to borrow money, get a move on

Well, now it is official. We warned about inflation here last week, and Rishi Sunak confirmed in his Budget that inflation was indeed expected to climb beyond 4 per cent this year. We will get the next forecast from the Bank of England on Thursday and I would not be surprised to see the number of 5 per cent in there somewhere. If we don’t get the first rise in interest rates this week, expect them to follow shortly.

Already the implications are showing in the money markets. Equities have been steady but HSBC and NatWest have already begun to increase fixed-rate deals, and the markets seem to think that the Bank of England benchmark rate will reach 1.25 per cent by the end of next year. That would still be very low by historical standards, and certainly compared with inflation.

It would be great to be able to make a credible forecast of both inflation and interest rates, but of course we can’t. We know the direction, but not the speed or level. This is a global whirlwind, with US inflation already at 5.4 per cent and we are being caught up in it. There is a projection from Professor Tim Congdon, of Buckingham University, that US inflation might even peak above 10 per cent. That would be extreme and I hope that won’t happen.

In black and white: Anyone who can remember the 1970s will appreciate that once inflation becomes embedded, it is very hard to shift

But anyone who can remember the 1970s will appreciate that once inflation becomes embedded, it is very hard to shift.

So how do we defend ourselves? Here are five ideas.

First, anyone who is likely to need to borrow money – for a mortgage, home improvements, just clearing other debts – should take advantage of cheap money while it lasts. The only safe assumption is that the rise in interest rates will be faster than the markets expect. Second, for anyone thinking of moving house, be aware that sharp falls in property prices do happen and particularly so after several years of growth.

Remember that the average UK house price fell by 15 per cent between January 2008 and May 2009. Ouch. Eventually prices recovered and buyers who did not need to sell were OK. This is not to predict another crash. It is simply to say that you do not want to be a forced seller in current markets.

Third, there is a huge argument for trying to have a cash reserve right now. Look at the country overall and there is a mountain of savings accumulated during the lockdowns waiting to be spent.

The Bank of England put it at £180billion this spring. Some of that has gone back into the economy, and that has helped drive the solid recovery that the country has made this year. If we get back to pre-pandemic levels by Christmas as forecast, instead of lagging most other developed countries, we will be middle of the pack.

But what is good for the economy is not necessarily good for people’s personal finances. There is a strong case, for those who can manage to do so, to keep some savings back. If there are known expenses coming up in the months ahead, better to stash something aside now.

Four, think long-term about the effects of inflation. Even apparently benign levels eat away at savings. The Bank of England has a nifty inflation calculator, going back to 1209. Yes, when King John was on the throne and just before the Magna Carta in 1215. If you are interested, £10 then was equivalent to £20,828 last year, inflation averaging 0.9 per cent a year since then. So if you were paid £20 a year then you were doing all right. But you don’t have to go back that far to gesome chilling numbers. Inflation since 1997, when Tony Blair and Gordon Brown took power, has been 2.7 per cent. That’s well below inflation now. But £10 then would be equivalent to £18.61 last year. The value of money has virtually halved.

Moral: if you have savings do keep that cash reserve, but make sure the rest is invested in something, anything, that protects against inflation.

Finally, think about income. The best protection against inflation is to be able to earn money. There is huge demand for labour now, the strongest job market for a generation. Not all of us can take advantage of that, or would want to. But for many the past few months have been a revelation, a time when people have done something quite new.

We should all try to make ourselves bulletproof. Inflation won’t be as bad as the 1970s, and we should not be frightened. But if you do need to borrow money, get a move on.

A whodunnit on Zillow

Post Office Scheme: Earn up to Rs 35 lakh by Investing Rs 1,500 in this Scheme. Know More

Use Security as a Feature to Spice Up Your Sales Pitch

One Step Forward And One Step Back

Bitcoin And Ethereum: The New Support And Resistance Levels

Barcelona president admits he wanted Messi to play ‘for free’