Glaxosmithkline boosted by HIV drug approval and US Covid treatments

Glaxosmithkline boss Emma Walmsley received a welcome boost after a revolutionary HIV treatment became the first of its kind to be recommended by British health authorities.

The drug, called vocabria, has been recommended by the National Institute for Health and Care Excellence (Nice) to treat adults living with the disease. Nice decides which drugs are available on the NHS.

Current HIV treatments require patients to take tablets every day to keep the virus under control.

Vocabria, however, is an injection administered every two months, meaning patients only need to take it six times each year.

It has been developed by Viiv Healthcare, an HIV specialist company in which Glaxo holds a controlling stake.

The decision from Nice follows a similar recommendation from the Scottish Medicines Consortium last month allowing patients in Scotland to have the treatment.

‘We are delighted that Nice has approved the first and only complete long-acting injectable HIV medicine, allowing us to focus on the people living with the condition and provide them with treatment options that remove the need for regular daily HIV tablets’, said Viiv Healthcare’s senior global medical director Nneka Nwokolo. 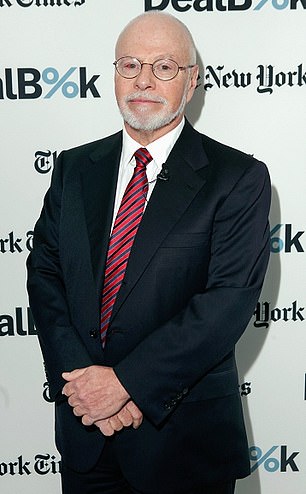 Nice’s backing formed part of a triple whammy of good news for Glaxo’s drug pipeline – and for Walmsley in her battle with activist investors Elliott Management and Bluebell Capital.

Yesterday the company signed £743million in contracts with the US government for a treatment designed to prevent patients being hospitalised and dying from Covid-19. Xevudy was developed by the firm alongside San Francisco-based immunology group Vir Biotechnology.

It expects to deliver the doses by December 17, with the US having an option to buy more until March next year.

The deal means the group has secured contracts to ship more than 750,000 doses of the treatment worldwide.

Meanwhile, the firm announced that its nucala treatment for severe asthma has been approved by European regulators to help treat three other illnesses.

The decision means the drug can now be used for hypereosinophilic syndrome and eosinophilic granulomatosis, two rare and potentially life-threatening illnesses that can inflame body tissue.

It can also be administered against chronic rhinosinusitis with nasal polyps, a condition that causes growths that can block the nose and cause people to lose their sense of smell.

The three doses of positive news will provide a boost for Walmsley as she continues to push through her plans to separate the pharmaceutical and vaccines business from the consumer healthcare arm, which makes products including Sensodyne toothpaste and Panadol painkillers.

The 52-year old, who took the helm in 2017, is trying to fend off a campaign by activists which has pitted her against feared investor Paul Singer.

Both Singer and Bluebell have questioned Walmsley’s plans to list the consumer arm, suggesting that it would be better if Glaxo sold it off outright.

They have also called for the chief executive to reapply for her own job, noting her lack of a formal scientific background.

Here’s what changed in the new Fed statement

AT&T, Verizon to delay 5G due to air safety concerns: US regulators