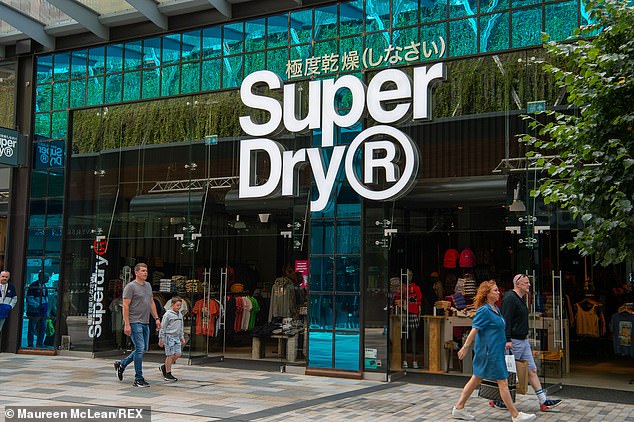 Struggling fashion star Superdry says its ‘turning a corner’ as it reveals losses have shrunk to £36.7m, sending shares soaring 14%

By Sadie Whitelocks For This Is Money

Superdry bosses said the retailer is ‘turning the corner’ as it posted shrinking losses for the past year.

The high street fashion brand told investors that sales are ‘recovering well’ despite subdued high street footfall as it continues with its transformation plan, amid a challenging retail environment.

The company, which has 231 physical stores operates in more than 50 countries, reported a pre-tax loss of £36.7 million for the year to 24 April, compared with a £166.9m loss a year earlier.

Superdry saw revenues slip by 21.1 per cent to £556.1 million for the year as it was disrupted by further lockdowns across key regions.

It said almost 40 per cent of potential store trading days were lost due to pandemic closures over the period.

Overall, the retailer said sales for the latest 18 weeks from the end of April were 1.9 per cent ahead of sales from last year.

The group said a strong rebound in store sales in the UK and US was partially offset by business in the EU, which saw further closures at the start of the period. 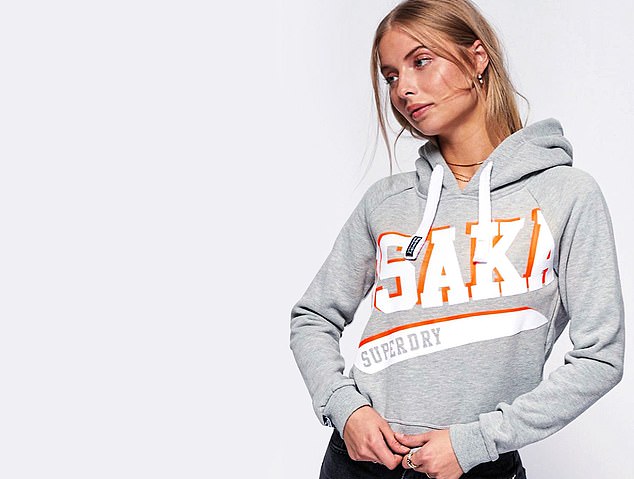 Looking ahead, the Cheltenham-headquartered company says some of its targets include growing its social media presence, following a 6 per cent engagement boost to 3.3 million in the first half

It said e-commerce sales were also ‘modest’ compared with the rapid growth it had seen in the previous year after the pandemic helped accelerate online traffic.

Looking ahead, the Cheltenham-headquartered company says some of its targets include growing its social media presence, following a 6 per cent engagement boost to 3.3 million in the first half, and striving to be the ‘most sustainable listed global fashion brand by 2030’.

It also underscored its commitment to the UK high street with its new Oxford Street flagship store opening this autumn.

On announcement of the results, chief executive and co-founder Julian Dunkerton said trading has been ‘encouraging’ since shops reopened.

He added: ‘Like most brands with a physical presence, our performance over the past year has been impacted by the significant disruption of Covid-19, but I am really proud of how the business has stepped up and returned to revenue growth in Q4.

‘Store and wholesale revenues are recovering well despite continued subdued footfall, and e-commerce margin is benefiting from our return to a full-price stance.

‘I’m in no doubt that we’re turning the corner and there’s a lot to be excited about.

‘Whilst a lot remains uncertain, I’m looking ahead to 2022 and beyond with real confidence as we deliver our reset.’

SUV market heats up as MG drives in Astor at Rs 9.8 lakh – Times of India

After years of being ‘squeaky clean,’ the Federal Reserve is surrounded by controversy

Stock futures are flat ahead of August jobs report

43 Dividend Hikes We Expect Before 2021 Ends

On This Day in 1893: Swami Vivekananda Gave His Iconic Speech in Chicago; Read the Full Text Here

Romelu Lukaku’s record since leaving Chelsea as he completes return