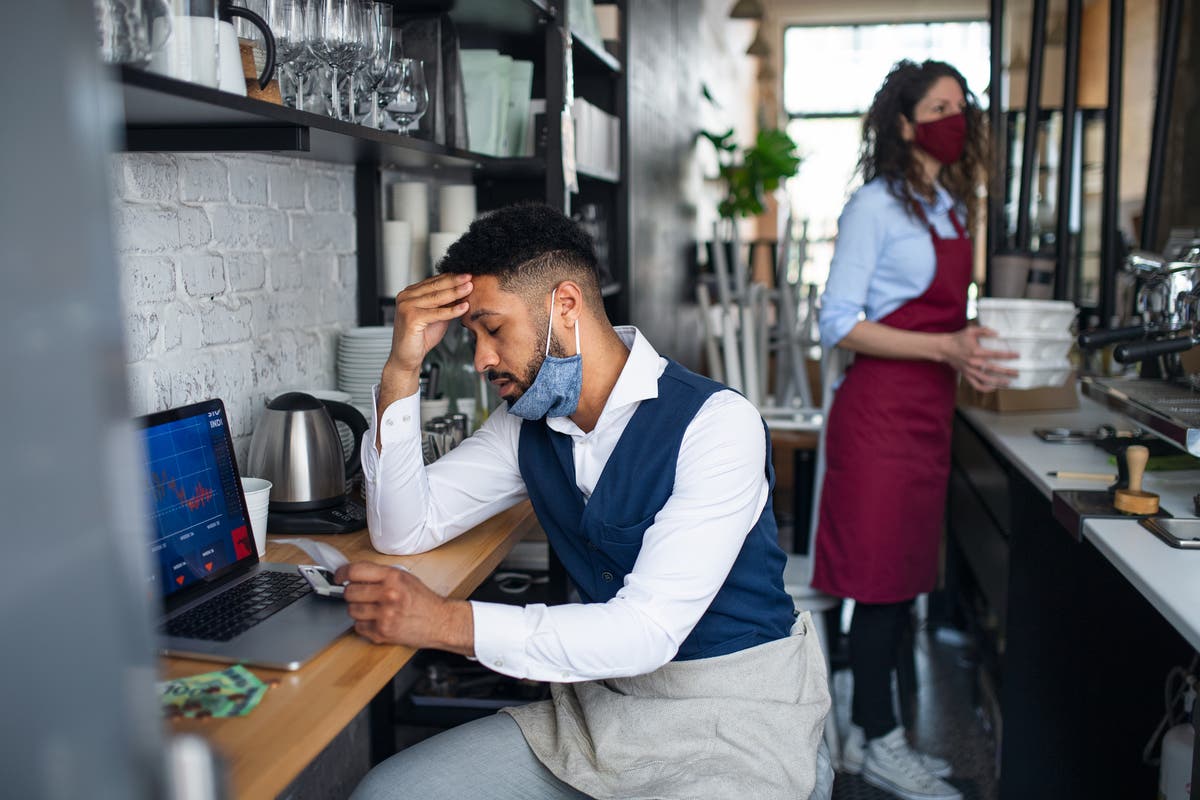 Small business owners across the US are “ringing the alarm” about the direction of the country’s recovery from the pandemic as they struggle with worker shortages, inflation, and the Delta variant of Covid-19, according to a new survey.

The report, published by Goldman Sachs’ 10,000 Small Businesses Voices, was released to coincide with the Small Business Administration’s National Small Business Week. It also found that the mental health of employees is of great concern, and that Black-owned businesses face even more acute challenges.

Only 38 per cent of respondents believe the country is moving in the right direction, representing a 29 per cent collapse in confidence from June. More business owners – 40 per cent – now see the country as being on the wrong track.

As many as 74 per cent of small business owners expressed concern about the impact of rising Covid-19 infection rates on their businesses in light of the massive surge in case numbers attributed to the Delta variant.

Inflationary pressure is also hammering small businesses, with 86 per cent of owners saying it was a concern, and 84 per cent stating they have seen an increase in their operating costs.

In what may be a sign that inflation may continue to rise, 81 per cent of respondents said inflationary pressures have increased since June and 74 per cent said their business’ financial health has been negatively impacted by inflation.

When considering their employees, many owners are facing challenges related to hiring, mental health, and childcare coverage.

The labour shortage continues to bite, with small companies often struggling to compete with incentives offered by larger employers.

Some 73 per cent of small business owners are currently advertising for full-time or part-time employees, but 87 per cent of those hiring are finding it difficult to recruit qualified candidates. Four-fifths say that problems filling vacancies are beginning to impact their bottom line.

One of the main reasons for the labour crisis is how the pandemic upended childcare with schools switching to remote learning. As schools reopen, it is hoped that this pressure may ease, but 44 per cent of respondents say a return to remote learning would make it difficult to retain employees.

A staggering 49 per cent responded that their employees have faced mental health-related issues as a result of the pandemic, and only one-fifth say they can afford to provide their sufficient mental health resources to staff.

It is therefore not unexpected to see 64 per cent of small business owners saying that their workforce challenges have worsened compared to the pre-pandemic economic climate.

Fifty-one percent of Black-owned businesses have less than three months of cash reserves in case of an emergency or another coroanavirus business shutdown – seven per cent greater than their peers.

Some 54 per cent of Black-owned small businesses expect to need to take out a loan or line of credit for their business in the next six months, whereas only 29 per cent of non-Black businesses owners believed they would be in the same position.

Even when it comes to employment levels, Black-owned small businesses have been slower to recover. Across the board the median number of employees for a small business before the pandemic was 11, and is now 10. For Black-owned businesses, the respective figures are nine and six.

As to what the government can do to offer greater support to small businesses, 92 per cent say it is important that the Biden Administration prioritises policies to level the playing field for small businesses.

Some 96 per cent of those surveyed said state and local governments should prioritise federal Covid-19 relief funds to provide small businesses access to capital.

The methods and menace of the new bank robbers

Why Is Bitcoin Valuable and What Backs It?

The Annuity That Lets You Change Your Mind

Barcelona given major boost going into key part of the season