British food and drink firms are today calling on Ministers to launch urgent talks with European Union officials after an investigation by The Mail on Sunday found that UK exports are routinely being blocked due to ‘an avalanche of red tape’.

When Britain left the EU in January there were reports of delays in getting perishable goods into mainland Europe.

But now the MoS can reveal the EU border crisis is more severe – and is costing the UK economy vast amounts of lost business.

Red tape: The EU border crisis is more severe – and is costing the UK economy vast amounts of lost business

An alarming one in five small exporters have stopped selling into the EU because of the extra red tape and costs involved, according to the Federation of Small Businesses. A further one in five are thinking about ending sales to the EU, the trade body said.

Writing in the MoS today, Shevaun Haviland, director general of the British Chambers of Commerce, warns of a ‘gathering storm in our export sector that threatens to derail the recovery and our long-term ambitions for a truly global Britain’.

She says exporters are being ‘consumed in an avalanche of red tape and blockaded by disruption’ and warns they face ‘problems which they simply cannot solve’.

A record 28 per cent of UK exporters reported falling sales between April and June in the most recent British Chambers of Commerce survey.

Our investigation into the food and drinks export crisis also revealed:

The warnings come after the MoS revealed last month that draconian border controls were making it ‘almost impossible’ for Marks & Spencer to get sandwiches to its stores in Paris. Before Brexit, firms could export goods freely into the bloc. But they now face a string of new hurdles including extra customs paperwork and VAT charges.

Mike Cherry, chairman of the Federation of Small Businesses, said: ‘We urgently need to see policymakers on both sides of the Channel assessing ways to ease the admin burden for small exporters, which are often among our most innovative and profitable firms.’

Haviland added: ‘We are calling on senior Ministers as well as EU officials to step in and urgently examine the issues plaguing small and medium-sized exporters.’

Welsh whisky exporter Penderyn Distillery’s chief executive, Stephen Davies, said he had lost out on ‘tens of thousands of pounds’ of potential business as sample boxes of his drinks had been repeatedly returned from Spain, Germany and Ireland.

He added: ‘The packages are either coming straight back and the courier shrugs their shoulders, or the customer has to fill out an enormous amount of paperwork to receive really small quantities of alcohol with no commercial value. It’s embarrassing, it makes us look like we’re very inefficient.’

Claire Ashbridge-Thomlinson, director of the East London Brewing Company, said her firm is also unable to win new business after a string of failed deliveries. Repeated attempts to send beer to Spain, Italy and Sweden has seen packages returned, meaning wholesale buyers were unable to try the drinks before deciding whether to import in bulk. 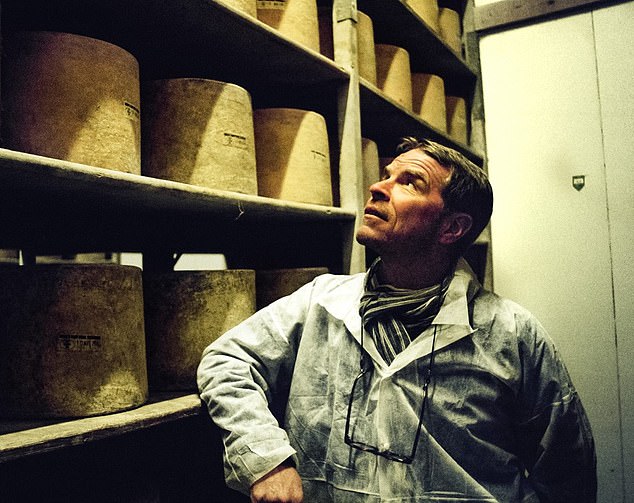 Bad smell: Jason Hinds, sales director of Neal’s Yard Dairy, said pallets of its artisan cheeses had gone off after lorries were rejected at the French border and sent back to Britain

‘One box was sent back four times with no explanation,’ she said. ‘We’re talking about a £12 box of beer on which I spent £1,000 trying to send unsuccessfully.

‘Short of my inside leg measurement, I could not have given them more details the last time we sent a delivery to Spain – and it still came back.’

Jason Hinds, sales director of Neal’s Yard Dairy, said pallets of its artisan cheeses had gone off after lorries were rejected at the French border and sent back to Britain due to admin issues with other exports being carried on the same truck.

He said: ‘These are products with a shelf life. It used to take around a week to get the cheese from order to arrival, now the paperwork is causing delays and, in the worst cases, whole lorries to be turned back. It’s all very frustrating.’ The firm is considering leasing its own vehicle to move goods to France to counter the problem.

Hinds said the average cost of shipping a pallet before Brexit was £75 and has now risen to £240.

Scottish luxury chocolate maker Chocolate Tree – which exports to Germany, France, Holland and Belgium – said one shipment was rejected because the code number was missing two zeros at the end.

A delivery of whisky-nibbed chocolate was held up because it was treated as an alcoholic product even though it has less than 1 per cent whisky.

Founder Alastair Gower said: ‘The French are very proud of their food heritage and we had to work really hard to find a distributor. We did and it has been a success and we’ve built up our business over there, but now it feels like the rug is being pulled from underneath us.’

Antony McCallum’s Scottish whisky brand House of McCallum exports across Europe. He said the system of exporting is now very slow and warehouse providers in the Netherlands are ‘profiteering’ from UK businesses taking warehouse space to counter the effects of the border problems. He said that extra costs for his customers to import his alcohol were endangering his long-term prospects. ‘The price differentiator is now so great that my customers are saying they’re buying more French whisky. It won’t hit the big guys like Johnnie Walker and Diageo, but small producers like mine are suffering,’ said McCallum from Paris, where he has set up a new business entity. 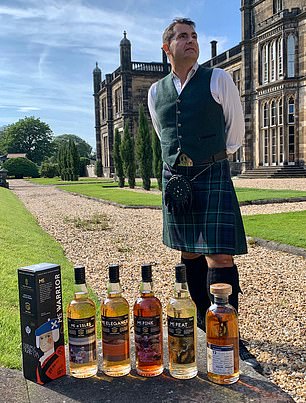 He is also scouting for a warehouse in France to smooth deliveries within Europe.

Paul Rostand, of Dorset-based Great British Biscotti Company, said: ‘The French and German politicians were so vindictive that it has had a huge impact on business. Our orders there have just dried up. I’m going to leave it six months before I try to export there again – to allow the politicians time to wake up and act practically, like adults. That said, the Department for International Trade has been phenomenal in winning us new business in the Middle East and Far East.’

However, Rod McKenzie, at The Road Haulage Association, said: ‘It’s fine to have ambitions to trade around the world with non-EU countries. But we have to accept our geography and that for certain businesses – particularly perishable food – it’s not practical to focus on markets halfway across the world rather than Europe. We can’t just ignore our biggest market.’

Businesses have warned that problems could escalate when reciprocal measures to add extra checks on European imports into the UK are introduced in October. A shortage of lorry drivers to transport goods is causing supply headaches around the UK and Europe.

The problems are unlikely to have hit large exporters that had existing significant European operations and resources to plan extensively for Brexit.

Brewer Ashbridge-Thomlinson said: ‘Ministers need to step in. The Government is holding so many seminars trying to help people export to Europe after Brexit, but they need to send people down from their embassies in Europe and find out what is actually the problem. At the moment, it’s just Kafkaesque.’

Has your business been hit by border problems? Email: [email protected] mailonsunday.co.uk

Silicon Valley’s tech monopoly is over. Is the future in Austin, Texas?

Yet Again, COVID-19 Could Send Europe’s Economy Into A Tailspin

Impersonation scams more than doubled in first half of 2021

MR MONEY MAKER: Active vs. passive: which way to go with your funds?

End of Year To-Do List for Every CEO – Under30CEO

Army team hit by Covid-19 pulls out of Durand Cup