ALEX BRUMMER: New tax levy takes too much out of economy too soon 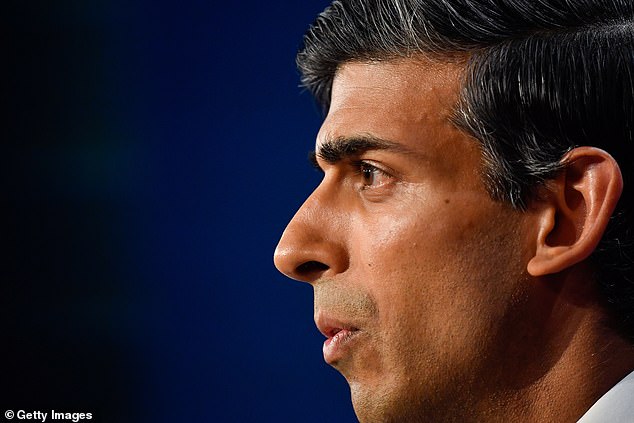 ALEX BRUMMER: New tax levy will damage job creation and hurt enterprise, entrepreneurship and savings – it takes too much out of the economy too soon

Britain’s much heralded freedom day on July 19 proved anything but. A host of factors – such as the pingdemic, supply chain issues and a slowing in vaccination rollout – meant that output in July fell well below market expectations, with growth of just 0.1 per cent.

That had City economists reaching for their Excel sheets, with Goldman Sachs cutting its third quarter forecast from an upbeat 2.6 per cent to 1.4 per cent.

Britain’s Covid bounce looks much less springy than hoped. The patchy recovery comes at a tricky moment. Much of the hourglass Covid-19 assistance is ending.

Good economics?: In terms of maintaining growth it may be precisely the wrong moment to impose a £12billion tax burden on work, as Chancellor Rishi Sunak may discover

The stamp duty tax break, which set the housing market on fire and supported the services and construction sectors, has gone.

Some 1.6m people, still on furlough, are waiting to be called back to full-time work and the £20 per week uplift for needy households on universal credit ends on October 6. The age of pandemic subsidy is coming to an end.

It is important for every citizen that the shadow of social care and the funding needs of the NHS is being addressed.

But in terms of maintaining growth it may be precisely the wrong moment to impose a £12billion tax burden on work.

Business and employees may have until April next year to contemplate the tax shock, but in the Anglo-Saxon economic model, penalising jobs is no solution.

If work is to be made more attractive and people currently classified as economically inactive are to be brought back into the workforce, they are unlikely to fill in application forms if they know the Government is going to grab a large chunk of wages. Moreover, firms may think twice about hiring people, such as truck drivers, at improved wages if the payroll tax is increased.

George W Bush’s main economic response to 9/11, precisely two decades ago, was a sharp cut in US payroll taxes. It was an incentive not to sack people, and to take on new staff, as the economy buckled from the terror shock. It was a supply side initiative which provided an output and jobs boost.

The new NHS and social care levy ends any pretence that post-Brexit UK is aiming to be Europe’s Singapore. In the pipeline is a swingeing rise in corporation tax from 19 per cent to 25 per cent. This despite the fact that George Osborne’s war on company taxation saw revenues rise.

Moreover, the rise in the taxation of dividends, which accompanied the Government’s new package, may look alluring because it appears as if the wealthy will be hardest hit. But it is also a blow to the Reddit generation, share buyers for the first time, as well as other savings.

Because the social care and NHS fix was not a formal financial statement, the underlying arithmetic and impact on the public finances won’t be explained until next month’s budget. What we do know is that faster-than-expected growth since the March budget and restrained department spending has already delivered a borrowing undershoot of £25billion.

The ability of a faster growing economy to deliver bigger tax revenues – without introducing new charges – should not be underestimated. A further concern, pointed out by Institute for Fiscal Studies, is that ‘the creation of an entirely new tax will mean yet more quite unnecessary complexity’. It is also an open goal for a future Chancellor to raise more revenues in the name of the NHS if required.

The distributional aspects of the 1.25 per cent levy have been widely challenged on the Left.

Nevertheless, whichever way it is looked at, the new levy will damage job creation and hurt enterprise, entrepreneurship and savings. It takes too much out of the economy too soon.

There were moments of great honesty from Welsh-born Silicon Valley guru Michael Moritz at a London event hosted by buy now, pay later specialist Klarna (which he chairs).

The Sequoia investor, who backed Google and Paypal among others, admitted he had allowed Elon Musk’s Tesla and Netflix to slip through his fingers. He couldn’t quite see why anyone would bother with Netflix when they could pop out to Blockbuster.

As for Musk’s other venture Space X. . . that’s a whole different ball of wax.

How to lead from afar

Why Jerome Powell Could Be Trapped At Zero For Years