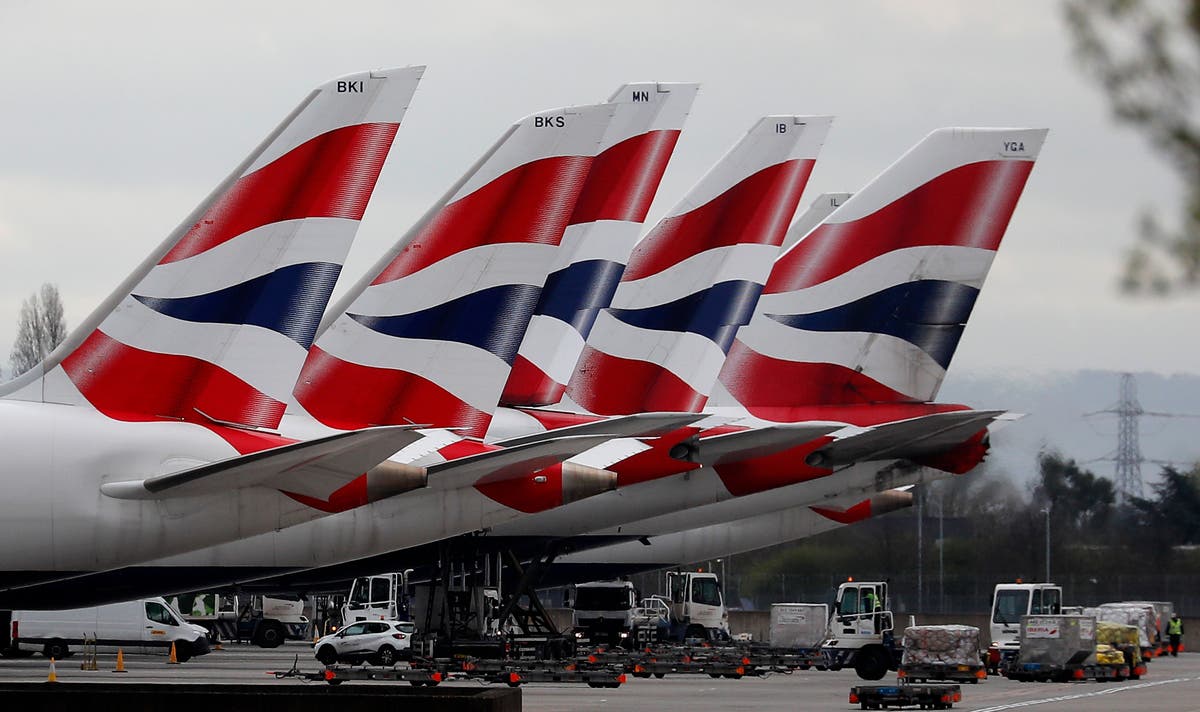 Shares in the major transatlantic airlines soared after the US announced it was easing strict Covid-19 travel rules imposed by the Trump administration in the early days of the coronavirus pandemic.

The executive order, renewed by President Joe Biden when he took office, banned citizens from a number of countries from travelling to the US, including the European Union’s Schengen Zone, the UK, and Ireland.

Airlines have been pleading with the administration to lift the ban for months after the UK and EU both lifted restrictions on Americans.

White House pandemic coordinator Jeff Zients told reporters that he expects fully vaccinated Europeans to be able to fly to the US from “early November”.

The news saw shares in IAG, owner of British Airways, Iberia, and Aer Lingus, jump by 11 per cent in London. Engine-maker Rolls Royce was also up five per cent.

In Europe, shares in Germany’s Lufthansa and Air France–KLM rose by approximately seven per cent.

On Wall Street, American Airlines, Delta Air Lines, and United Airlines – the US carriers with the largest international networks – all saw their share prices rise despite a broader market sell-off that saw the Dow Jones Industrial Average plummet 650 points.

The US will admit fully vaccinated air travelers from the 29 Schengen countries in Europe including France, Germany, Italy, Spain, Switzerland, and Greece, as well as Britain, Ireland, China, India, South Africa, Iran, and Brazil.

The existing policy had barred non-US citizens who had been in those countries within 14 days.

All foreign travelers flying to the US will need “to demonstrate proof of vaccination before boarding, as well as proof of a negative Covid-19 test taken within three days of flight”.

President Biden will also tighten testing rules for unvaccinated American citizens, who will need to be tested within a day before returning to the US, and then again after they arrive home.

Aviation analyst Alex Macheras tweeted: “For aviation, this is the news BA, Virgin Atlantic, Air France, Iberia, Lufthansa, and so many other airlines have been desperately waiting for.”

He added: “Transatlantic travel is an immensely lucrative market. Most in aviation never believed the US bans could last beyond a few months.”

“This is a major turning point in the management of the virus and will accelerate the recovery of the millions of travel-related jobs that have been lost due to international travel restrictions,” Mr Dow said.

“The US Travel Association expresses its deep appreciation to the President and his advisors – in particular Commerce Secretary Raimondo, who has been a tireless advocate – for working with the industry to develop a plan to restart international travel and safely reconnect America with the world.”

British Airways CEO and Chairman Sean Doyle said the news was a “historic moment and one which will provide a huge boost to Global Britain as it emerges from this pandemic”.

Industry group Airlines for Americas President and CEO Nicholas Calio said in a statement: “Today’s announcement marks a positive step in our nation’s recovery, and we look forward to working with the Administration over the coming weeks to implement this new global system.”

The group says that international air travel is 43 per cent down from pre-pandemic levels.

Deliveroo founder Will Shu under pressure to ditch his golden share

How To Get A Foreign-Stock Portfolio With A 4% Yield

Amazon rolls out male voice for its smart speakers