Italy’s ITA takes to skies in ashes of Alitalia 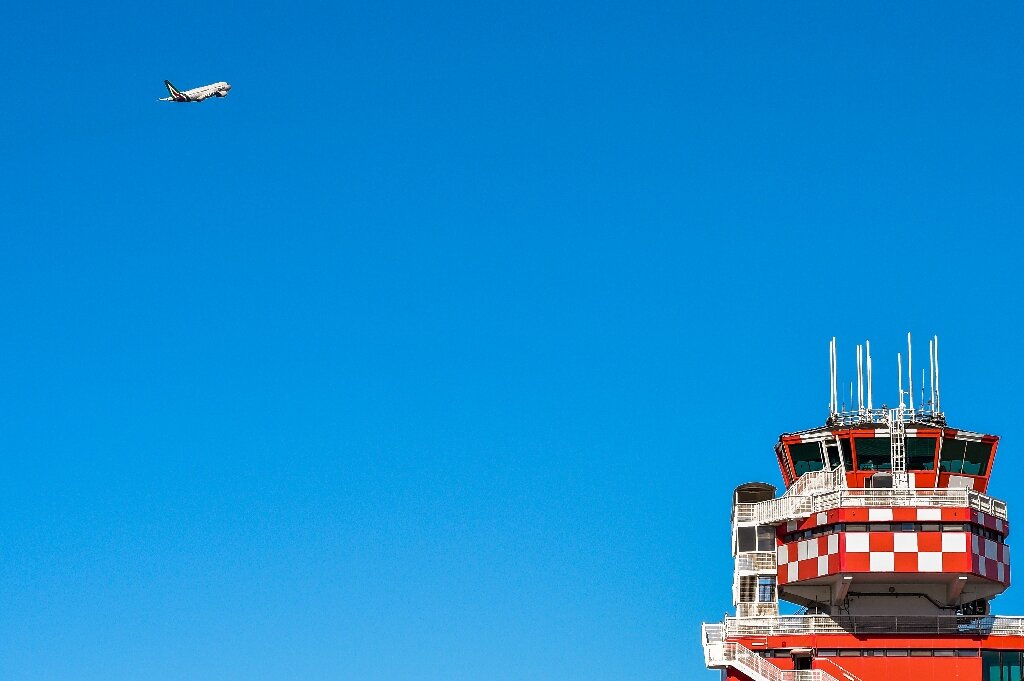 Italia Trasporto Aereo has been formed out of the ashes of the loss-making Alitalia, which was placed under state administration in 2017 but deteriorated further during the coronavirus pandemic.

Under a deal agreed with the European Union, the new debt-free venture has taken over half of Alitalia’s planes and landing slots—but thousands of staff are out of a job.

“This is considered the last flight of Alitalia,” a solemn Captain Andrea Gioia addressed passengers, before the crew were met by a toast by fellow employees on their arrival at Rome’s Fiumicino Airport.

Launched on May 5, 1947, Alitalia symbolised the economic success of post-WWII Italy, and it became the airline of choice of the popes after Paul VI used the carrier in 1964.

By the 1970s it was the world’s seventh-largest airline. But decades of subsequent decline only worsened in recent years.

“It is with deep sadness that we witness the end of Alitalia, it was our national flagship, a symbol of the history of this country,” said Laura Facchini, 47, an Alitalia flight attendant for 20 years.

Like many others, she applied in vain to be taken over by ITA, part of the 2,800 people recruited this year. ITA intends to hire 5,750 more employees in 2022, still short of Alitalia’s total 10,500 employees.

“We don’t have jobs anymore. We were very attached to this company, very motivated, we always had a smile on our faces,” she told AFP.

Alitalia unions have held frequent demonstrations, protesting against what they call ITA’s proposed “discount contracts”, with wage cuts of up to 20 percent and even 40 percent for pilots.

On the verge of bankruptcy, Alitalia was placed under public administration in 2017, but Italy struggled to find an investor to take it over.

The situation was made worse by the pandemic, which grounded airlines worldwide.

In 2020, Alitalia was losing two million euros a day, carrying only 6.3 million passengers, compared to 52.1 million at Ryanair and Air France-KLM’s 34 million.

In September, the European Commission gave the green light to the new venture and authorised the injection of 1.35 billion euros ($1.6 billion) of public funds—while exempting ITA from having to pay back the state aid received by its predecessor.

Over the years, the Italian state has spent more than 13 billion euros to revive the company, between recapitalisations and bridging loans. Notwithstanding, accumulated losses reached 11.4 billion euros between 2000 and 2020.

Competition has intensified since low-cost airlines Ryanair and Easyjet cut prices on short-haul routes and the high-speed train from Rome to Milan reduced travel time by half to three hours.

“The big mistake was not to invest in the lucrative long-haul market,” Andrea Giuricin, a transport economist at the University of Bicocca in Milan, told AFP.

He said ITA is hardly guaranteed success, having taken over half of Alitalia’s fleet, 52 planes, including seven wide-body aircraft.

“Resisting competition from the giants Air France-KLM and Lufthansa on international routes and from low-cost airlines on the domestic market is a mission impossible,” he said.

New Italian airline to take off on October 15

Disney Rallies On Positive Earnings. Here’s How To Trade It Now.

Paddy Power plummets as punters cash in on favourites winning

Total tax on petrol down to 50 per cent, diesel to 40 per cent after duty cuts – Times of India

Want to Make Smarter Decisions? This Quick Test Can Dramatically Improve Your Judgment and Reasoning