Jerome Powell’s Fed Has Much To Learn From Korea 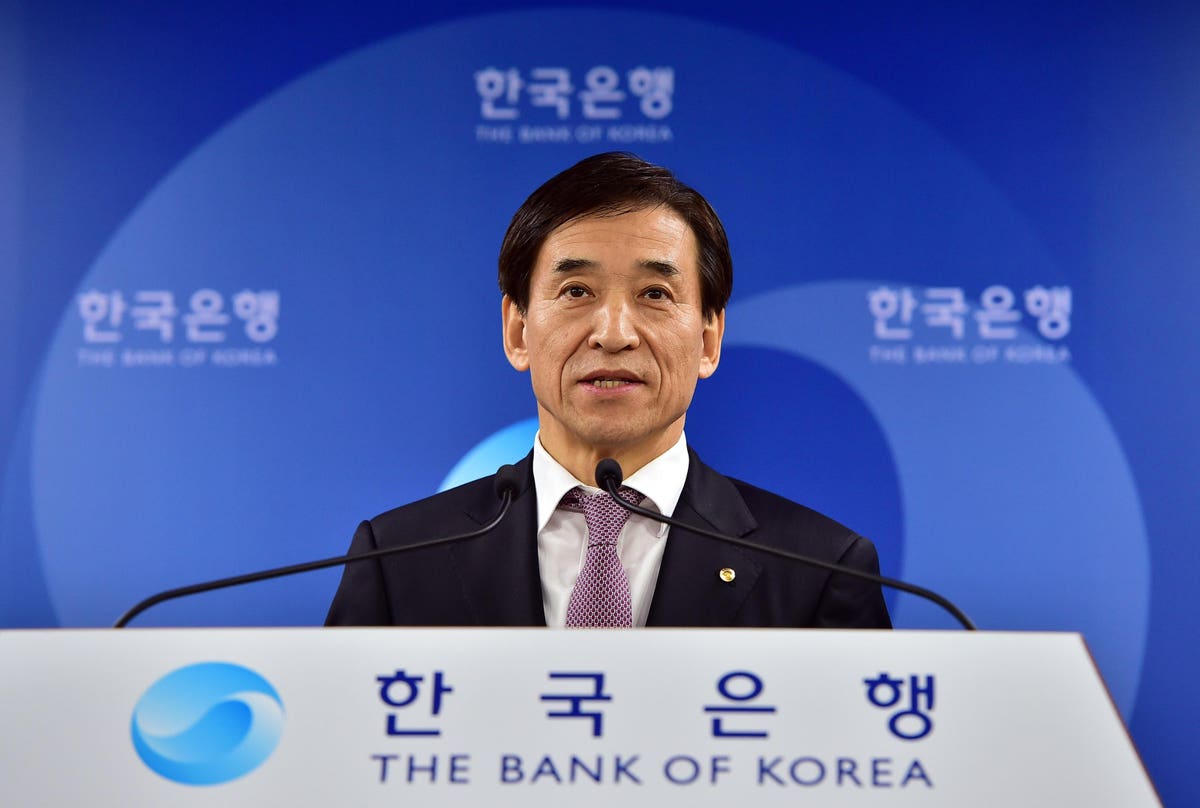 Federal Reserve officials are generally good about learning from their past successes and failures. They’re less skilled, though, at studying peers abroad with a better grasp of this moment in global economics.

Such may be the case with the Bank of Korea in Seoul, which just raised interest rates for the second time since August. The BOK is acting, in other words, as the Fed talks. As Powell’s team debates whether the inflation rising around them is real, Governor Lee Ju-yeol’s staff is taking no chances.

In acting to tame asset bubbles and prevent inflation from escalating further, Lee’s BOK is channeling Paul Volcker’s Fed as Powell tries his hand at an Alan Greenspan-like experiment.

I don’t want to overplay the point. Lee is hardly about to drive Korea into recession the way Chairman Volcker did in the late 1970s and early 1980s. Nor is Powell gambling, Greenspan-like, that productivity is surging faster than data suggest and inflation will fade as technological disruption saves the day.

But Lee’s tightening moves remind us why central bankers tended to be reviled more than celebrated prior to the mid-1990s. Volcker, after all, got death threats for driving rates so high.

Something changed around 1995, when Greenspan and peers at the German Bundesbank and elsewhere became, well, financial rock stars of sorts. If you think this is hyperbole, Google your way back to the late 90s when Greenspan was being featured in People magazine alongside Leonardo DiCaprio and the Spice Girls. His 1997 wedding to TV reporter Andrea Mitchell got more headlines than Robert De Niro or Cate Blanchett walking down the aisle.

This celebrity came at a grave cost. Because of it, and a great economy at the time, Greenspan became a folk hero—a seer who wasn’t to be questioned by lesser mortals. When Greenspan told Congress to end Depression era firewalls between savings, commercial and investment banks, Congresspersons said yes sir.

In the early 2000s, Congress dutifully cut taxes because Greenspan said, weirdly, that budget surpluses were bad. Only when Lehman Brothers imploded in 2008 did Washington realize that essentially entrusting economic strategy to one guy wasn’t so wise after all.

The Fed, however, returned to something approaching the Greenspan era under Powell. At first after being tapped for chairman in early 2017, Powell stayed on the tightening path of predecessor Janet Yellen.

After some mean tweets and Donald Trump’s threats to fire Powell, the Fed started cutting rates. That was despite the multi-year expansion Barack Obama had bequeathed Trump. An a massive tax cut package under Trump.

Those moves left the U.S. with less monetary ammunition when Covid-19 hit. But the bigger problem is the way ultraloose monetary policy tends to warp the incentive structure. Ask Japan how zero rates for 21 years are working out for average wages or innovation. Not well.

Nobel laureate Joseph Stiglitz is calling on central banks to do more to fight inequality. But Japan demonstrates how monetary authorities doing too much can have the opposite effect. Aggressive policies have tended to enrich wealthy asset owners at the expense of everyone else.

Excessive monetary support takes the onus off governments to restructure economies to increase competitiveness and make growth more inclusive. It rids CEOs of urgency to innovate and recalibrate business models.

In Seoul, Lee’s BOK is going the other way. Though Korea doesn’t face America’s inflation troubles, Lee is signaling “last call” to the nation’s politicians and chieftains. It’s the job of a central banker, after all, to yank away the proverbial punchbowl as the party is just getting going.

One problem Lee is trying to address is runaway household debt and other borrowing-related imbalances. Regulators have tried to cool things down with conventional “macro prudential” tweaks to leverage and taxes. Commercial banks have been forced to get choosier about mortgage lending.

Little has helped. In late 2019, the ratio of household debt-to-gross domestic product topped 90%. Household credit hit a record, too. So, at the margin, BOK rate hikes could be just the warning signal the industry needs.

It’s also a signal to President Moon Jae-in that it’s high time to put a couple of reform wins on the scoreboard before he leaves office in May. Since 2017, Moon relied as much on Lee’s ultralow rates as much as Trump relied on Powell.

Neither economy is better off after years of leaving central bankers in control. But at least we’re seeing an effort in Korea by the BOK to be the adult in the room. Powell’s Fed could learn from Lee’s gambit. If it’s listening.

Why AbbVie Is A Top 25 Dividend Giant

Are Your Video Marketing Efforts Doomed? Find Out What the Pitfalls Are

Why We Should All Be Investing In Women-Owned Businesses

Will get back all money taken away from banks; ‘shall not let go defaulters scot-free’: Sitharaman – Times of India

Is there a hidden windfall lurking in your attic?

Azeem Rafiq suggests he will go public with allegations against Yorkshire