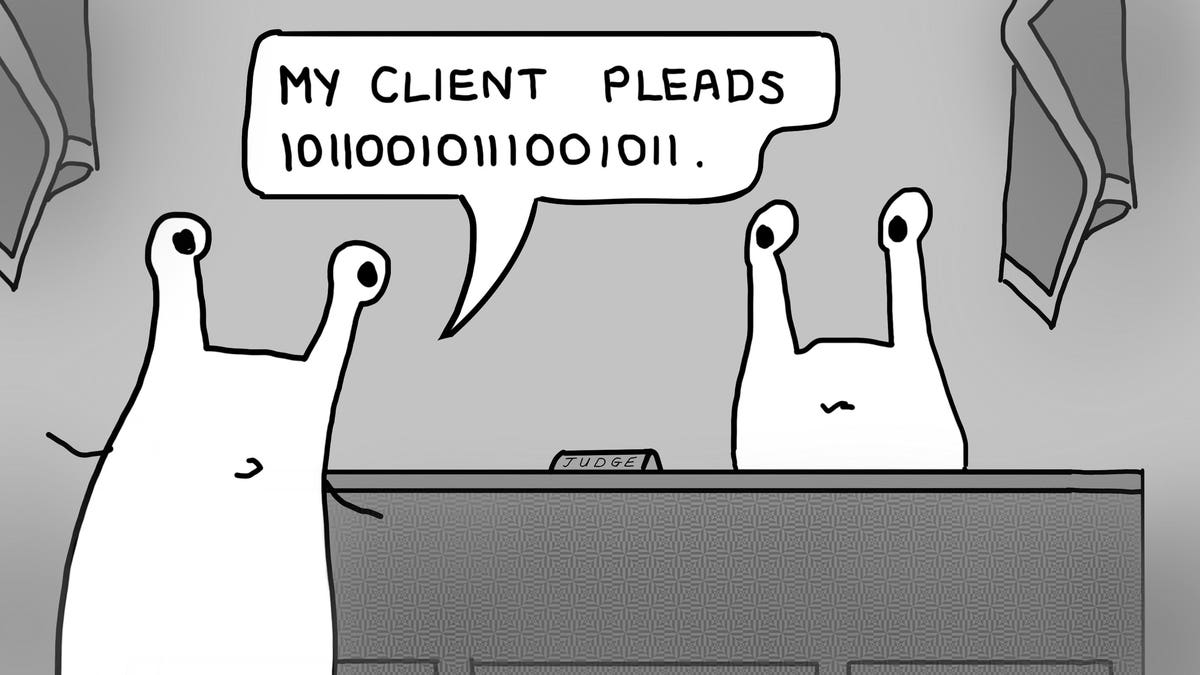 But they are the building blocks of a new financial infrastructure.

A California federal judge has ruled that South Korean crypto project ICON (ICX, a blockchain-powered network that supports smart contracts and was historically considered South Korea’s answer to Ethereum) may have acted improperly when it instructed Kraken and Binance to freeze 14 million tokens minted by a crypto “hacker”. The word hacker is in quotes here, because it’s a matter of some dispute what constitutes a hack when it comes to smart contracts on a blockchain.

In this case, the alleged hacker, Mark Shin, countered that he had never hacked any part of ICON’s system, but he had simply used the code as it had been programmed. Mr. Shin’s lawyer is quoted as saying that “if the blockchain says you have certain tokens, and you didn’t take those tokens from another individual, the rules of blockchains are that that property belongs to you”. In other words, code is law and this has nothing to do with “hacking” and everything to do with redistributing value to, as my friend David Gerard would put it, cryptographically more deserving causes.

These smart contract errors are not exactly rare, by the way. An investigation conducted by CyberNews found that nearly 3,800 Ethereum smart contracts had vulnerabilities in them and called them a “time bomb”. It is hard to disagree. A detailed paper IEEE paper on “Smart Contract: Attacks and Protections” analysed a number of security tools to detect vulnerabilities in order to assess their effectiveness and found that not all vulnerabilities were detected, providing a dangerous false sense of security that attackers can abuse, and concluded that developing secure smart contracts “remains a challenge”.

Many of these problems with the smart contracts are caused by “traditional” programming errors. Earlier in the year, I remember looking into another smart contract failure that contains an exemplary case. If you are interested, the detailed analysis is on Medium, but the essence of it is that there was an error in a smart contract where the programmer had set a condition “greater than zero” rather than as it should have been “greater than or equal to zero”, result in a couple hundred million dollars vanishing. The developers, rather wonderfully, reported on Telegram that because of a condition “which we have unthought of”, the money won’t be coming back.

As I was sitting down to write this piece, I noticed that Poly Network had reported that a person or persons unknown used yet more bugs in smart contracts to redistribute some $600m worth of Ether, Binance Coin and USDC to cryptographically more deserving wallets (you can read about the details here). Poly Network responded by abandoning code is law and threatening both legal action and direct action saying “law enforcement in any country will regard this as a major economic crime and you will be pursued” and the perpetrator eventually returned the funds.

(I can’t decide whether this is a real story, a marketing stunt or performance art. My best guess is that the attacker slipped up in such a way that they could be identified by vigilantes, since their IP address and email were discovered soon after the heist.)

Understanding what is going on here is important, because of persistence. Smart contracts are not like other apps. People are lousy at writing software but when there’s a bug in Word then Microsoft
can just download a patch and fix it. But blockchains are immutable: that’s sort of the point of them. You cannot patch a bug in a smart contract, all you can do is fork the blockchain back to a time before the smart contract was executed.

So here we have simple apps, written by people who are fallible, that cannot be corrected and that need vigilantes to resolve disputes. All of which suggests to me that “smart contracts” is one of the worst marketing labels in history.

Bill Maurer and DuPont nailed this in their superb King’s Review article on Ledgers and Law in the Blockchain back in 2015, when they pointed out that smart contracts are not contracts at all but computer programs and so strictly speaking just an “automaticity” on the ledger. In my book “Before Babylon, Beyond Bitcoin” I reiterated that point and further mentioned Ethereum inventor Vitalik Buterin’s comment that he wished that with hindsight he had used the word “persistent script” instead.

Some apps are not like other apps, in short. But what is the point of these persistent scripts? Gartner’s
Avivah Litan summarised the situation well by saying “the benefits and logic of smart contracts are not understood by all parties” (or indeed, I might add, any of the parties in some of the use cases I have seen).

I think that benefits are significant and the logic will be clarified in time. Yes, they are not smart, and they are not contracts. But they are useful. They enable users to form decentralized digital agreements without the need for a third party, which has attracted interest around services including banking, health and insurance. There is the potential here for an entirely new financial infrastructure: that of decentralised finance, or “defi”.

The St. Louis fed wrote that defi may increase the “efficiency, transparency, and accessibility” of the financial infrastructure and I think that they are right. Moreover, the system’s composability allows anyone to combine multiple applications and protocols, thereby creating new and exciting services: this is the world of the “Money Legos” that advocates describe so enthusiastically.

The opportunity to build complex, structured products through defi means transactions execute through the use of smart contracts rather than through financial institutions and markets. One of the reasons that I have always been interested in the potential here is because of the transparency that comes from such structures and what this might mean for regulation.

In a detailed and fascinating paper on the topic Dirk Zetsche, Douglas Arner and Ross Buckley summarise the defi opportunity as an opportunity for the development of an entirely new way to design regulation, specifically with the concepts of “embedded supervision” and “embedded regulation” (or as Richard Brown, Salome Parulava and I called it “ambient accountability”) potentially decentralising both finance and its regulation in the ultimate expression of not fintech, but regtech.

This approach opens up an entirely new field of finance with significantly more complex instruments and significantly lower costs. However, it has to be noted that smart contracts’ key selling points of flexibility and efficiency could be, at the same time, their biggest challenge to institutional adoption. In the same way that defi offers multiple avenues for users to take advantage of their yields and value propositions, hackers also rely on that flexibility to conduct attacks and simple exploits mean the infrastructure is a gamble.

The more the use of smart contracts expands, the more it catches the attention of potential attackers, both for technical exploits and what you might term market exploits (eg, front running). Many observers think that what we have now (the Ethereum Virtual Machine, or EVM, basically) is just not suitable, and I can see where comments such as “EVM was the first engine of smart contract blockchains. Like with the early automobiles, we do not drive T-Fords today” and “EVM and its programming language @soliditylang are very use case focused and narrow. They can do little computing, slowly, similar to a dumb phone from 1999” are coming from.

What about Bitcoin then? I note that in discussing Jack Dorsey’s plans to launch a decentralised exchange, one of the key Square
executives said that “we’d love for this to be Bitcoin-native, top to bottom” although it is not clear at this point how that might work and how the necessary smart contracts might be implemented. I imagine that Square have the resources and talent to figure it out, so who knows?

I’m not clever enough to know whether defi will be built on Ethereum 2.0 or Solano or Liqudity, but I am smart enough to know that it will be built and it therefore makes sense for financial services organisations to start working on their own strategies for exploiting the new markets that will grow up in this new and more decentralised world.

After Covid Closures, Americans Are Starting to Break Out of Their Home Gyms

The new economics of global cities

Rupee rises 26 paise to 75.26 against US dollar in early trade – Times of India