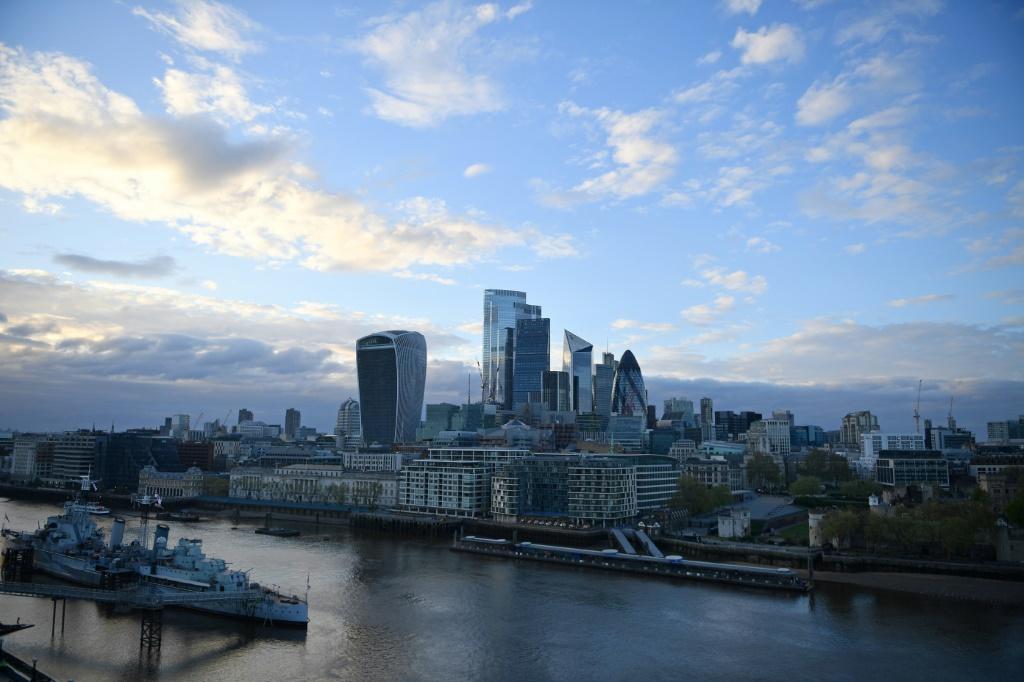 London’s once bustling City finance district is grinding back to life, but it bears the scars of the deadly pandemic, sparking fresh questions over the future of the so-called “Square Mile”.

The Covid-19 health crisis erupted in April last year, sparking a nationwide lockdown that turned the global financial hub into a ghost town.

City workers were forced to work remotely and some have since adopted hybrid or flexible work that splits time between home and the office.

Britain fully exited lockdown last month, buoyed by speedy vaccination, but many workers appear in no hurry to return to the office amid fears over the Delta Covid variant.

“There remains an underlying reluctance of many to risk exposure to the virus, either in the workplace or on the journey to work,” Remit Consulting’s corporate real estate specialist Lorna Landells told AFP.

School holidays and the government’s Covid policy have impacted the return to office life, but fully vaccinated Britons are no longer required to self-isolate after coming into contact with an infected person.

Nevertheless, central London office occupancy is just 10.3 percent of its total capacity in the week ending August 20, according to data compiled by Remit.

“When I’m looking out of my office window, the streets look fairly empty,” said Nigel Wilson, the head of insurer Legal & General, in a recent interview with The Guardian newspaper.

“We are still very early days into (the reopening) and I do expect more people to be back in September.”

In contrast, Howard Davies, chairman of NatWest bank and a former head of London’s financial watchdog, believes that the City has changed forever.

“It will look quite a lot different during the day and central London will not go back to the footfall that we had before — people are concerned about the risks of travelling and they’ve discovered they can do things in a different way.”

Yet banking giants like Barclays and HSBC are betting on long-term hybrid work patterns, which has also cut their need for office space.

Almost 80 percent of City workers plan to be back in the office from September, according to a recent survey by recruitment firm Michael Page.

Yet only 25 percent of workers expect to return to the full five-day working week.

City authorities are putting a positive gloss on the outlook for the area, the financial clout of which already remains uncertain as a result of Brexit.

“Central office hubs still have a crucial role to play — whether it be for staff development, team morale, collaboration and creativity, networking opportunities, or much more,” said Catherine McGuinness, policy chair of the City of London Corporation, in a statement to AFP.

“Many employees themselves are eager to return to the office for at least part of the week, and their return will deliver the footfall needed for the hospitality and retail sectors.”

The Corporation runs the Square Mile, or historic financial district, which includes the Bank of England and St Paul’s Cathedral.

“While working patterns will certainly change — and that may mean some changes to the feel of the City — I think London will remain an important hub of global finance,” he told AFP.

More than half a million people commuted to and worked in the City before the pandemic, breathing life into its coffee shops, pubs and restaurants.

Buy Intel To Drive Away With MobilEye Spin-Out

Americans are retiring earlier, but what does that mean for the job market?

This Vaccine Maker Can ‘Dominate’ The Covid Market For Years To Come, Wells Fargo Predicts

Market’s record price action is mimicking late 1999 and it could spark a 10% to 20% correction, long-term bull Julian Emanuel warns

Diamonds On The Blockchain: A Sustainable Way For Everyone To Invest And Hedge Against Inflation

ALEX BRUMMER: Britain’s global ambitions depend on getting the world vaccinated

How to Ensure You’re Implementing Your Employees’ Best Ideas [VIDEO]