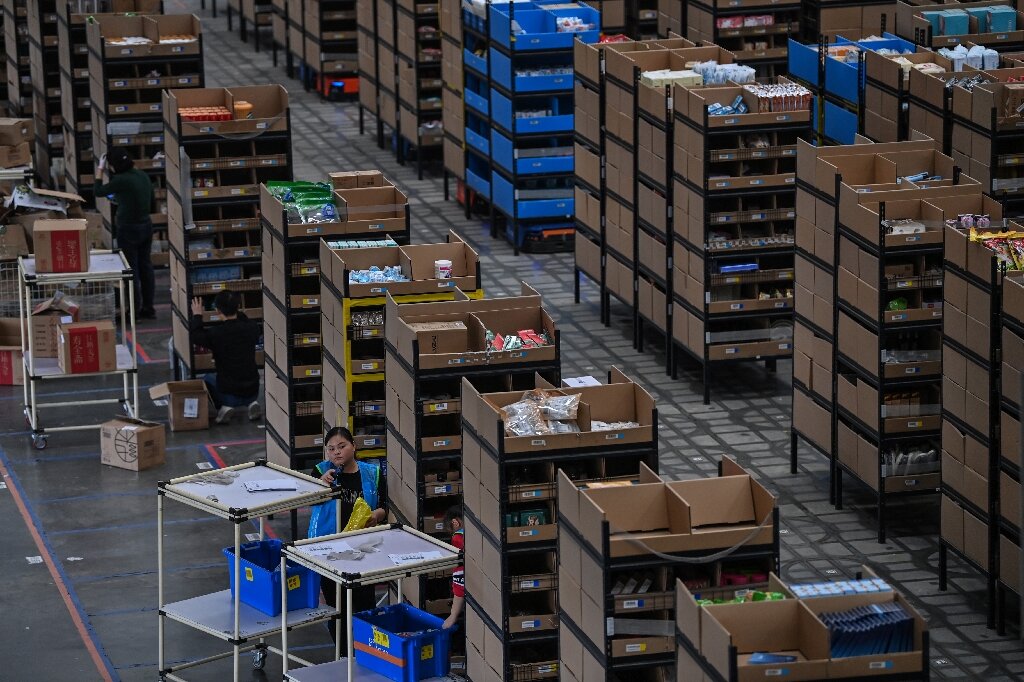 China on Thursday held a subdued version of its annual “Single’s Day” shopping spree, shorn of the usual boasting on sales volume as the country’s chastened e-commerce sector kept a lower profile amid a government crackdown on platforms such as those operated by Alibaba.

The world’s biggest shopping festival has for years been accompanied by aggressive promotions and breathless hourly updates by industry leader Alibaba detailing ever-rising sales figures equal to the annual GDP of many nations.

But there were no rolling tallies nor triumphant comments by executives from major platforms on Thursday and the event was virtually ignored by state-controlled media, in an indication that feverish sales hype might be a thing of the past.

But Alibaba and its rivals have expanded it to an extended promotion from November 1-11, and some retailers and platforms offer discounts, special offers and pre-sales as early as October.

“Single’s Day” dwarfs the US “Black Friday” shopping rush and has become a barometer of consumer sentiment in the world’s second-largest economy.

An Alibaba spokesperson said its sales figures would only be announced after the event’s window closes late Thursday night.

But with e-commerce under scrutiny, the usual buzz was muffled this year.

The government has taken aim at alleged abuse of user data and monopolistic business practices by online giants, with wider concerns that Chinese Big Tech had become too powerful and unregulated.

A shopper in Shanghai who gave only her surname, Wu, said this year’s retail fiesta was “not as lively”.

But she echoed many Chinese consumers in welcoming moves to rein in platforms increasingly viewed as more focused on volume than delivering good products and service.

“This is a better direction, better for the people, because no one can accept this kind of fraudulent behaviour,” Wu said after locating some “Single’s Day” clothing bargains at a Shanghai mall.

The government scrutiny has rattled big players like Alibaba, Tencent and JD, slicing billions of dollars off their equity values, but experts say the ruling Communist Party is not about to significantly hobble e-commerce.

The party is moving to lessen China’s over-dependence on manufacturing, exports and government investment, toward a more consumer-driven economy—and tech giants have aided greatly.

But if Thursday is any indication, “Single’s Day” may be a much quieter event in future.

The government is pushing a parallel “common prosperity” drive aimed at more equitable distribution of China’s economic gains, away from the super-rich and big business.

“Single’s Day’s” aggressive sales pitches and celebration of rampant consumerism may be viewed as conflicting with that objective.

The company was fined $2.75 billion, authorities postponed a record-breaking IPO by its financial affiliate Ant Group, and other tech giants were hit with fines and business restrictions.

The government has particularly targeted practices used by Alibaba and JD.com, such as banning merchants from selling their products on rival platforms and using algorithms to bombard consumers with sales pitches.

“Although the excitement remains, the smell of gunpowder among the e-commerce giants is significantly weakened,” respected financial-news website Jiemian.com said in a recent report.

“Single’s Day” normally generates big headlines in China, but on Thursday many top state-run media outlets instead played up the anniversary of the 1949 founding of China’s air force, which also falls on November 11.

Hint Founder and CEO Kara Goldin: How to Thrive in a Competitive Industry With No Experience

How Risk Tolerant Are You? Depends on the Day of the Week, New Science Shows

Investors Should Watch Out: The Fed’s Reverse Repos Are Exploding!