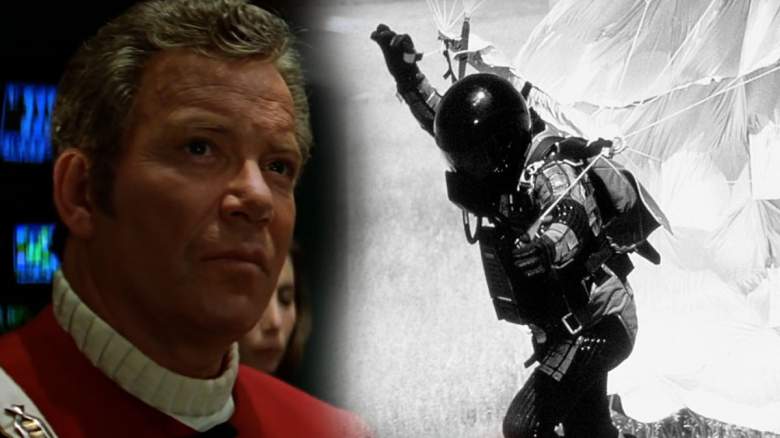 William Shatner as Kirk in “Generations”

When it was time for the baton to go from the original roster of “Star Trek” stars to those of “The Next Generation,” it was a chance for Paramount to score a big box office payday. They could pair the legendary William Shatner (James T. Kirk) with Patrick Stewart (Jean-Luc Picard) in a film that would please fans of both eras.

According to Trek lore, Trek boss Rick Berman and TNG showrunner Maurice Hurley came up with a script that was not used, which supposedly has never been made public. The real story for “Star Trek: Generations” was written by Ronald D. Moore and Brannon Braga, with input from Berman.

While the film served its purpose — uniting the two eras of Trek storylines into one feature — the reviews were just “so-so.” Since its debut, IMDB has amassed almost 75,000 opinions, and “Generations” scored 6.6 stars out of 10. Compare that with “The Wrath of Khan,” which scored a 7.7 out of 10 stars.

In 1994, when “Generations” hit screens, The New York Times’ Janet Maslin said that it was “predictably flabby and impenetrable in places, but it has enough pomp, spectacle, and high-tech small talk to keep the franchise afloat.”

Toward the end of the film, as Picard is trying to convince Kirk to stop the plans of Dr. Tolian Soran (Malcolm McDowell), there is a moment where Kirk realizes that this world is meaningless. Since they are both trapped in the Nexus, a wave of temporal energy where time does not pass, nothing they do lasts. While on horseback, Kirk jumps a creek and pauses, and Picard catches up.

“I must have jumped that 50 times,” said Kirk. “Scared the hell out of me each time… except this time. Because it isn’t real.”

What fans might not know is that this was also a reference to a deleted scene from the film’s start.

Initially, the film was supposed to open with Kirk landing in a field after orbital skydiving. He was greeted by Scotty (James Doohan) and Chekov (Walter Koenig). Fans can now watch the scene, as it’s available on YouTube.

As they waited for their captain, Scotty told Chekov: “Repelling the Crystalline Trench… rafting down lava flows… orbital skydiving. It’s like the man is running a bloody decathlon across the galaxy!”

Kirk landed, and according to the script, his “body-suit is charred, scorched, wisps of smoke still curling off of it.” At this point, Chekov reminded Kirk that he would need to “smile” as they had agreed to appear on the christening of the new Enterprise-B. Kirk refused, but the scene cut to when the bottle of Dom Perignon champagne smashed on the hull of the Enterprise-B, which is how the final cut of the film started.

According to Memory Alpha, this scene was deleted from the film because director David Carson said the scene made things too “top-heavy.”

In his book, “Star Trek Movie Memories,” Shatner said that scene was a bear to film.

“Very early on, our art department had decided that by the 23rd Century, parachutes would be smaller, flashier, and far more maneuverable than they are today,” Shatner wrote. His stuntman wore the same “black wetsuit kinda thing” and a black crash helmet and made the jump.

Shatner said that the stuntman’s chute deployed late when he was just 2,000 feet above the field. He said that at that height, the stuntman would still be coming down at about 35 miles per hour.

“At the same time, with the helmet still in place, this guy couldn’t see the ground; he started running in midair, cartoon style,” Shatner wrote. The stuntman survived, and Shatner quickly switched spots and acted out the scene with Doohan and Koenig.

Even though the scene was cut, Playmates did make an action figure based on this skydiving costume.

Latest update: Aryan Khan’s lawyers will be in the High Court tomorrow at 10:30 am – Times of India

Julia Bradbury diagnosed with breast cancer and will undergo mastectomy

Dave Chapelle reportedly doubles down after backlash to trans comments