Why Isn’t Derek Hough on the DWTS Season 30 Finale?

Derek Hough in the DWTS ballroom.

Derek Hough was missing from the “Dancing with the Stars” finale.

Instead, Derek’s sister – and fellow DWTS veteran – Julianne Hough was recruited to fill in for him at the judges’ table, according to Entertainment Tonight.

Here’s why Derek Hough sat out the milestone “Dancing with the Stars” finale.

Derek Hough Was in Quarantine Following a COVID-19 Diagnosis, But He Taped a Virtual Segment For the DWTS Season 30 Finale 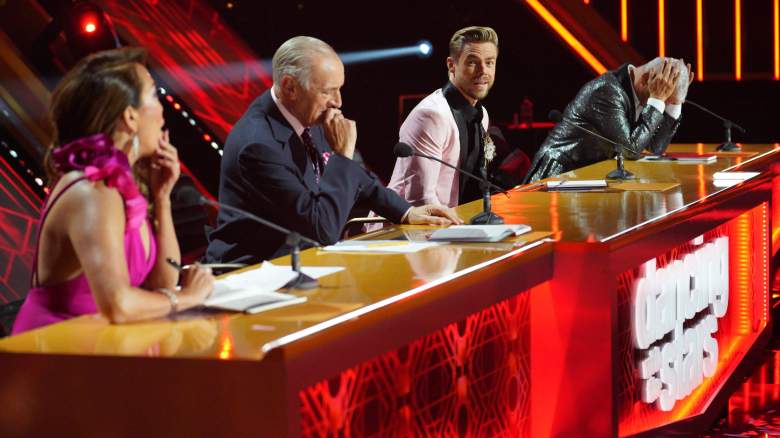 Derek had to sit out the “Dancing With the Stars” season 30 finale on November 22, 2021 in the aftermath of his recent positive COVID-19 test. With the Emmy-winning choreographer in quarantine, his sister and fellow DWTS champ was seated alongside judges Carrie Ann Inaba, Len Goodman, and Bruno Tonioli to help crown the show’s 30th mirrorball champion.

Julianne noted that she Facetimed Derek just before the live final and that he was “on the mend.”

But Derek wasn’t set to be a total no-show. ET noted that even though he was recovering from COVID, Derek taped a virtual segment that was scheduled to air on the finale of the ABC celebrity ballroom competition. 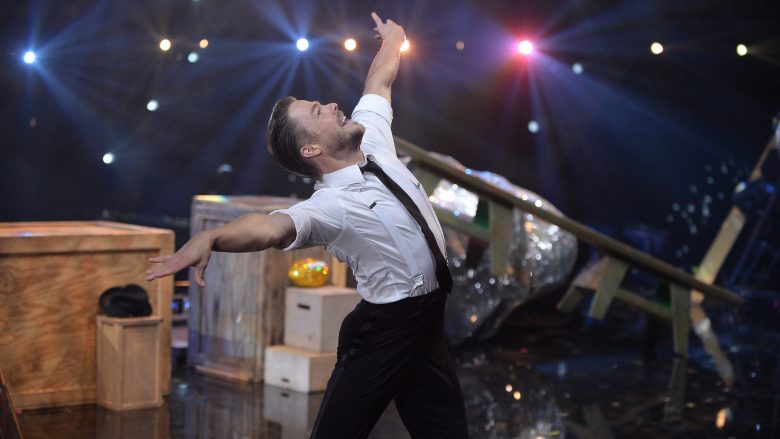 In a message to fans shared on his Instagram page last week, Derek talked about contracting the breakthrough case of COVID despite being fully vaccinated.

While Derek said he is feeling “okay,” it has only been six days since he announced that he has COVID.

Some fans had hoped to see him hit the stage on the DWTS finale for a performance. For the season 29 finale last November, Derek did perform a dance number—and it marked his first solo routine in more than two decades.

“It’s a solo performance,” he told Entertainment Tonight ahead of his routine last fall. “I am dancing by myself and I am not sure why I decided to, but I am doing it. I have not danced a solo since I was, like, 12 years old, that is the truth. So here we go!”

And in an interesting twist, even that dance was influenced by the COVID-19 pandemic.

“To be honest with you, it was kind of a COVID thing,” he said at the time. “Usually I would be like, ‘I want to do a group number,’ something like that, but it just logistically made sense to do a solo. It has challenged me, for sure, but I am looking forward to it. It’s gonna be fun and I will say this: it’s an homage to some of my heroes.”

Derek danced to the song “Let’s Fall in Love for the Night” during the Season 29 finale of “Dancing With the Stars.”  Fans raved over the dance, which was a tribute to dancing legends Fred Astaire and Gene Kelly.

READ NEXT: Witney Carson Might Not Return to DWTS Next Season

Lena Dunham Is Back — and Yes, This Movie’s Sort of About Her Too

Who is Ann Coulter, played by Cobie Smulders in American Crime Story?

Jennifer Aniston will be given the prestigious Sherry Lansing Leadership Award

Inside the 2022 Grammys: Chrissy Teigen cuddles up with her cute kids

Nanostructures get complex with electron equivalents: Nanoparticles of two different sizes break away from symmetrical designs

‘I am not vaccinated’: Novak Djokovic’s tense interviews revealed