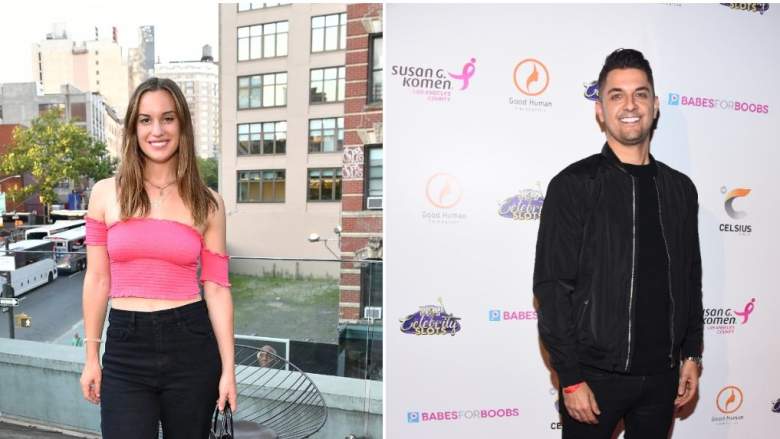 During an October 2021 episode of her podcast, “Giggly Squad,” co-hosted by “Winter House” star Paige DeSorbo, Berner shared that she had traveled to Los Angeles, California, presumably for her comedy stand-up tour. She explained that she decided to take a “seven minute” walk to her hotel as she “is still an angry New Yorker.”

“I’m walking everywhere with my rolly [sic] bag, which is social suicide anywhere, and my backpack,” explained the 30-year-old.

Berner then revealed that she regretted her decision to walk as she was unaware “that Los Angeles has random hills.” The former college athlete shared that she “had to take breaks” during her journey. While she was walking, she came across Nema Vand of “Shahs of Sunset” fame. She explained that she had been embarrassed by her circumstances during the chance encounter.

“Turn the corner, run into Nema from ‘Shahs.’ I’m sweating profusely, black on black, with a rolly [sic] bag. And he’s just standing outside of a brunch place and he’s like, ‘What are you doing?’ It takes a lot to embarrass me but like what are the chances?” said the comedian.

She asserted that she was “disgusting” due to her walk. The former Bravo personality also revealed that Vand declined to take a picture for her Instagram Story.

“Nema did the most Nema thing ever. I was like, ‘I have to take an Instagram Story.’ He didn’t have his hair perfectly coiffed because he was at Heather Rae and Tarek El Moussa’s wedding the night before so he was like, ‘Don’t put me on the Story.’ And I was like, ‘Okay,’” shared Berner.

DeSorbo asserted that was “the most Nema thing [she] have ever heard in [her] life.” She then shared that she believes “Shahs of Sunset” “don’t portray [Nema] as hot as he is.”

In September 2020, Nema Vand appeared on Hannah Berner’s other podcast “Berning in Hell.” During the podcast episode, Berner revealed that she was a fan of “Shahs of Sunset” and had a particular fondness for Vand. Vand also shared that he and Berner follow each other on social media.

“We followed each other, we have mutual friends, I’ll like a photo, she’ll like a photo. Although I like way more photos than Hannah likes of mine. Let’s just establish that balance is totally off,” quipped the 39-year-old.

“It was really funny and I think Paige mentioned that she wanted to follow Mona [on social media] but she wasn’t sure if that was going to be weird. So I told this all to Mona afterwards and Mona thought it was like the funniest thing like, ‘Oh my god we went on two dates it was so casual  whatever,’” shared Vand.

The rise and fall of Carlos Ghosn

Slow Down With These Serene City-Building Games

Who is Love Island 2021 contestant Jake?

Netflix is about to remove a large selection of movies

The most common summer beauty issues and how to treat them