Who Lived & Who Died on Yellowstone’s Season 4 Premiere? 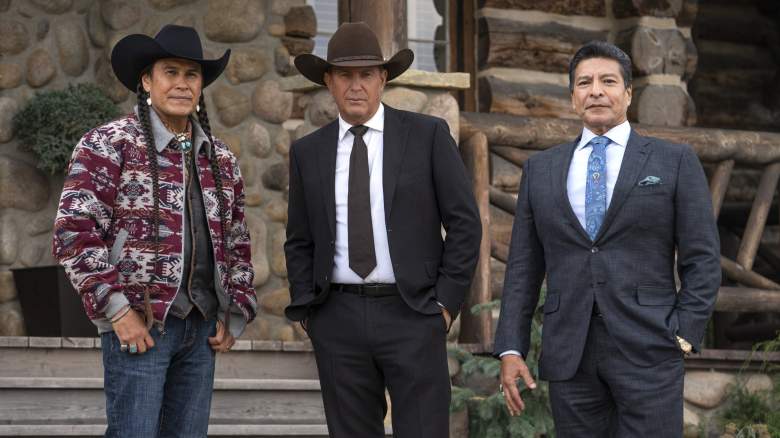 When”Yellowstone” season 3 ended, viewers were left with a major cliffhanger. It wasn’t clear if John Dutton, Jimmy, Beth, or Kayce would live after all their lives were put in danger. Fans have been waiting since mid-2020 to find out who lived and who died. This is a look at what “Yellowstone” season 4 episodes 1 and 2 revealed.

This article has major spoilers for “Yellowstone” season 4 episodes 1 and 2, and will be updated live as the episode airs.

Where We Left Off

A lot of characters’ lives hung in the balance when season 3 ended. Jimmy tried to ride a wild horse and was promptly knocked off and left unconscious.

Beth was getting ready to move out of the office after she was fired, when her assistant opened a box that exploded, killing her instantly. It was a huge explosion and it wasn’t clear if Beth survived.

Kayce, after being asked to run for governor, was talking with Monica on the phone when someone broke into the Montana Land Commissioner’s office and attacked him with heavy firepower.

John pulled over to help a woman and son stranded on the highway. While he was helping change the tire, a man stopped and began shooting, hitting John multiple times and killing the mom. John was still alive in the next scene, but a bullet hit his phone and he couldn’t call for help.

Rip, unaware of what was happening, found a dying horse in a field as he was driving and had to put it down. He could see vultures circling in the distance.

The Survivors Were Revealed as the Season 4 Premiere Began

The episode begins right where the season 3 finale left off. John Dutton is lying on the highway, bloodied and beat up as vultures and crows circle. His phone was shot and he has no way to ask for help. He’s not dead, but he’s barely hanging on. A car speeds past, and thankfully it’s Rip, speeding him to a care flight.

Kayce also survived his initial attack and was able to warn Monica. She is attacked in the Dutton ranch house, but manages to survive when Tate kills the man. So far, everyone who died is with Roarke’s people.

But what about Beth? She’s alive too. she steps out of her office, beat up and bloody from the explosion, barely lucid. She’s shell-shocked. Her body has been shredded by the explosion and she can’t hear a thing. But she’s alive.

Kayce’s future, though, is unclear. He guns down the men who shot his dad, but gets shot in the process. “Officer down, multiple GSW,” someone shouts as Kayce collapses.

Meanwhile, Rip is rushing to the care flight, trying to get John there in time, yelling at him not to die.

After the first 16 minutes, as the intro begins, it’s not clear if John or Kayce or Jimmy are going to live. But what is clear is that their enemies have taken a lot of hits and many of Roarke’s men have died. And it looks like Beth is going to be OK, at least, although badly damaged.

After the commercial break, we learn that John Dutton is alive. Beth is shocked that he’s conscious, and she’s healed up quite a bit because it’s a month later. He’s still in a precarious position, but apparently his survival is a miracle and he wasn’t expected to live at all.

At 32 minutes into the episode, we also witness the death of Carter’s father. Carter is a new character, and while there were hints that someone else we know might have died, that character has not yet been revealed.

This article is being updated live as “Yellowstone” airs. Heavy will add more details on who lived and who died throughout the episode.

Danielle Staub Claims She Got Stabbed by a Real Housewife

A resonant tussle between “sex radicals” and a 19th-century censor

Allison Langdon reveals the unexpected twist in how she met husband

Did you know that Salman Khan and his family were initially against Salim Khan’s decision to marry Helen? – Times of India

Actor from The Outsiders Rejected The Karate Kid

Men and women of Roman Herculaneum had ‘very different diets’

PSG and RB Leipzig’s ideologies collide – but at what cost?