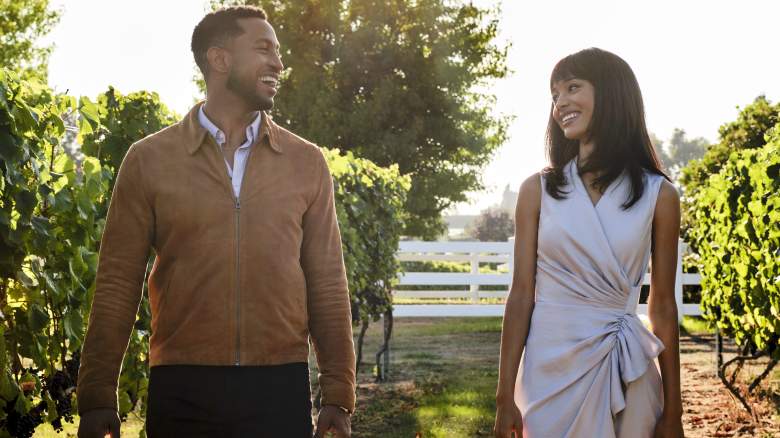 Hallmark’s new movie, “Advice to Love By,” premieres on Saturday, October 16 at 9 p.m. Eastern/8 p.m. Central. The movie stars Brooks Darnell and Erinn Westbrook. Read on to learn all about where it was filmed and the cast who stars in the movie.

‘Advice to Love By’ Was Filmed in Canada

“Advice to Love By” was filmed in Canada, IMDb reported. The production company that made the movie, Two 4 The Money, is based in Vancouver. The movie also had the working title of “Flirting with Romance” and “Love by the Book.”

UPDATE: Well, LOVE BY THE BOOK already got its name change, and it’s now known as FLIRTING WITH ROMANCE, and set to be the final movie of the 2021 Fall Harvest block, airing on Oct. 16th.https://t.co/5vtE0AsEnS

The Twitter account @SleepyKittyPaw pointed out that the original name had to change because Hallmark already had a movie called “Love by the Book.”

Also not holiday, but keep running across it, director Heather Hawthorn-Doyle gearing up to film a new movie for Hallmark, with a working title of LOVE BY THE BOOK, expect that to shift, since Hallmark had already had a 2015 movie with the same moniker

This movie is closing out Hallmark’s Fall  Harvest lineup and is directed by Heather Hawthorn-Doyle. She’s also directing a new “Godwink Christmas” for Hallmark.

In late August they were working on post-production in Vancouver.

They wrapped on August 28 and Hawthorn-Doyle wrote, “And just like that, we’re wrapped! One heck of an experience / excited to get into the edit suite next week!”

They took safety seriously and were vaccinated and masked.

Seaside Pearl Farmgate Winery is seen in the photo below, which is a winery in Abbotsford, British Columbia.

In an interview with Digital Journal, Darnell said about playing Nathan: “It was quite funny to play Nathan. He is extremely fun, that’s his personality in the whole movie. He goes by his heart and he is a big proponent of extravagant gestures of love.”

He said about filming for Hallmark: “We have enough drama and negativity in our lives and on the news, so it’s good to tune in to the Hallmark Channel to be able to escape reality.”

The synopsis reads: “When a love advice author and a dating columnist cross paths, attraction blooms into more. Using strategies from their own playbooks, is it possible they’ve both met their match – each other.”

Brooks Darnell is Nathan. He was in 69 episodes of “The Young and the Restless” as Dr. Nate Hastings. His other credits include “A Christmas Miracle,” “A Winter Getaway,” “Shadowhunters” (Charlie), “All Yours,” “Bones,” “Nikita,” and more.

Erinn Westbrook is Kendall. She is currently also starring as Tabitha Tate on CW’s “Riverdale.” She may be best known for her role as Bree in the fifth season of “Glee.” Her other credits include “The Resident” (Adaku), “Insatiable” (Magnolia), “Acting for a Cause,” “7th & Union,” “Legacies,” “The Tap,” “Love on the Vines,” “How to be a Vampire” (Klara), “Awkward.” (Gabby), “Jane the Virgin,” “Mr. Box Office’ (Danielle), and more.

‘And Just Like That’: See New Trailer for ‘Sex and the City’ Revival

Mary Berry, 86, is made a Dame Commander by the Prince Charles

‘Get Back’: Meet the Beatles Once Again, Courtesy of the Most Emotional Fab Four Doc Ever

Monica Lewinsky’s Stained Dress: Where Is It Today & What Happened to It?

Bitcoin Mining: What is Cryptocurrency Mining? How it Works and What Investors Get

Brace Yourselves For A Market Pullback. Another Market Metric Signals A Potential Top