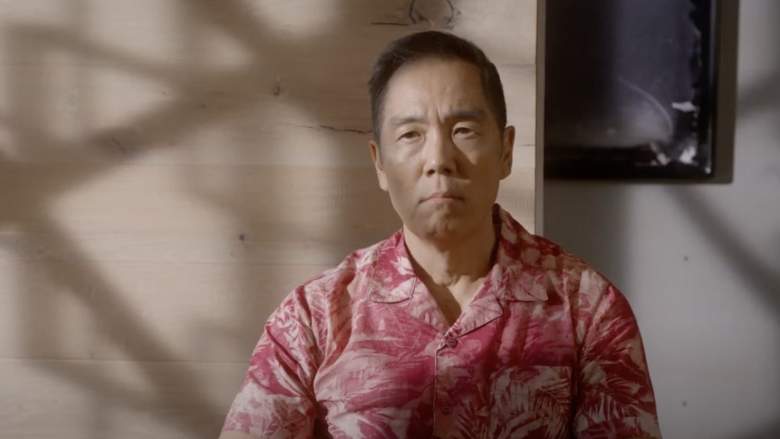 As fans of the “Karate Kid” film franchise are aware, Daniel LaRusso (Ralph Macchio) has his fair share of adversaries. For instance, in “The Karate Kid Part II,” the teenager finds a foe by the name of Chozen Toguchi (Yuji Okumoto) in Okinawa, Japan. Chozen has an issue with the New Jersey native because his uncle, Sato (Danny Kamekona), had a falling out with Daniel’s beloved mentor Mr. Miyagi (Pat Morita). Throughout the film, Chozen seems to revel in bullying the West Valley High School student and eventually, challenges him to a violent karate battle. However, Daniel proves to have superior martial arts skills and wins the fight.

Chozen makes an appearance in “Cobra Kai” season 3, episode 5. While Daniel is in Okinawa, Japan, he runs into his ex-girlfriend Kumiko (Tamlyn Tomita). After the former couple spends some time reconnecting, they make their way over to a bar. However, they are soon interrupted by Chozen, who Kumiko secretly invited. The awkward scene can be watched below:

Neither men speak to each other for quite some time. However, Daniel picks up on Kumiko’s expectant looks and asks if he is married and has children. Chozen curtly informs him that he is not a husband or a father. Daniel then attempts to engage him with a quote from “Seinfeld,” but Chozen is not receptive.

Chozen then aggressively offers to buy them another round of drinks. While the martial artist is at the bar, Daniel asks why Chozen is spending time with them. When Kumiko replies that she “called him,” the LaRusso Auto Group owner becomes frustrated.

“Did you forget about that time we fought to the death? That guy tried to kill me and you!” says Daniel.

Kumiko reminds him “that was a long time ago” and promises that “Chozen has changed.” After he pushes back, she asserts that he and his former rival “have lots to talk about” and excuses herself.

In “Cobra Kai,” Chozen proved that he is no longer a menace and instead, is a devoted karate instructor. During a February 2021 interview on the “Cobra Kai Kompanion” podcast, Yuji Okumoto discussed how his character was presented in the “Karate Kid” spin-off series. The actor revealed that Chozen was originally going to be even less hostile in the show.

“When I got the initial script, I had certain input that I wanted to talk about to the writers and the creators. Initially, I think it was written where he was written where he was a little more at a better place in his life and he was a kinder guy,” explained the actor. “But then it gave no direction for him to go after that. It just kind of would have been very safe. So I still wanted that edge that Chozen brought from ‘Karate Kid II.’ I still needed that part of him because I think us as people, we evolve and we grow but at the same time I think there’s still a part of you that’s still there and I wanted that sense of danger still with Chozen. I wanted that edge, so when he does soften, it has that arc.”

READ NEXT: Why ‘Cobra Kai’ Stars Say Tanner Buchanan Is Similar to Robby

Here are all the hosts for the new season of SNL

Dating rumours continue to fuel as Angelina Jolie, The Weeknd seen together in LA – Times of India

Father of Tiramisu: Italian Food Legend Ado Campeol Dies at the Age of 93