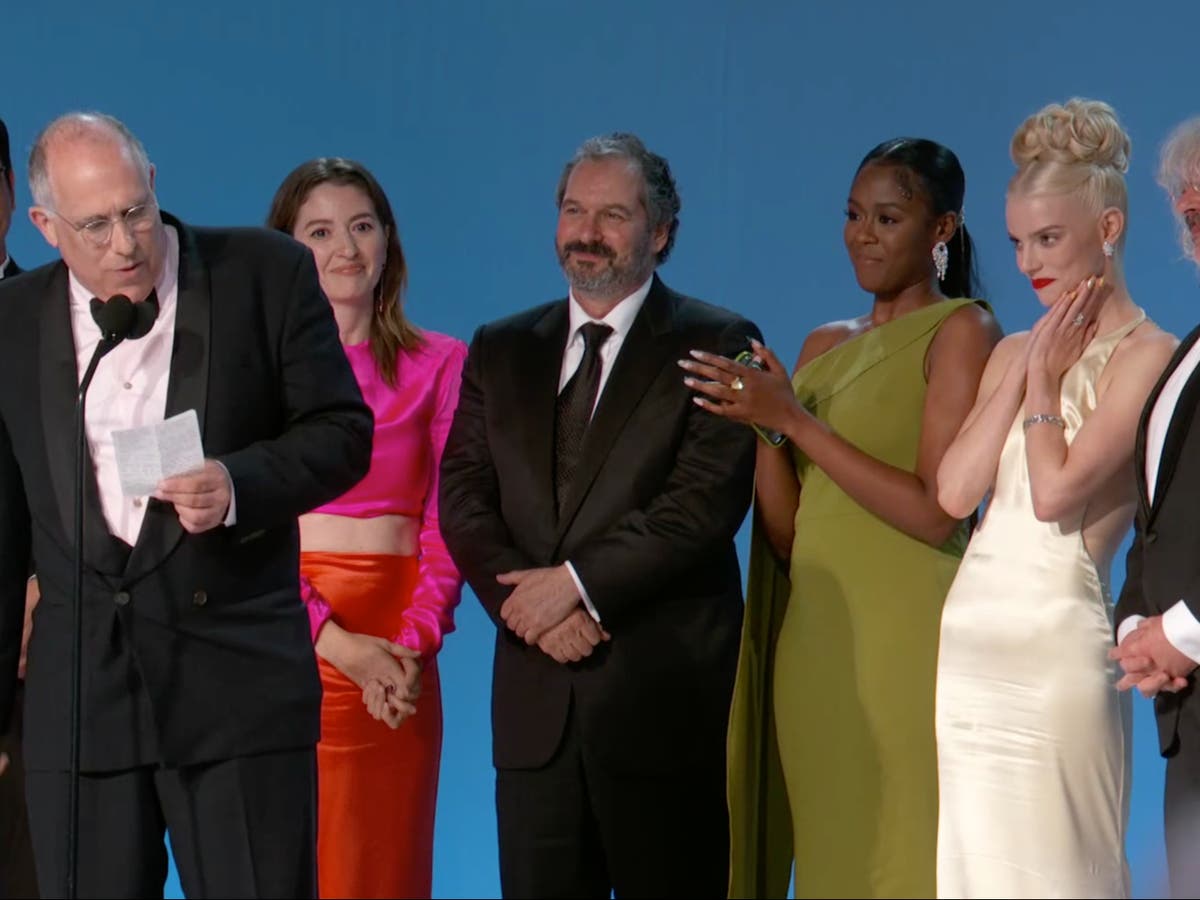 Director Scott James has confirmed that The Queen’s Gambit will not be returning for a second season or a sequel film.

Speaking to Deadline at a press conference following the 73rd Primetime Emmy Awards, James said the prospect of making a second series “terrified” him.

“I feel like we told the story we wanted to tell, and I worry — let me put it differently — I’m terrified that if we try to tell more, we would ruin what we’ve already told,” said James, dashing the possibility that Anya Taylor-Joy would reprise her role as American chess prodigy Beth Harmon.

The show’s executive producer William Horberg, however, added that the group was keen to keep working with each other and “try to find another story to tell with the same passion”.

The Queen’s Gambit won the Emmy for Outstanding Limited Series. In his acceptance speech, Horberg thanked Netflix for taking a chance on “risky material” and trusting the show’s creators.

The drama was watched by 62 million households worldwide, making it the streamer’s most-watched limited series.

The show won a total of 11 Emmy awards, including Outstanding Directing for a Limited or Anthology Series or Movie.

One Twitter user wrote: “May everyone be granted the confidence of Scott Frank getting played off the stage at the #Emmys.” Another added: “Scott Frank wins Emmy for directing limited series, celebrates win with unlimited speech.”

Amid its widespread success, The Queen’s Gambit has become embroiled in legal drama after Soviet-era chess icon, Nona Gaprindashvili sued the streaming platform over the show’s “grossly sexist” dialogue concerning herself.

The lawsuit highlights a moment in the series finale – titled “End Game” – during which a commentator references Gaprindashvili, after Harmon beats Russian grandmaster Viktor Laev, a fictional character, at the Moscow Invitationals.

The commentator says: “The only unusual thing about her [Harmon], really, is her sex. And even that’s not unique in Russia. There’s Nona Gaprindashvili, but she’s the female world champion and has never faced men.”

In a 25-page complaint filed by her legal team, Gaprindashvili states that the allegation she has never competed against men is “manifestly false”, “grossly sexist” and “belittling”.

In a statement to NBC News last week, a spokesperson for the streaming giant said: “Netflix has only the utmost respect for Ms Gaprindashvili and her illustrious career, but we believe this claim has no merit and will vigorously defend the case.”

See the full list of Emmy award winners here, as well as the biggest snubs and surprises from last night (19 September) here.

Sci-Fi Is a Good Way to Learn Political Theory