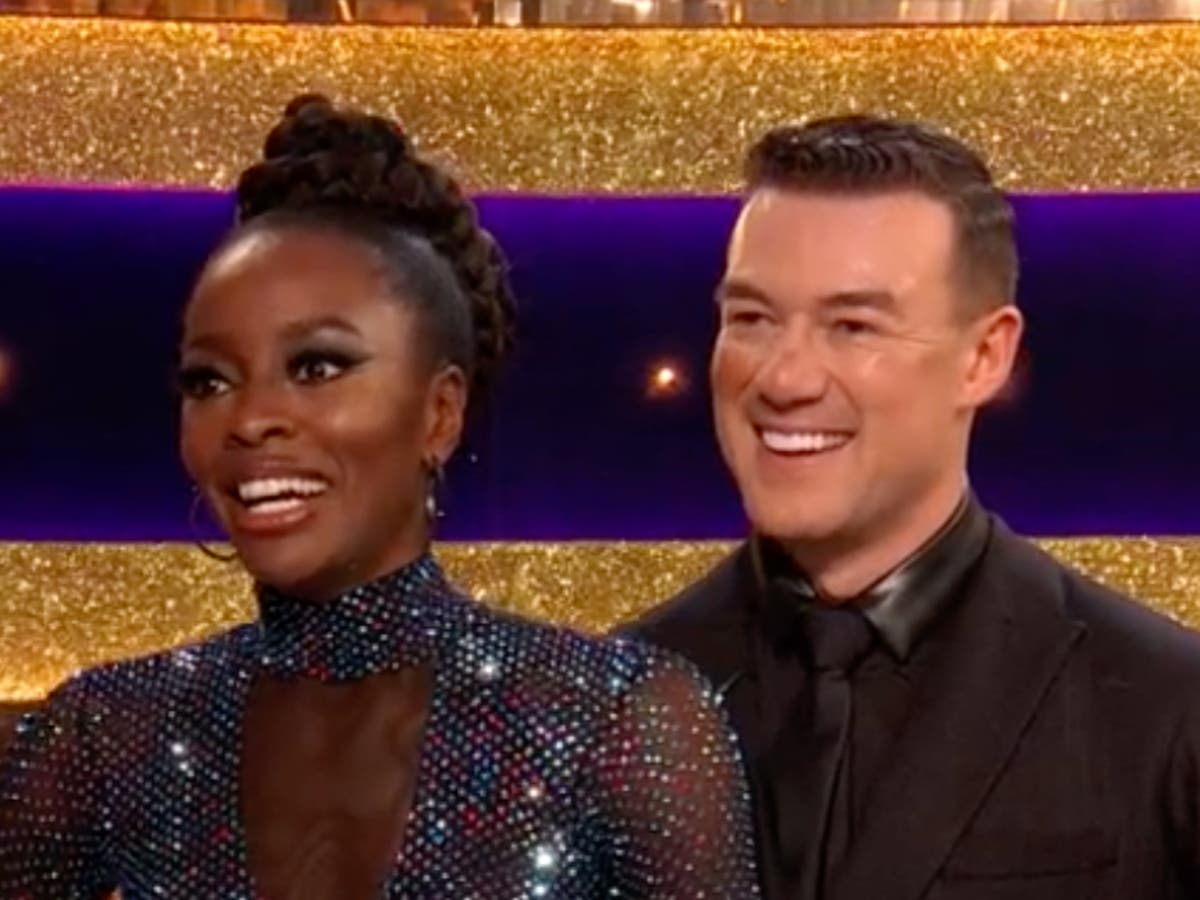 The TV presenter, who topped the leaderboard in Saturday night’s episode (6 November), has been busy preparing for her next dance.

This weekend, Odudu will perform a Paso Doble to Ruelle’s “Game of Survival”.

However, in an Instagram Story, she joked that Widdrington had left her high and dry so he could chat to another one of the show’s stars.

“Hello,” she said in the post. “It’s Pasa Doble day one. Are you excited?”

The video then revealed a shoot of Widdrington on FaceTime with fellow dance professional Giovanni Pernice, who is paired with EastEnders actor Rose Ayling-Ellis.

“He’s so excited that he’s just ditched me, for Giovanni,” Odudu said, as Pernice replied: “I’m so excited too.”

The pair previously fuelled speculation of a possible romance following a recent performance on the show,

On companion show It Takes Two on Tuesday (26 October), host Rylan Clark told them: “The passion during this routine set the rumour mill going. Can we settle a few scores here, please? I have known AJ for many years, I know she can’t lie to me.”

Widdrington responded: “If people react like this it means we’re doing something right, because that’s the way the dance should be danced.

Strictly Come Dancing continues on Saturday (13 November) on BBC One at 6.40pm.

Aryan Khan bail hearing: Judge Sambre refuses to begin hearing if covid-19 protocols not followed; orders courtroom to be cleared out of extras –...

Who is the ghostwriter behind Prince Harry’s new memoir?

‘Cruel Intentions’ could come back as a TV show

Hidrent on Shark Tank: 5 Fast Facts You Need to Know

101 on how to pull off statement sleeves by Tollywood divas

Can I still go skiing in France if flying into Switzerland?