Ridley Scott has revealed actor Idris Elba thought he’d really been shot in American Gangster after the director tricked him with the recoil – after safety-conscious Scott had insisted on not even having blanks in a gun.

Scott, 83, said the weapon used on the set had a solid filled-in barrel, with no bullets in it, for the scene where Frank Lucas, a mob boss’s right-hand man, played by Denzel Washington, puts a gun against the forehead of Elba’s character Tango.

Elba was acting out a scenario like the one that had earlier tragically killed actor Jon-Erik Hexum, who put a gun against his own head and fired – but whereas Hexum had a blank in his gun, Scott didn’t even have blanks in the gun for Elba’s fake shooting.

2007 film: Ridley Scott has revealed actor Idris Elba thought he’d really been shot in American Gangster after the director tricked him with the recoil – after safety-conscious Scott had insisted on not even having blanks in a gun

But to add realism and draw a reaction from Elba, Scott told him to lean his head against the barrel – so he would be shocked by the recoil in the scene from the 2007 film.

Scott said: ‘He’s in the cafe and he says “just stay here” and he goes out and all his brothers are watching, and he goes down the street, and Idris Elba is standing there saying “hey, what are you going to do, shoot me Frank, go on, shoot me Frank in front of all these people”.’

‘And he just goes boom and shoots him on the spot.

‘What happened was, I said to Idris “listen, when he puts the gun to your head lean on the gun” – because by the way this is a gun with a solid barrel, there is no aperture, I would never risk it – but when you pull the trigger there’s a recoil, there’s no blank, nothing. 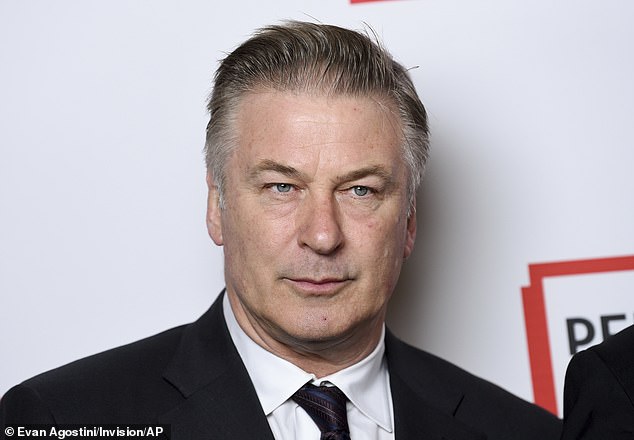 Tragedy: Alec Baldwin has been keeping a low profile after accidentally firing the gun that killed cinematographer Halyna Hutchins on the set of his film Rust in New Mexico on October 21 (pictured 2019)

The movement from the gun pressed against Elba’s head made him instinctively fall to the ground thinking he’d actually been shot by a bullet from Washington.

Ridley, who also directed Alien and Blade Runner, added: ‘He pulled the trigger and it goes ‘Bang’. Idris thought he’d been shot and dropped to the sidewalk and said “I’ve been shot!”‘

Firearms expert Paul Biddiss, an advisor on weaponry for films and currently working with Scott, said: ‘He is very hot on safety.

‘What he was referring to by a solid barrel is a completely filled in barrel that no bullet would be able to pass through, so it was a completely deactivated impractical gun as far as firing anything was concerned.

‘But he was still able to create a recoil effect for the film’s purposes by using something used in films called a UTM round. which can be put in a weapon that has had the barrel completely filled, and it still causes a blowback.

‘It is like a small silver case with compressed air that reacts. It can be used repeatedly for a recoil effect each time.

‘It’s quite often used in close up execution shots in films.’ 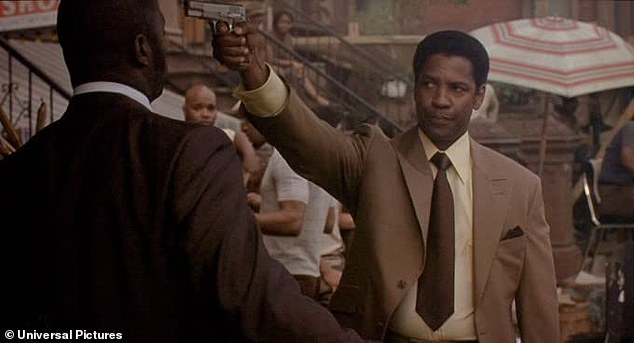 Film: Ridley, who also directed Alien and Blade Runner, added: ‘He pulled the trigger and it goes ‘Bang’. Idris thought he’d been shot and dropped to the sidewalk and said “I’ve been shot!”‘

Paul, who was a paratrooper for 24 years and became a military technical advisor for the film industry training cast, said: ‘There’s a lot of inexperienced armourers trying to get their foot in the door in the industry unfortunately. No armourer should ever sign off a weapon with live bullets inside even if it’s not being aimed directly at someone.’

Talking about how in the tragic accidental shooting of Halyna Hutchins by Alec Baldwin the expression ‘cold gun’ was used to suggest the gun was safe, Paul said: ‘I’ve never heard that expression cold gun. George Clooney, who I was with on my first film, says he hasn’t heard it either.’

By not using even blank bullets, which are outer casings with gunpowder that explodes but with no bullet or projectile, Ridley avoided the danger in the Elba scene that led to the tragic death of US actor Jon-Erik Hexum, caused by a blank.

Hexum was joking around on the set of a television show in 1984 when he loaded a revolver with a blank, put the gun to his temple and fired.

Although he wasn’t killed by a projectile coming out because it was a blank, the force of the gun’s blast against his head concussed him and was strong enough to fracture his skull. He died days later in hospital.

This comes as Alec Baldwin faces a looming lawsuit for the accidental shooting of Rust cinematographer Halyna Hutchins last month.

Alec accidentally fired the gun that killed Hutchins on the set of his film Rust in New Mexico on October 21. 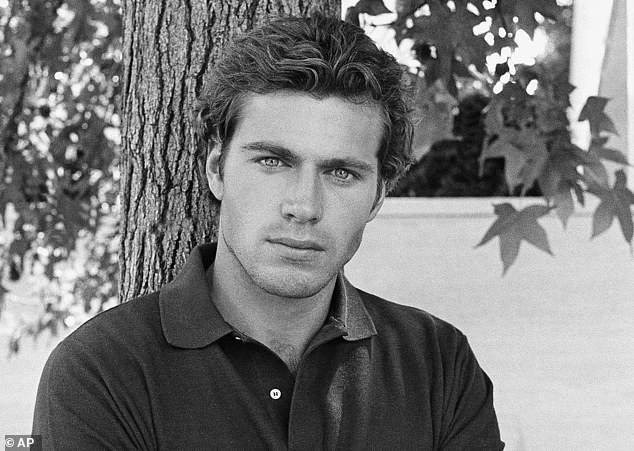 RIP: Elba was acting out a scenario like the one that had earlier tragically killed actor Jon-Erik Hexum (pictured 1982). He died accidental self-inflicted blank cartridge gunshot to the head on the set of Cover Up

Baldwin, who had been shooting the upcoming western film in New Mexico, was told the prop gun he was rehearsing with on set was ‘cold’, or safe to use, according to the Santa Fe county sheriff’s office.

But tragedy unfolded when he fired the weapon which turned out to be loaded with live rounds, killing Hutchins and injuring film director Joel Souza.

Baldwin released a statement expressing his ‘shock and sadness regarding the accident that took the life of Halyna Hutchins, a wife, mother and deeply admired colleague of ours.’

‘I’m fully cooperating with the police investigation to address how this tragedy occurred and I am in touch with her husband, offering my support to him and his family,’ he said.

‘My heart is broken for her husband, their son, and all who knew and loved Halyna.’ 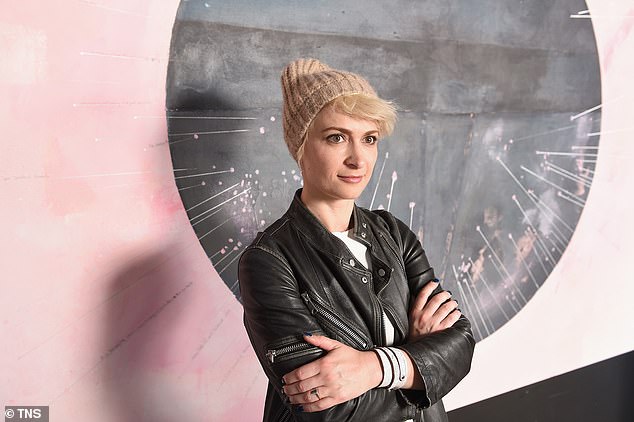 Shocking: Tragedy unfolded when Baldwin fired the weapon which turned out to be loaded with live rounds, killing Hutchins and injuring film director Joel Souza.; Hutchins pictured in 2019

The 9 Netflix shows that should never have been cancelled

Farrah Abraham Treats Herself to Butt Injections For Mother’s Day

Karrueche Tran stuns in a sheer dress and receives a kiss on the cheek from pal J. Ryan La Cour

After Sidharth Shukla’s demise netizens trend ‘We Love You Shehnaaz’ on Twitter, express support to the actress in mourning – Times of India

Strengths of an autistic child

Zendaya in strapless Valentino dress for Euphoria premiere is on track to be 2022’s best-dressed star: All pics