Pride of Britain 2021: Megan McKenna flashes her toned legs in a glamorous gown 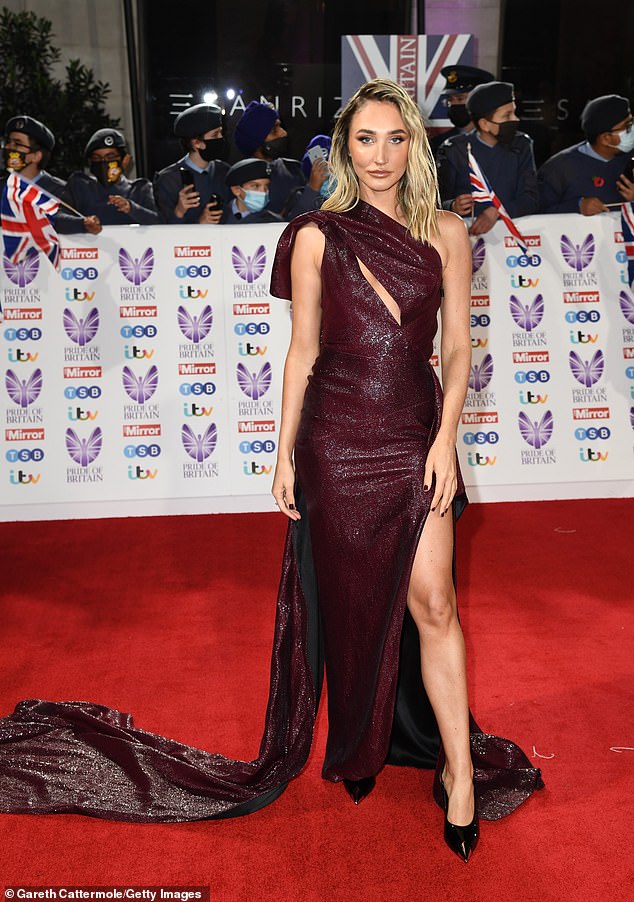 Megan McKenna looked glamorous as she attended the red carpet for the Pride Of Britain awards on Saturday night.

The reality star, 29, wowed in a burgundy glittery gown which boasted a thigh skimming side split to ensure her toned legs were on full display.

She paired the dress with patent black slip on heels as she posed for the cameras.

Wow: Megan McKenna, 29, looked glamorous as she attended the red carpet for the Pride Of Britain awards on Saturday night

Her blonde locks were styled in a wet look and they fell over her shoulders in a natural wave.

The singer, who has attended this event four times before, had her face made up with a smokey eye and gleaming nude lip colour.

Speaking from the red carpet to MailOnline, Megan exclusively revealed that she would be releasing new music later this year.

The song, which she has had to keep under wraps, is set to be a Christmas song.

She said of this year’s event: ‘Tonight is extra special, obviously it wasn’t on last year, and it’s just amazing to be around people.’ 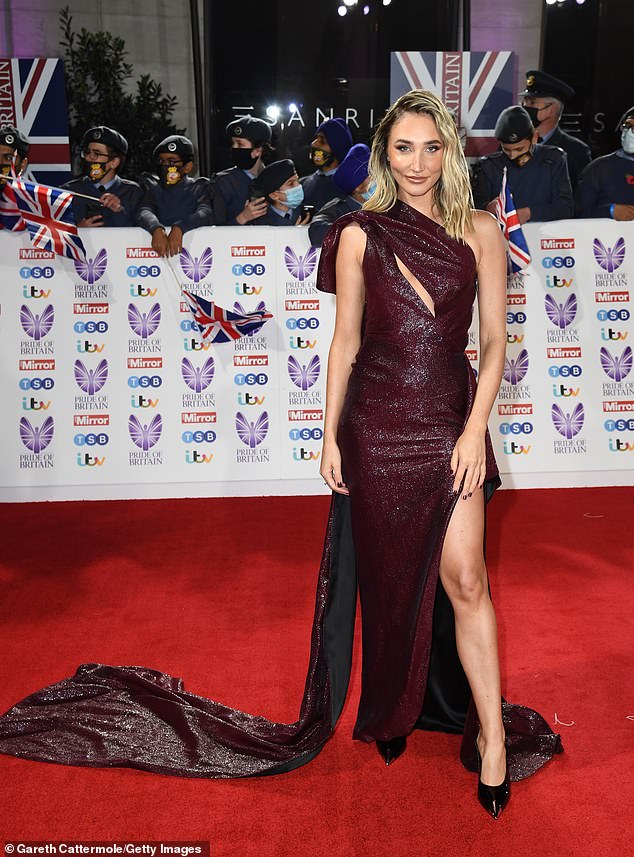 Stunning: The reality star wowed in a burgundy glittery gown which boasted a thigh skimming side split to ensure her toned legs were on full display

The Daily Mirror Pride of Britain Awards returns to screens on Thursday 4th November, hosting a star-studded audience for the first time since 2019 due to the ongoing coronavirus pandemic.

Host Carol Vorderman, 60, will once again take the helm, but this year, for the first time in the show’s 22-year history, she’ll be joined by Diversity star Ashley Banjo, 33, who was recently revealed as her new co-host.

Pride of Britain sees a night of ‘extraordinary stories of bravery, selflessness and phenomenal fundraising feats’ as well as a plethora of astounding surprises, laugh out loud situations and emotional moments as the nation comes together to honour the achievements of truly inspirational people.

Among the winners are quadruple amputee Harmonie-Rose Allen who wins the Child of Courage Award for inspiring the nation with her courage and unbreakable spirit.

While the Lifetime Achievement Award goes to campaigner Rosemary Cox, who set up the first Organ Donor Register in the UK, helping save thousands of lives.

Campaigning sisters Amy and Ella Meek, 18 and 16, have been named Pride of Britain’s first ever Environmental Champions for setting up a charity to help fight the global scourge of plastic pollution.

Meanwhile, this year’s Special Recognition Award goes to Gee Walker, who forgave her son’s killers and devoted her life to promoting racial harmony in his memory.

Speaking about the ceremony, Carol said: ‘My favourite part of the Awards are the winners and how happy they are that they’re being celebrated.

Nominated by the public, the winners are from all walks of life, of all ages, and from all over the country.

Since the first ceremony in 1999, royalty, prime ministers, and hundreds of leading figures from showbusiness, sport, politics and the arts have all taken part.

The awards attract an audience of around five million viewers every year in a primetime slot on ITV – making it the highest rated awards show of its kind on British television.

Due to COVID-19 restrictions, 2020’s ceremony featured prerecorded segments of recipients receiving their awards at home, while a host of big names headed to The Royal Hospital Chelsea to film links ahead of the show.

As the awards aired on ITV, landmarks across London, including the London Eye, BT Tower and County Hall, turned red, white and blue in celebration of the winners.

Marcus Rashford and the late Captain Sir Tom Moore were among those honoured in the ceremony, which awarded the remarkable achievements of Brits who have selflessly contributed the the nation and the world.

The Daily Mirror Pride of Britain Awards, in partnership with TSB, will be broadcast on ITV on 4th November at 8pm. 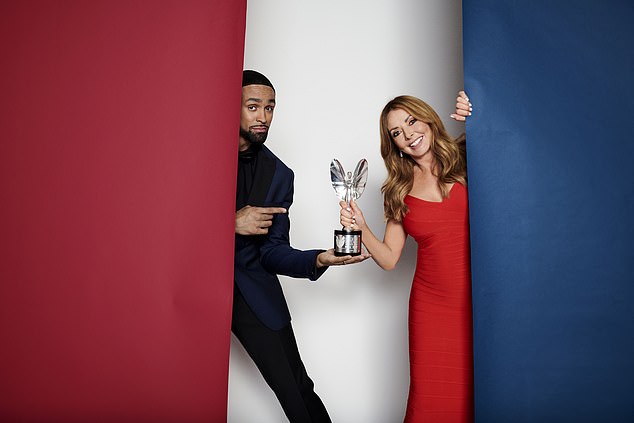 Anticipated: The Daily Mirror Pride of Britain Awards returns to screens on Thursday 4th November, hosting a star-studded audience for the first time since 2019 due to the ongoing coronavirus pandemic

PRIDE OF BRITAIN AWARDS 2021: THE WINNERS

Aamir Khan mourns the demise of his ‘Secret Superstar’ co-star Farrukh Jaffar: Her sense of humour will always keep us smiling – Times of...

Is she headed for Big Brother VIP? Schapelle Corby teases a ‘new adventure’ as she hops on a flight

Who is I’m a Celebrity 2021 contestant Naughty Boy?

‘Dancing With the Stars’ Season 30 Episode 2 Spoilers & Live Recap: Who Was Eliminated & Made It Through?

Throwback Tuesday: When Sunny Deol revealed why wife Pooja and mother Prakash Kaur stay away from the limelight – Times of India

The symptoms of bowel cancer you should never ignore