Pete Davidson was pictured holding Saint West’s hand at The Grove shopping center on Saturday in Los Angeles, without girlfriend Kim Kardashian seen on the outing.

The 28-year-old comic/actor was spotted with the six-year-old son of Kardashian, 41, and Kanye West, 44, in footage obtained by TMZ visiting a kiosk and then The Cheesecake Factory restaurant.

The sighting comes after custody drama earlier this year when West accused his ex-wife of making it difficult for the rapper to see his children.

Eyewitnesses told the outlet that Kardashian, who’s been romantically-involved with the Saturday Night Live alum since last October, was not with Davidson and Saint on the weekend excursion, demonstrating her trust in her beau.

The latest: Pete Davidson, 28, was seen holding Saint West’s hand at The Grove shopping center on Saturday in Los Angeles, as Kim Kardashian, 41, was not seen on the outing

Davidson purchased a hat on the outing for Saint, who is the eldest son of Kardashian and West; the former spouses are also parents to daughters North, eight, and Chicago, four, and son Psalm, three.

Eyewitnesses told TMZ that none of Saint’s siblings were present on the outing.

Davidson, who’s been seen in films such as I Want You Back, The Suicide Squad and The King of Staten Island, has been seen bonding with Kardashian’s kids on previous occasions, as he and North were seen on an outing in a pink, electric MOKE this past April.

Last month, speculation ensued that Davidson had the initials of Kim and her four children tattooed on his neck, as he was seen sporting fresh ink that read, KNSCP. 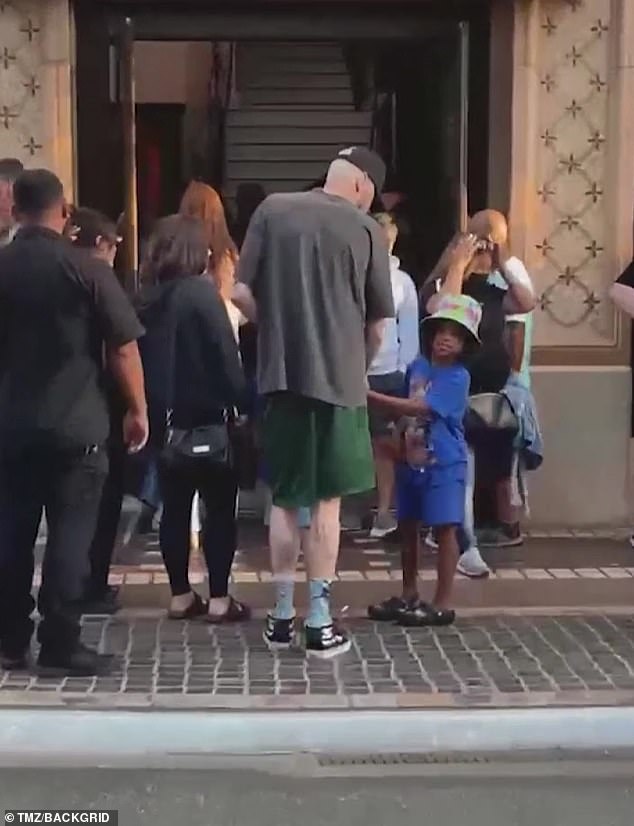 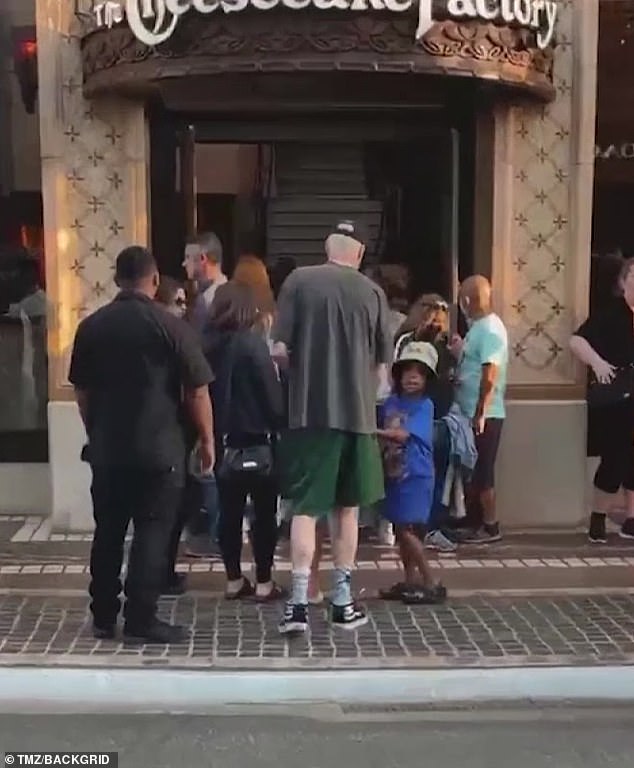 Davidson purchased a hat on the outing for Saint, eyewitnesses told TMZ 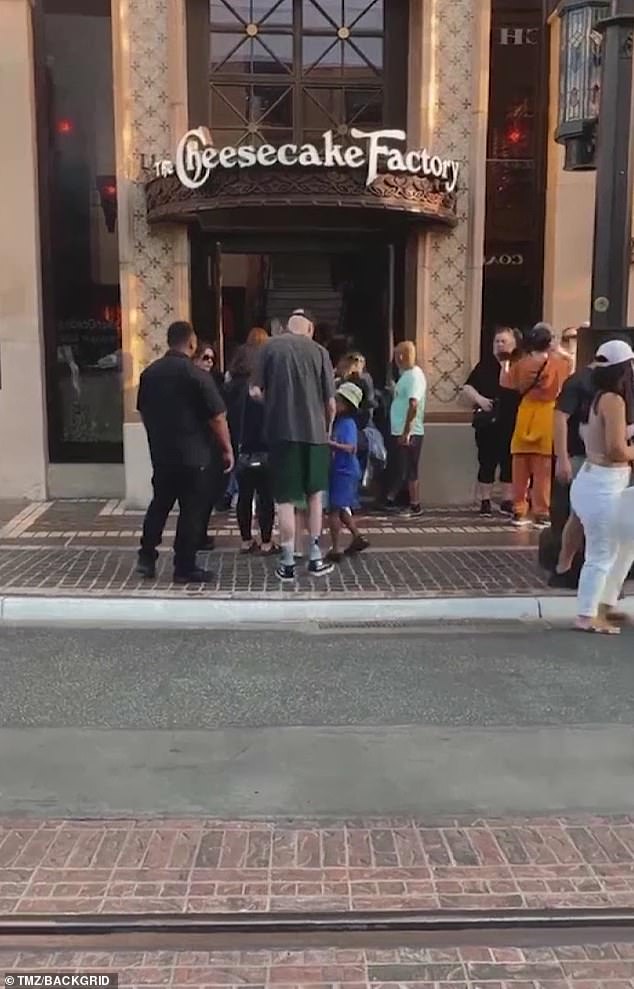 Eyewitnesses told the outlet that Kardashian, who’s been romantically-involved with the Saturday Night Live alum since last October, was not with Davidson and Saint on the weekend outing, demonstrating her trust in her beau

West has past expressed anger toward Davidson since he’s been dating Kardashian, and drew him into the drama surrounding their custody arrangement earlier this year, giving him the derisive nickname ‘SKETE.’

In February, the Grammy-winning singer shared a text message he claimed Davidson sent him in regards to his relationship with Kardashian’s kids.

The text read: ‘I’d never get in the way of your children. It’s a promise. How you guys go about raising your children is your business not mine. I do hope one I day I can meet them and we can all be friends.’ 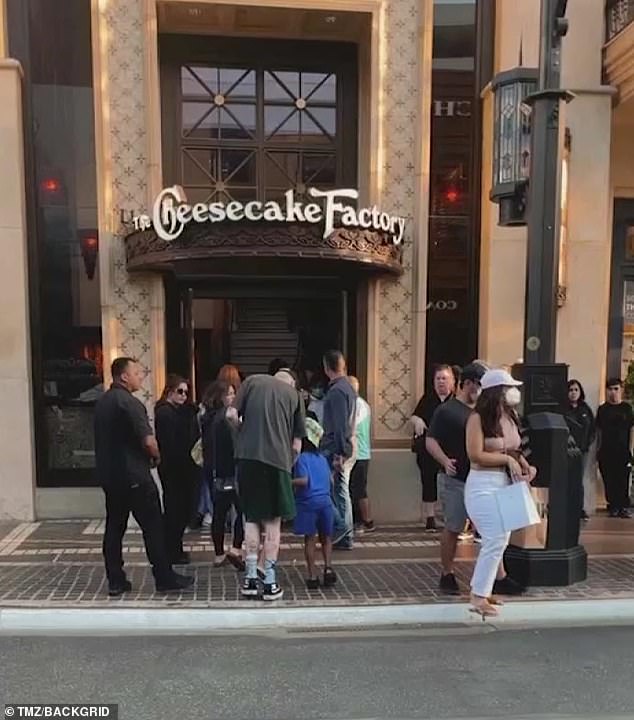 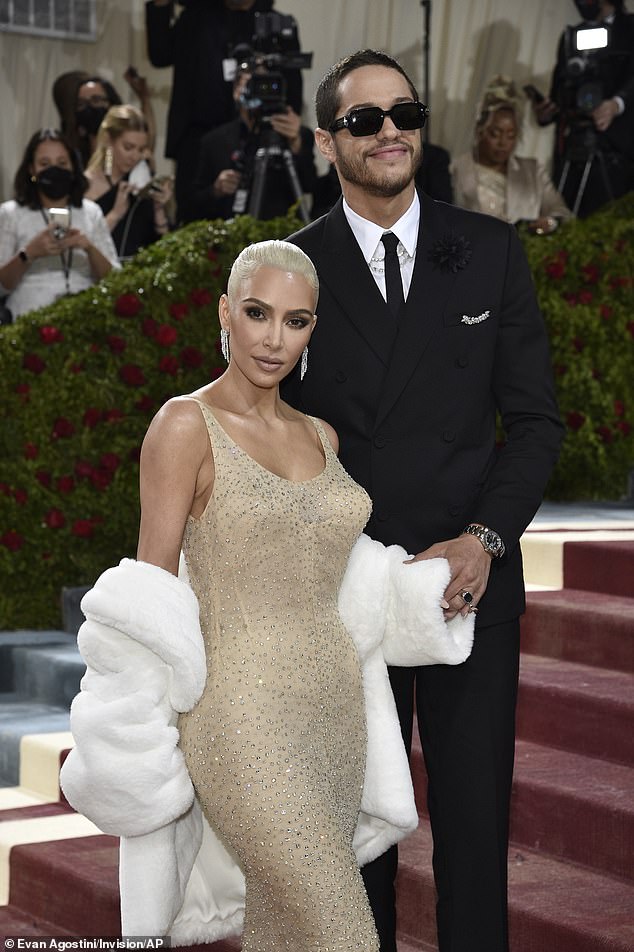 West said in a caption he subsequently deleted, ‘No, you will never meet my children.’

West in March released a Claymation video for his track Eazy in which he depicted himself committing violent acts against a character resembling Davidson.

The song included the lyrics, ‘God saved me from that crash/ Just so I can beat Pete Davidson’s a**,’ with West alluding to a 2002 car crash he was involved in.

West also took to social media in March and said he was ‘really concerned’ that Davidson would get Kardashian ‘hooked on drugs,’ adding, ‘He’s in rehab every 2 months.’

Navya Naveli Nanda casts a spell with her stunning monochrome pictures on Instagram, Ananya Panday comments ‘obsessed with you’ – Times of India

Why Dolly Parton Damn Sure Belongs in the Rock & Roll Hall of Fame, Y’all

Why aren’t the Golden Globes being shown on TV?

‘Radhe Shyam’ director does not rule out postponement if the COVID-19 situation worsens – Exclusive! – Times of India

Fish can bend their heads upward like land-based animals, but have to flex their entire spine

3 Surprise Rams to Watch, Including One Showing ‘Real Development’

Alia Bhatt Opens Up on Casual Sexism, Says People Think Women Are PMSing if They Are Being Sensitive