Naomi Campbell’s ex Skepta shows his support for the supermodel, 51, after her baby reveal

Short-lived: Naomi was linked to the One Direction star Liam Payne, 23 years her junior, in 2009

Naomi was linked to One Direction star Liam Payne, 23 years her junior, following her break-up from Skepta and his break-up from Cheryl.

They are said to have enjoyed a few dates but it was ultimately short-lived.

It began with a seemingly harmless flirtation on Instagram, liking and commenting on one another’s steamy posts.

Liam described her as ‘perfection in a person’, with her branding him ‘a beautiful soul’. They were then spotted at the concert of musician Davido at The O2 in London.

There were reports about Liam bragging about the couple’s ‘mind-blowing’ sex, but when Naomi was asked outright about the tryst on The Jonathan Ross Show she said the rumours were ‘humorous’. Any romance appeared to end shortly after this. 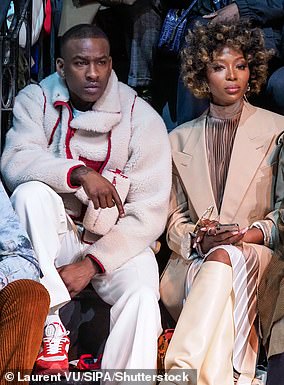 Hot off the press: Rapper Skepta and Naomi’s tryst appeared to be done and dusted before too long, shortly after appearing in a joint GQ shoot in their underwear

Their raunchy cover of GQ magazine, in only their underwear, sent fans wild.

But rapper Skepta and Naomi’s tryst appeared to be done and dusted before too long.

Of the shoot, Naomi said afterwards: ‘We basically did that shoot on our own, it wasn’t for any publication, and once I saw the pictures I was like “no, no, no we should come out…”

‘And so then I started making some calls. It wasn’t like I was going to wait months for it to come out – it’s either got to come out in the next few or it ain’t coming out at all.’

Come out indeed it did, with the duo taking part in a joint interview at the time, playing coy about any romance. To this day it’s still unclear, but Skepta seemingly mentioned Naomi on one of his tracks in 2020. They are thought to still be close. 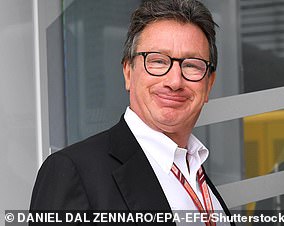 Louis Carey Camilleri is pictured at the Monza racetrack, in Monza, Italy in 2018

It was claimed in 2017 that Naomi was dating Egyptian multimillionaire Louis C. Camilleri, who was 66 at the time.

The supermodel was said to be enjoying a string of London dinners with the businessman, who was worth over £150 million.

Naomi reportedly met Louis through their shared love of Formula One as they frequented the same races and are said to have met and bonded at the events. 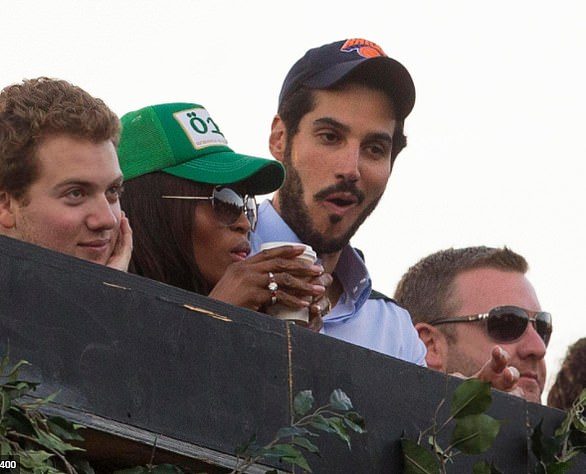 Snapped: In July 2016, Naomi was pictured with billionaire businessman Hassan Jameel when they attended the British Summer Time Festival together

In July 2016, Naomi was pictured looking cosy with billionaire businessman Hassan Jameel when they attended the British Summer Time Festival together in London – although their romance was never confirmed.

In 2017, it was claimed that the supermodel had fallen out with singer Rihanna after she was spotted putting on a steamy display with Hassan, 32, in Ibiza.

The Sun reported at the time that Naomi was disgruntled that the singer and Hassan, who split in early 2020, had fallen so hard – as she hates feeling ‘second best’. 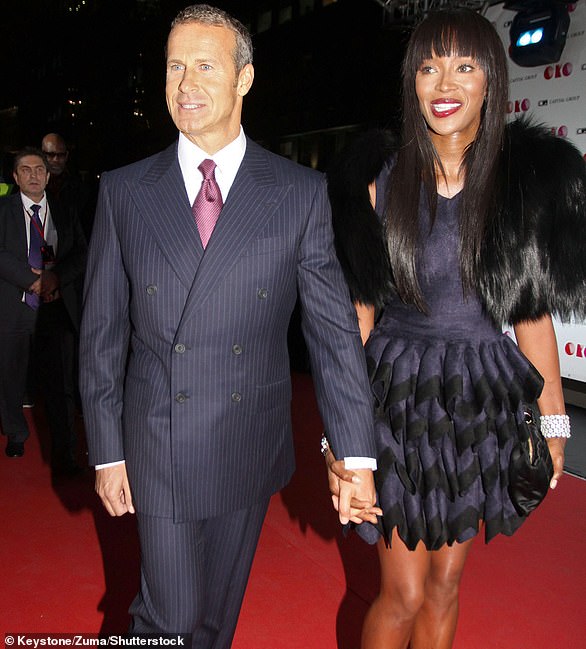 They enjoyed lavish trips to the topics together and appeared to have a solid romance, but it ended in 2013. 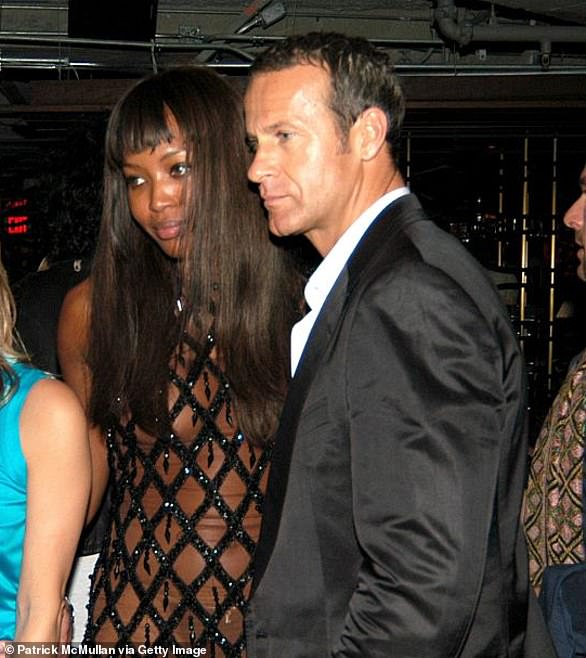 Runaway bride: This dalliance was brief, but Naomi and Brazilian equity magnate Marcus Elias were said to be engaged at one point [pictured 2008]

This dalliance was brief, but Naomi and Brazilian equity magnate Marcus Elias were said to be engaged at one point.

Their relationship both began and ended in 2008, however. 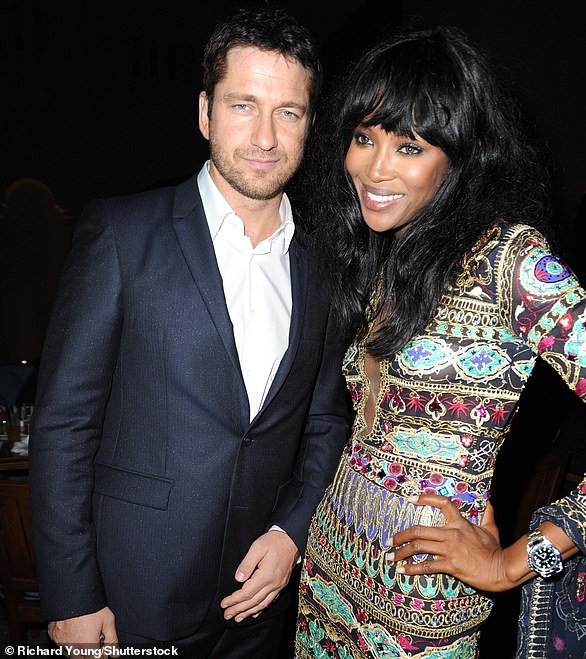 Friendly exes: Naomi has been seen socialising with Gerard Butler at events, despite their alleged romance fizzling out in 2007 [pictured 2009]

Naomi and the Scots action star were rumoured to be an item in 2007 when they were seen hanging out together on multiple occasions.

Seemingly a friendly ex to many, Naomi has since been seen socialising with him at events, despite their alleged romance fizzling out. 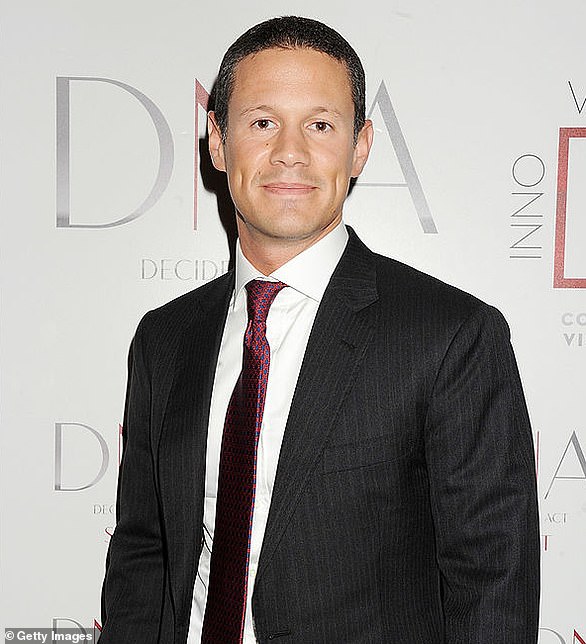 Naomi and oil heir Badr Jafar were reportedly a couple for 10 months.

Apparently, for Naomi’s 35th birthday, he hired out eight floors of the Burj al Arab hotel in Dubai to throw her a £1 million party. He himself has an estimated worth of £2 billion. 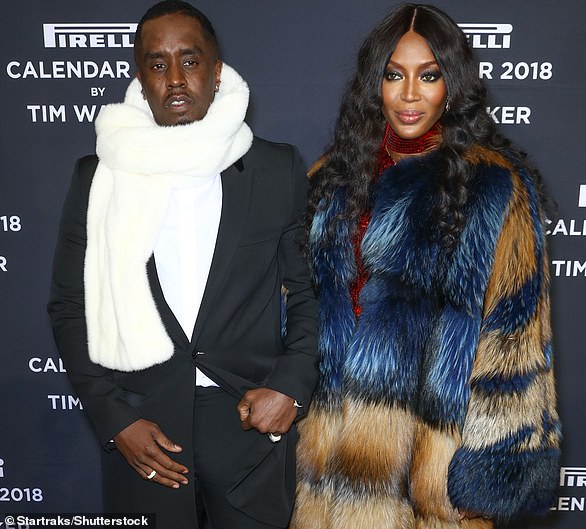 Close but no cigar: Naomi and music star P Diddy were linked in 2002. Since, they have been very close friends [pictured 2017]

It’s still unclear how romantic Naomi and music star P Diddy were, but they were linked in 2002.

Since, they have been very close friends and are thought to consider one another more as siblings. 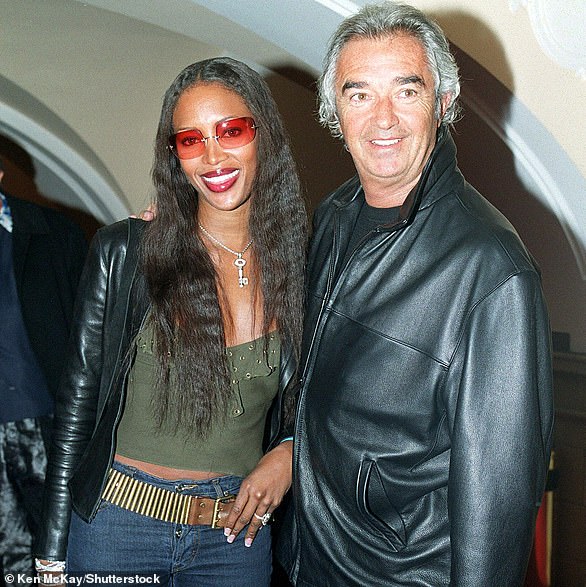 Flavio of the month: Despite a lengthy dalliance, Naomi and Flavio Briatore split because, according to Naomi, he wanted her as ‘a trophy’ [pictured 2001]

Flavio Briatore – the boss of Benetton – was with Naomi from 1998 until they parted ways in 2002.

The Italian – who is 21 years Naomi’s senior and worth £258 million – famously said after their split: ‘She’s great but better as a friend than a girlfriend!’

Naomi later told Marie Claire: ‘I’m not going to be a trophy. If you expect me to be in the kitchen cooking breakfast in high heels, looking as though I just stepped out of a fashion magazine, it’s not going to happen.’ 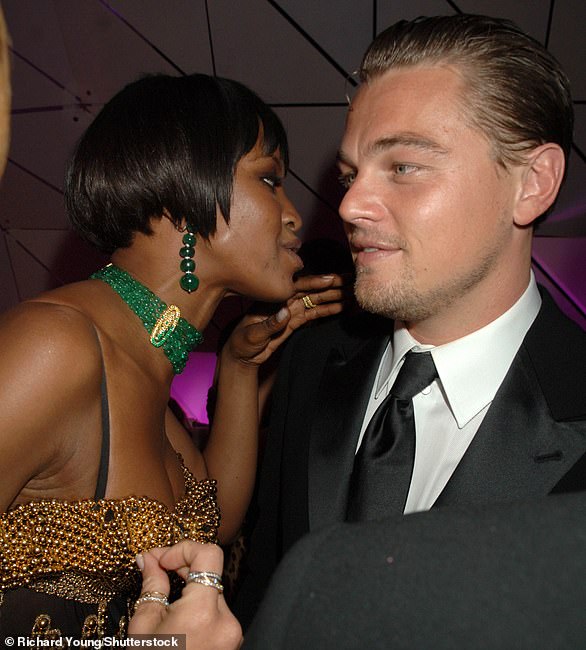 Still friends: Naomi and Leonardo Dicaprio are seen chatting at the Vanity Fair Oscars party in Los Angeles in 2007 – 12 years after being romantically linked

Known for a revolving door of romances, a penchant for models and being seemingly disinterested in settling down, Leonardo DiCaprio was perhaps a kindred spirit for Naomi when they were linked in 1995.

The couple’s dalliance was fleeting, however. They appeared to have remained pally ever since, seen chatting at events on many an occasion since.

While she has never been married, Naomi was previously engaged to U2 bass player Adam Clayton after getting together in 1993 and despite their split in 1994, the stunner has always spoken fondly of the musician.

In a 2015 interview with the Irish Independent, she mused: ‘I’m friends with the whole [of U2]. The whole band were great. Their kids are all grown up. 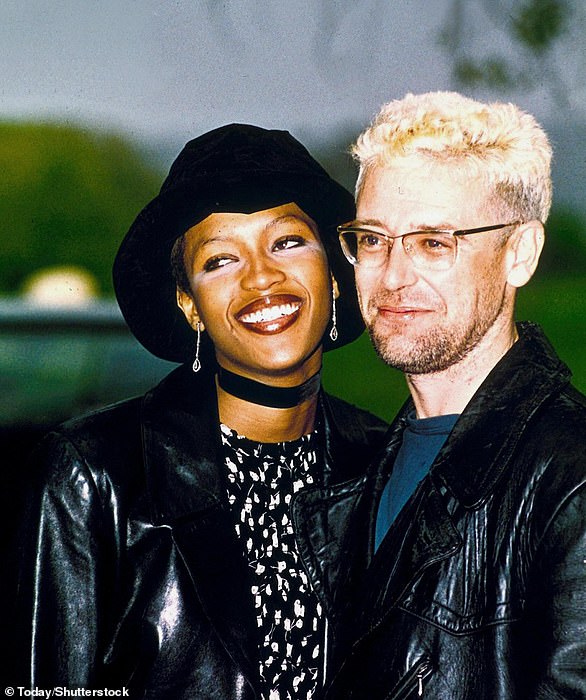 Nearly beloved: While she has never been married, Naomi was previously engaged to U2 bass player Adam Clayton after getting together in 1993

‘It’s nice to know people for so long and still have a relationship… I only have very positive things to say about him. I am very proud of Adam.’

But, addressing her dating life at the time, she told WSJ: ‘For me, privacy is important to know each other, and I always worry that my job will not allow that. 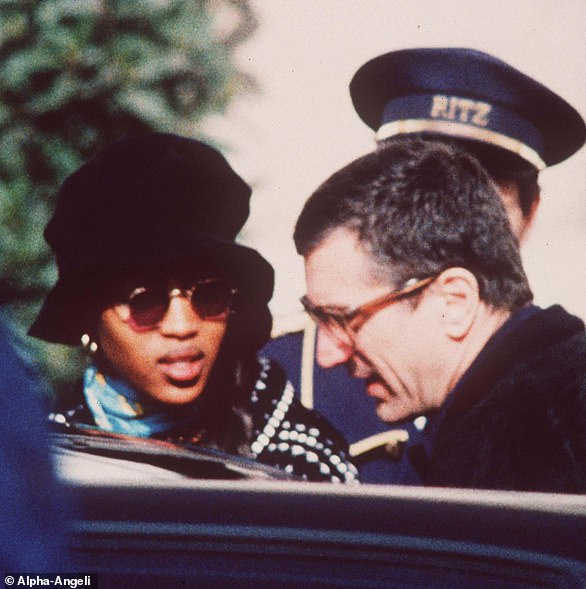 Last year, in an interview with Times Weekend magazine, Naomi said she is on good terms with all her previous ex-boyfriends, but admitted she isn’t friends with her ‘last’ ex.

Discussing who she has dated, she said: ‘Why don’t you say it the other way round? Surely it was their privilege just as much as mine to be with them? But yes, I had some wild and exciting times until I changed my life aged 29.

‘Whatever they say about me, I have remained friends with all my exes… except the last one.’

Asked if she means Skepta, she simply said: ‘A lady never discusses the details of her private life.’

‘The Challenge’ Star Slams Castmate, Calls Her a ‘Fake’ & ‘Shady’

Is This ‘RHONJ’ Star Single Again?

BTS star V spotted without a mask in New York after powerful speech at UN general assembly; sparks debate among netizen – Times of...

‘Metroid Dread’ Is Let Down by Its Boring Robot Villains