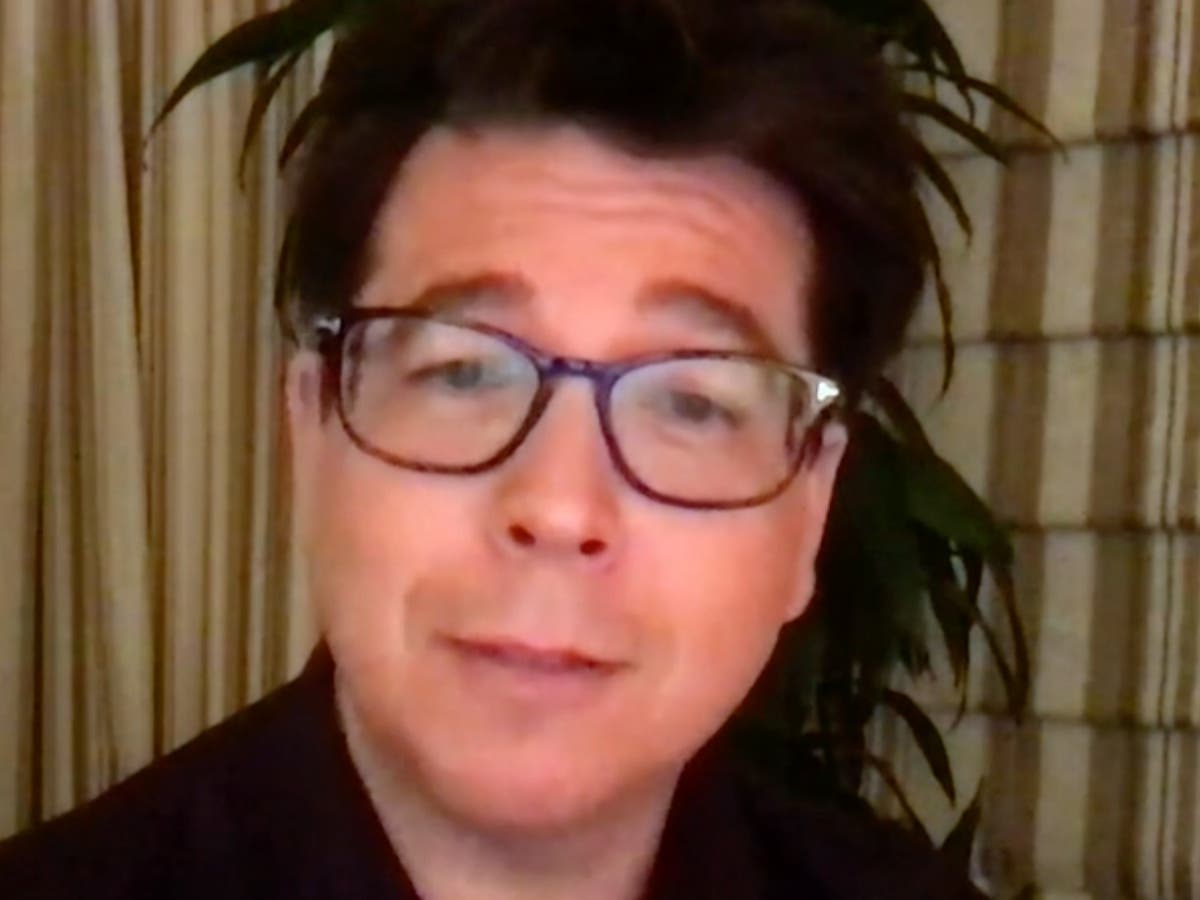 Michael McIntyre has jokingly revealed why he thinks his wife wouldn’t want him to be on Strictly.

The comedian appeared on The One Show on Thursday (14 October) alongside contestant Tom Fletcher and his dance partner Amy Dowden.

Co-host Ronan Keating used the opportunity to tell McIntyre that professional dancer Luba Mushtuk once said he would be her dream celebrity partner.

At this moment, a photo of Mushtuk, posing in a promotional shot for the show, appeared on the screen, prompting McIntyre to quip: “Goodness, I don’t think my wife would allow me, looking at that photograph.”

He continued: “I didn’t know that, I didn’t know I was in anybody’s dreams. That’s very exciting. I would only consider Strictly as one of the pro dancers.”

McIntyre was interviewed from Los Angeles via a video link.

Earlier this week, Strictly contestant Robert Webb was forced to withdraw from the competition due to “ill health”.

The dancing competition continues Saturday (16 October) at 7pm on BBC One.

As bitter Little Mix row erupts, was the writing always on the wall?

Review: The Art of a Happy Exit by K Srikrishna

Angad Bedi on Neha Dhupia losing out on projects due to pregnancy: It’s destiny – Times of India

The True Crime Inspiration Behind ‘Only Murders In the Building’

How the Right Found a Hero in Kyle Rittenhouse

Hypothyroidism: What are the Foods to Eat and Avoid in This Thyroid Disorder