They made their red carpet debut earlier this month, after it was reported they ‘secretly’ began dating in March.

And Rita Ora and her director beau Taika Waititi’s romance seems to be going from strength to strength as they enjoyed a date night at hotspot Delilah in West Hollywood on Friday.

British songstress Rita, 30, showed off her leggy figure in a skintight thigh-skimming LBD and snakeskin-print boots as she wrapped her arm around a dapper Taika, 46.

Loved-up: Rita Ora, 30, showed off her leggy figure in a skintight LBD and snakeskin-print boots as she enjoyed a date night with beau Taika Waititi, 46, at Delilah in LA on Friday

Rita looked sensational in the revealing ensemble, which she teamed with a layering of gold necklaces, bangles, rings on her fingers and a royal blue velvet face mask.

The Voice Australia judge styled her golden locks out and freely, and her makeup was ultra glamorous, consisting of bold brows, a metallic eye shadow and kohl liner.

Thor director Taika coordinated with his ladylove in a black ensemble, comprising of a T-shirt, a buttoned-up jacket, trousers, Dr Marten shoes and a face mask. 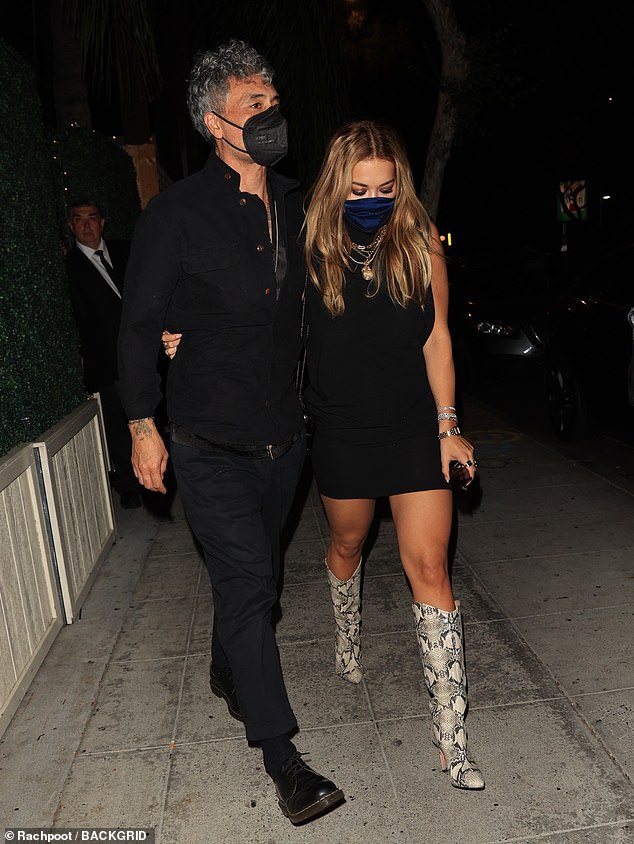 Affectionate: The Voice Australia judge looked sensational in the revealing ensemble as she wrapped an arm around a dapper Taika

Uploading a series of snaps to Instagram on Wednesday, Rita cosied up to her beau before posing up a storm with A-list guests including Rami Malek, Joshua Jackson, Ashley Benson, Kristen Stewart and Paris Jackson.

Rita looked incredible as she flaunted her jaw-dropping figure in a barely-there black dress, which featured darker panels that just about covered her modesty. 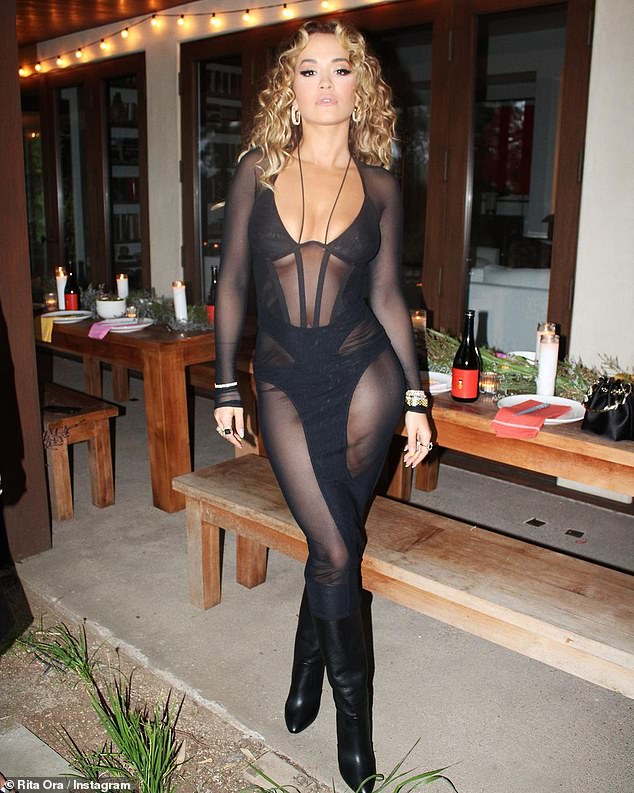 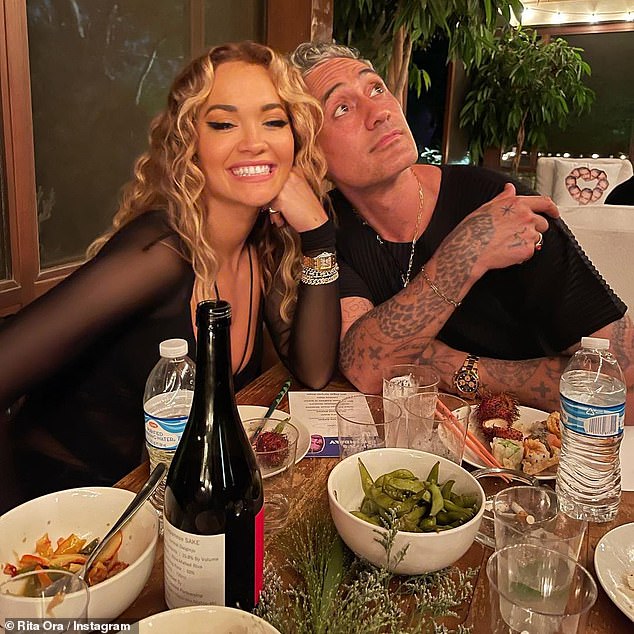 Sweet: Uploading a series of snaps to Instagram on Wednesday, Rita cosied up to Taika as they enjoyed a dinner of sushi and edamame beans

The Anywhere hitmaker teamed her daring outfit with a pair of black knee-high boots and added a touch of bling with gold hoop earrings.

She wore her locks in chic ringlets and highlighted her features with a sleek makeup palette, that included a dramatic cat-eye flick.

Rita was in her element as she documented the evening, with the duo feasting on a meal of sushi and edamame beans.

The singer also proudly held a birthday cake and posed in front of a mariachi band as the group celebrated in style. 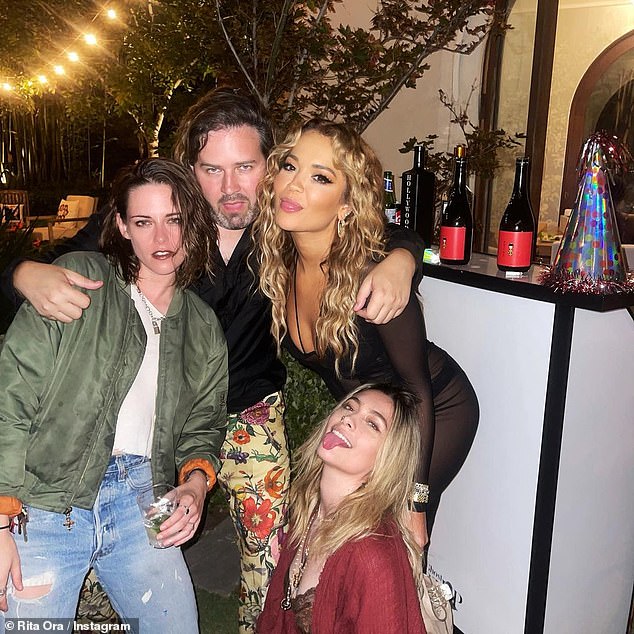 The birthday joy comes after Rita denied claims that she has permanently relocated to Los Angeles to start a new life with Taika.

Rita has not returned to the UK since her rule-breaking 30th birthday party in November, despite splashing £7.5million on a six-bedroom mansion in north London just last summer.

However it appears a permanent move to California is not on the cards, with sources close to the star telling MailOnline that Rita maintains her permanent residence in London while she’s in the States recording a new album. 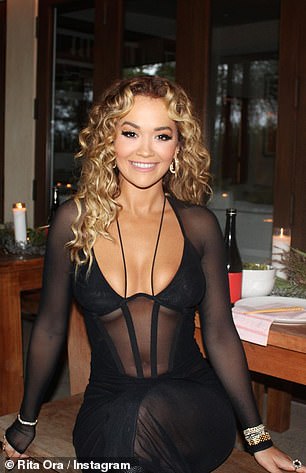 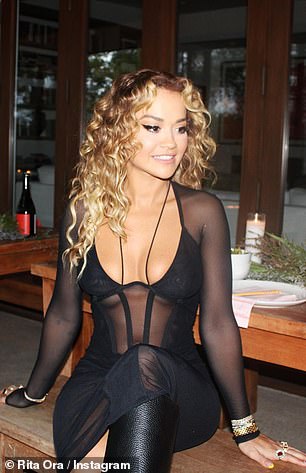 It was claimed London holds ‘bad memories’ for the star ever since her lockdown-flouting birthday bash in the capital, and that Rita was ‘starting afresh in LA’.

A source told The Sun: ‘Rita snapped up her London pad with plans to keep it as her main home, but it’s become increasingly obvious for her that LA is going to be where she lives for the foreseeable.’

They added: ‘After her birthday bash last year, Rita left the UK and hasn’t been back since. Her boyfriend Taika is based in LA too, so they have been spending a lot of time together. Realistically she isn’t going to be spending as much time in London.’ 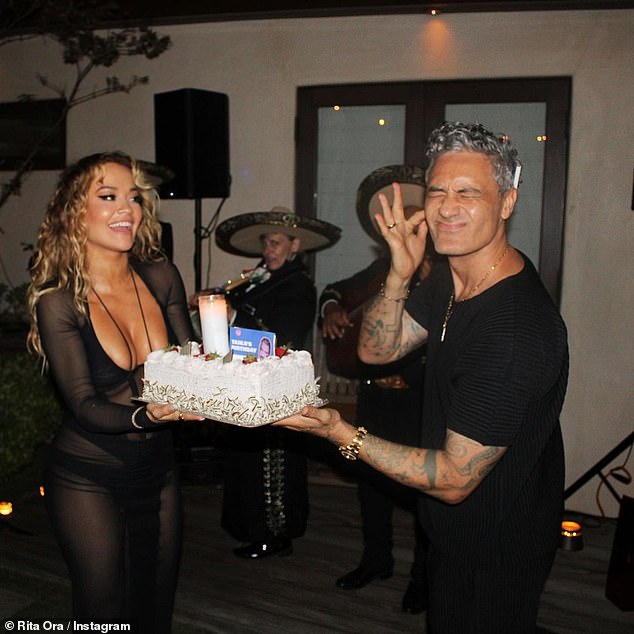 Cute: Rita also proudly held a birthday cake with the help of her boyfriend, and posed in front of a mariachi band as the couple and their pals celebrated his big day 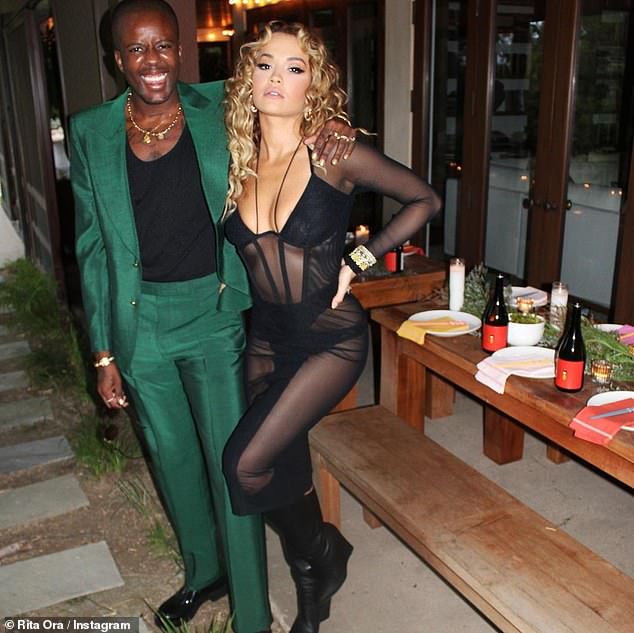 Rita broke pandemic protocol in November when she held a 30th birthday bash at restaurant Casa Cruz when lockdown rules stated that restaurants may only open for takeaway services, and indoor gatherings were banned.

New Zealand director Taika was also in Sydney at the time shooting Thor: Love And Thunder, and the stars are thought to have ‘secretly’ begun dating in March.

The couple jetted to Los Angeles together in June and made their red carpet debut at The Suicide Squad premiere this month. 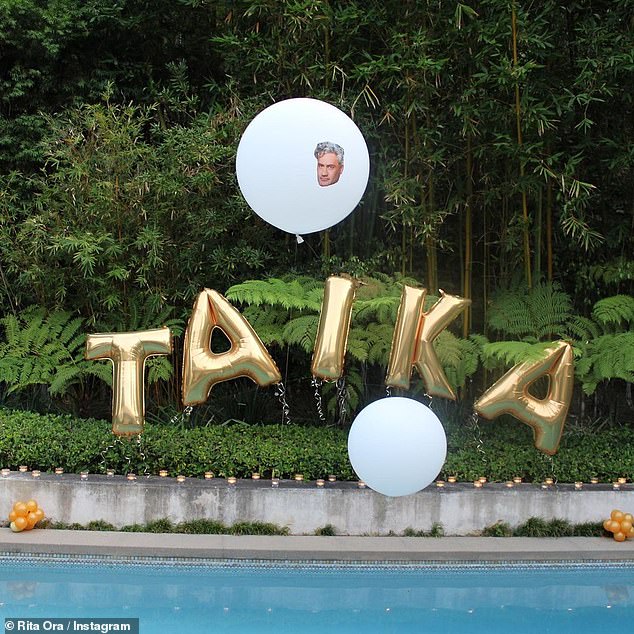 Lavish: Rita pulled out all the stops to make it a night to remember for her beau 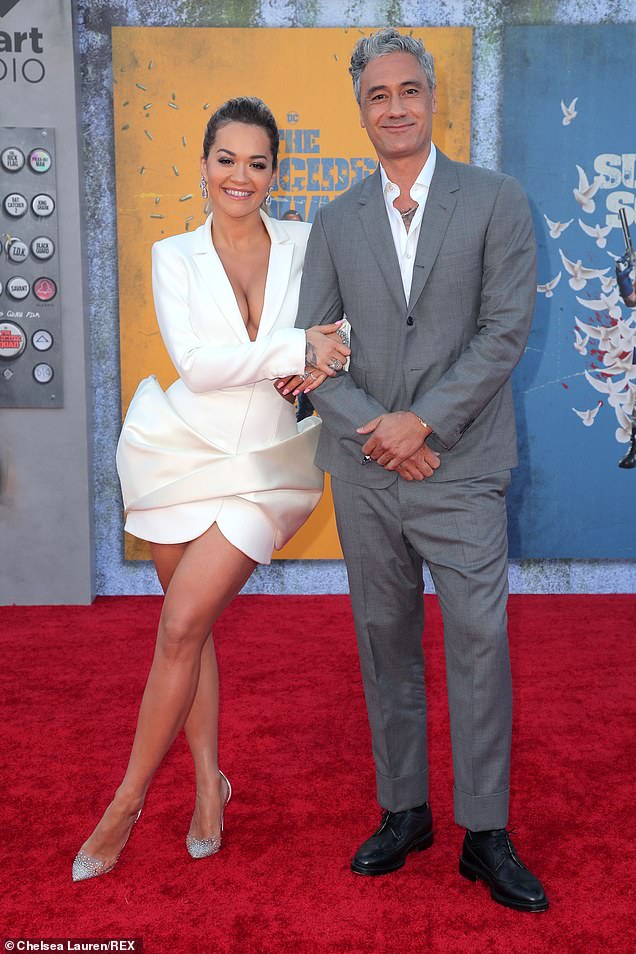 Timeline: Rita and Taika are thought to have ‘secretly’ begun dating in March. The couple jetted to Los Angeles together in June and made their red carpet debut at The Suicide Squad premiere this month (pictured)

‘Atlanta’ Asks the Question: Who, Exactly, Is Raising Your Children?

Hockey Star Zach Hyman Has Made Esports His Off-Ice Hustle