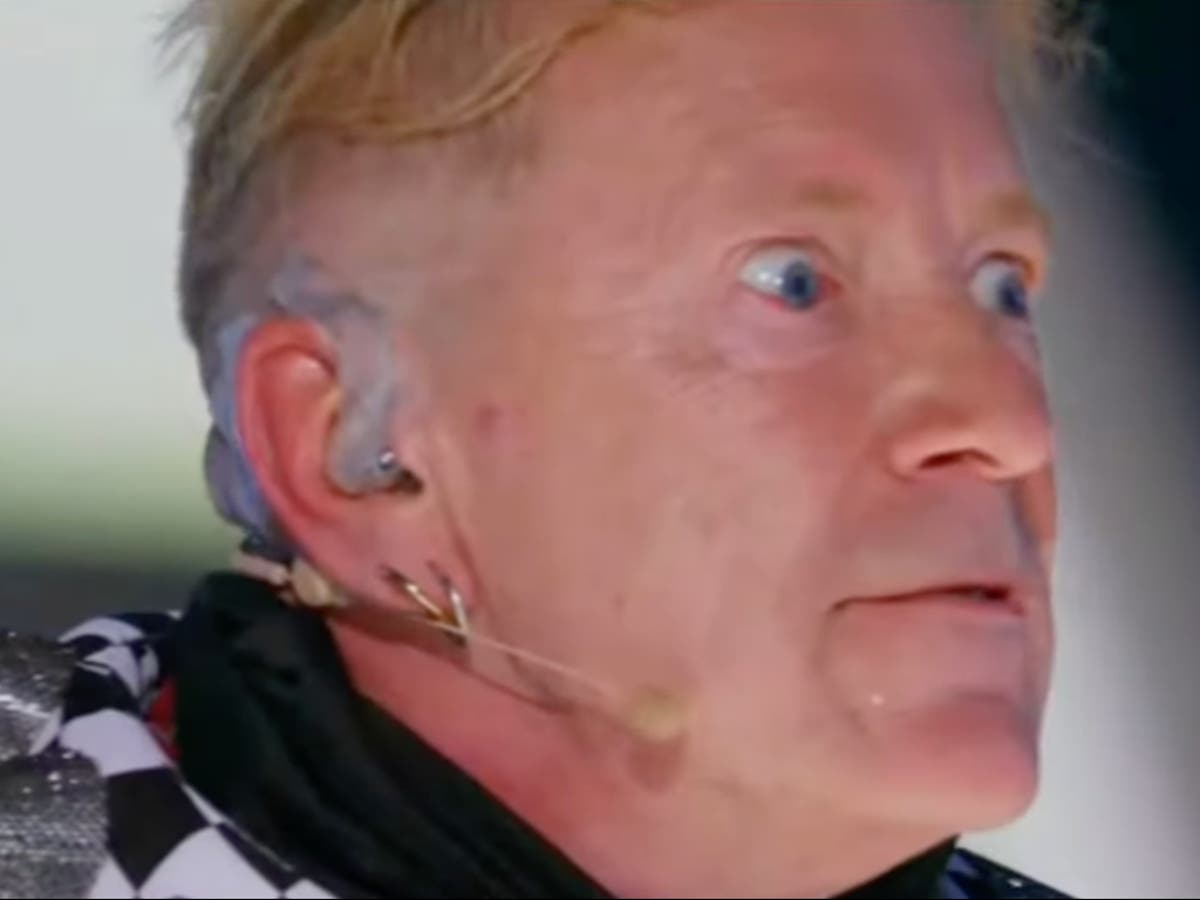 John Lydon was unmasked as Jester in the latest episode of The Masked Singer US.

The former Sex Pistols frontman, who went under the name Johnny Rotten, had performed a cover of Alice Cooper’s “School’s Out” before a rendition of “I Am a Man of Constant Sorrow” by Soggy Bottom Boys.

Lydon managed to keep his identity concealed from judges Ken Jeong, Jenny McCarthy, Nicole Scherzinger, Robin Thicke and Will.i.am until he was unmasked.

He described his experience on the show as “hilarious”.

“It was the oddest thing in the world to ask me onto a show like this,” he said. “But the way I am and my nature is I like challenges. This was a challenge to see if I could somehow piledrive through this with proper, proper dignity.”

He added: “I hope that’s what I achieved and I’ll leave that up to you boys and girls.”

The 65-year-old said he decided to go on the show because of his wife.

“Someone contacted my manager and we discussed it and I thought it would be really good because it meant my lovely wife, who is suffering from Alzheimer’s, might get a great sense of fun out of it if she managed to guess who it was,” he told Billboard.

“We’ve lived together for 47 years, Nora and I, so she must have some clues as to who I am and what I can get up to.”

Lydon was one of two British singers to take part in the episode, as pop artist Natasha Bedingfield was also eliminated from the contest after performing “Sign of the Times” by Harry Styles.

She was rumbled by her friend, Scherzinger, who correctly guessed it was the “Unwritten” singer behind the pepper mask.

“It was really fun to just step into this world and be part of it,” Bedingfield said. “And I thought I’d love to come on this show and trick my friend Nicole. Obviously she wasn’t tricked.”

Teresa Giudice Blasts Co-Star As She Admits to Nose Job

Shamita Shetty is in a sweatpants state of mind. Here’s how much it costs