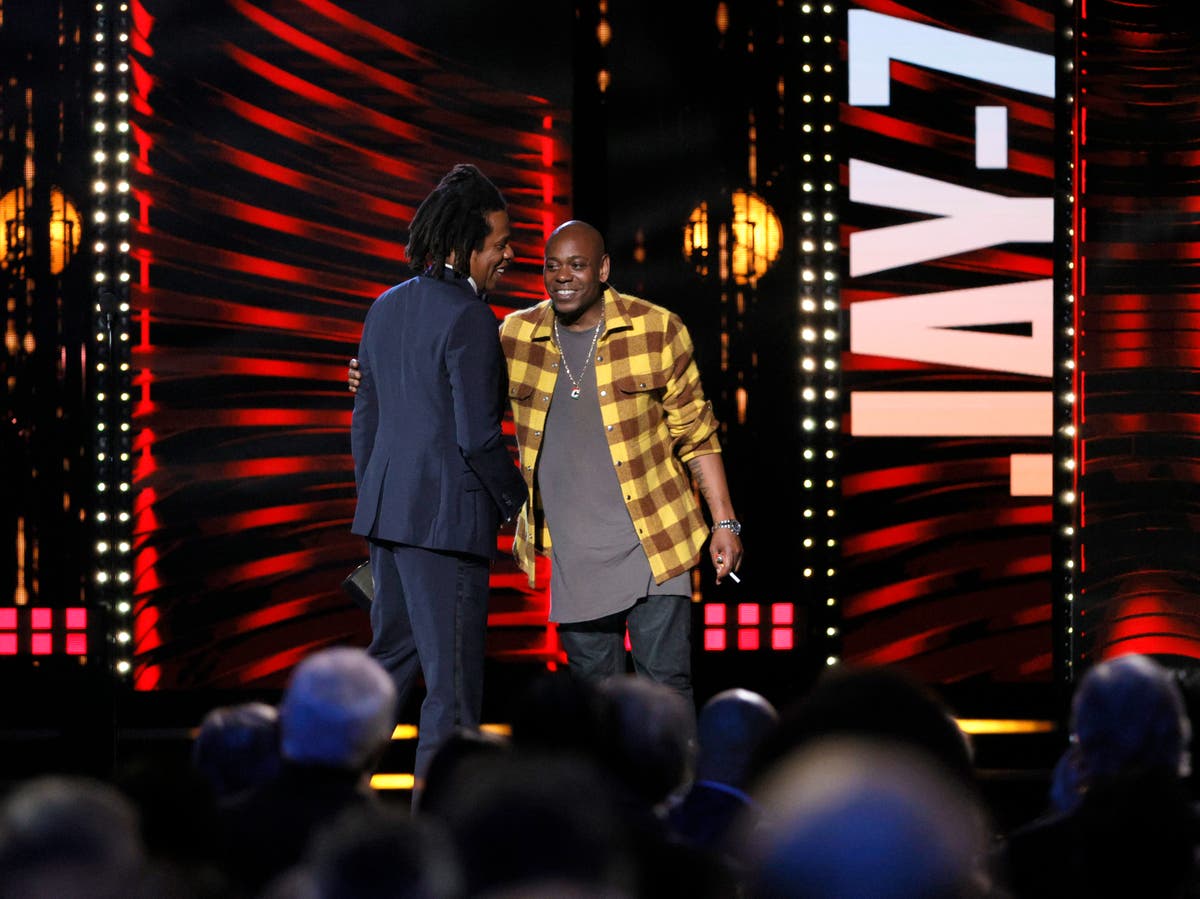 Jay-Z has defended Dave Chappelle after the comedian’s latest Netflix special The Closer triggered widespread outrage in the trans community.

During a Twitter Spaces conversation on Friday (5 November), the rapper praised Chappelle as a “super genius” and said he was “brilliant”.

Jay-Z went on to say that true art has the power to start a conversation and impact change, especially if it’s “divisive”. The “Empire State of Mind” rapper added that he did not necessarily agree with everything Chappelle said on The Closer.

The 51-year-old, who was recently inducted into the 36th Annual Rock and Roll Hall of Fame by Chappelle on Saturday (31 October), elaborated on his stance.

Chappelle received severe backlash from the trans community when he said in the special that gender was a fact and that he was “Team Terf [Trans Exclusionary Radical Feminist]”.

In his tribute to Jay-Z at the Rock and Roll Hall of Fame induction ceremony, Chappelle called the “99 Problems” hitmaker the embodiment of “Black excellence”.

The comedian also addressed the controversy over The Closer in his opening remarks, appearing at first to apologise, before making it clear that he was only joking.

In the weeks since the controversy over The Closer, the comedian has doubled down on his jokes, adding that he’s willing to have an honest conversation with members of Netflix’s Trans Employee Resource Group – who staged a walkout to protest The Closer – on condition that they watch the entire special and admit that “Hannah Gadsby is not funny”.

Gadsby had previously attacked Netflix chief executive Ted Sarandos’s defence of Chappelle’s special, when she said: “F*** you and your ammoral algorithm cult.”

In an audio clip of Jay-Z’s Spaces conversation, the rapper said: “We have to speak with one another when we disagree. That’s how we get to the bottom of it, that’s what therapy is. You gotta sit there and deal with yourself in a real way, these are the things I’ve done and these are the things I gotta grow from and anything that doesn’t have that tension, it’s not gonna be real.”

He added that social media algorithms restricted the scope of debate, encouraging people who agree with each other to, almost exclusively, interact with one another.

“We had all these fake conversations for all this time about race until Trump was in office, then we got to see people for who they truly were,” the rapper said.

When asked whether he thought Chappelle’s comments on The Closer were particularly divisive, Jay-Z said he wasn’t keen to answer for the comedian, but that, generally speaking, “great art” is usually polarising and “divisive”.

“When you’re making great art, you have to be fearless and create something that you believe in,” he said.

A DEA Raid Meant to Clean Up a New Mexico Town. Instead, It Made Everything Worse

Green-lit or greenlighted? Gaslighted or gaslit?

‘I don’t feel like you love me for me’: Love Island’s Liberty SPLITS from Jake

Jim Bakker in 2021: Where Is the Televangelist Today?

Chance for Delhi to Bounce Back Against Struggling Mumbai Indians