How to Watch ‘Hawkeye’ Online Free: Stream the Marvel Show On Disney+ 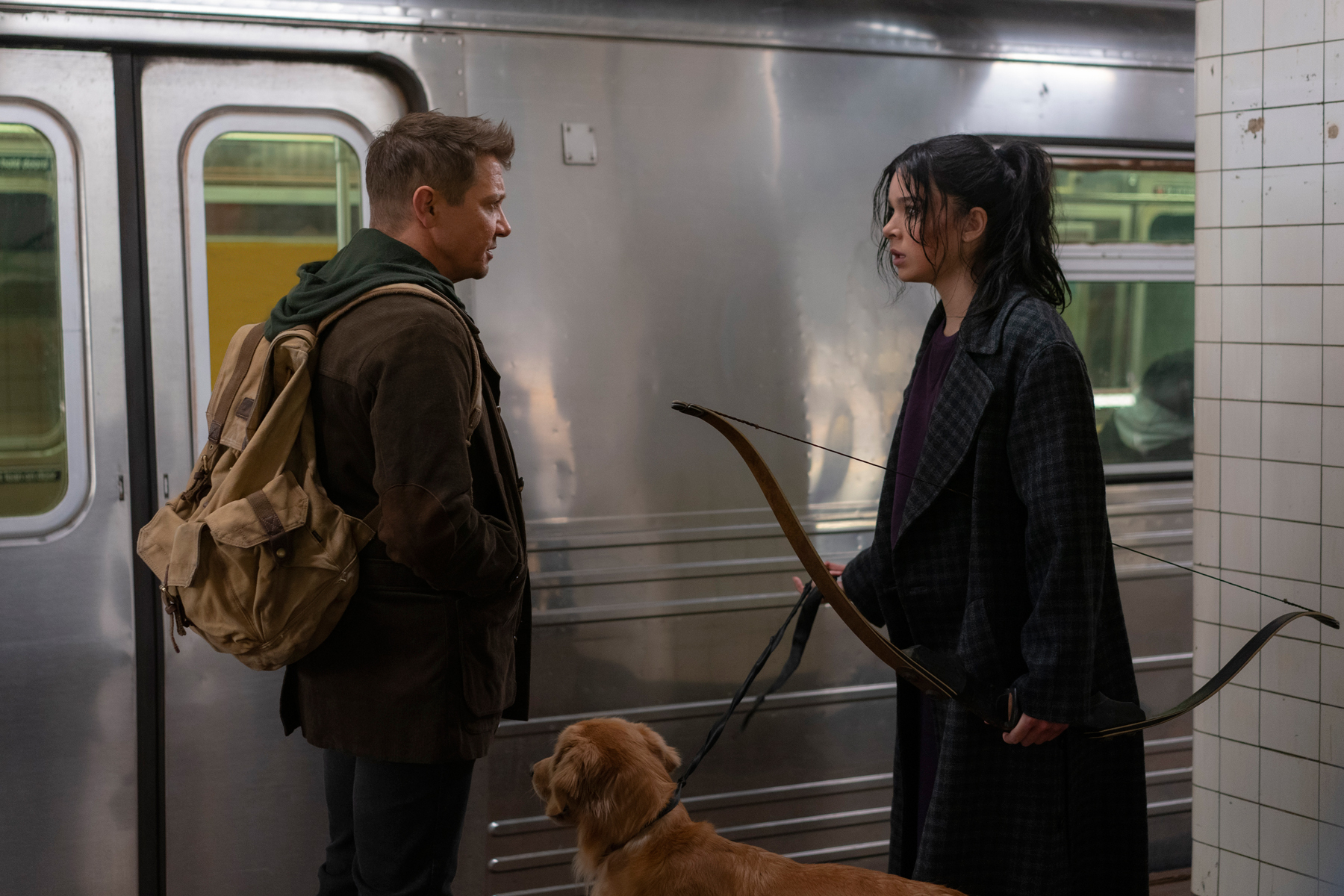 Products featured are independently selected by our editorial team and we may earn a commission from purchases made from our links; the retailer may also receive certain auditable data for accounting purposes.

After time-travelling in Endgame and returning to the life of a family man after leaving vigilantism behind, the long underdeveloped Hawkeye will finally be getting his own solo entry in the MCU with the eponymous Hawkeye, streaming on Disney+.

This new series centers around Jeremy Renner back again as Avengers veteran Clint Barton who’s tracked down by a young sharp-shooter fan Kate Bishop, played by Hailee Steinfeld. While Barton tries to focus on his family, he finds himself having to team up with Bishop as they’re under attack by local criminals during Christmas in New York City (Die Hard vibes, anyone?). While Barton attempts to return home to his family before Christmas, Bishop is looking for guidance on how to become a superhero like Barton.

Ready to ring in the holiday season with some action-packed arrow-slinging? Here’s everything you need to know to watch one of the most highly-anticipated MCU series of 2021.

When Does Hawkeye Come Out on Disney+?

Once you’re signed up with a Disney+ account, you can catch the first two episodes of Season 1 of Marvel’s Hawkeye, which premiered on the streaming service November 24. Six episodes were produced in total and subsequent episodes will be released weekly, set to air Wednesdays. The final episode will drop on December 22, just in time for Christmas.

How to Watch Hawkeye Online

If you haven’t signed up for Disney+ yet, we found one of the best streaming bundles available with this deal that gets you Disney+, Hulu and ESPN+ for just $13.99. This Disney bundle deal is the best plan for your money right now if you want access to more shows at a great discount, and it makes it easy to watch a ton of top movies and series in one place, including other MCU entries like Black Widow and the upcoming Star Wars series The Book of Boba Fett.

If you’re looking to subscribe to one platform instead of three, you can also sign up for a Disney+ subscription on its own for just $7.99 a month, or save yourself some cash when you sign up for a year-long plan at $79.99.

How to Watch Hawkeye on Disney+ for Free

Unlike Amazon Prime or Hulu, Disney+ isn’t currently offering a free trial. However, we’ve found a way for you to watch Hawkeye free online without signing up for Disney+.

If you are a Verizon subscriber, you may be eligible for their “Disney+ on Us” deal, which gets you six months of Disney+ for free. Get the deal or see if your current Verizon plan qualifies here, which will let you stream Hawkeye on Disney+ for free.

Buy:
Free Disney+ on Us Deal
at
Verizon

How to Stream Hawkeye on Disney+

You can stream Hawkeye and all Disney+ content on just about any screen in your house, on up to four devices. You can also stream it in 4K UHD with the Amazon Fire TV 4K Stick (just $24.99 right now), Roku or Apple TV.

If you own a PS4 or Xbox One, you can even use your gaming console to stream the new series. Sign up for Disney+ here.

Hawkeye has a TV-14 rating with high-intensity action scenes, and you can watch all six episodes of the series with new episodes dropping weekly on Disney+. Episodes will vary in length, from 40 to 50 minutes. Jonathon Igla, who’s worked on both Mad Men and Masters of Sex, serves as creator and showrunner.

The show also stars Tony Dalton, Fra Fee, Brian d’Arcy James, Aleks Paunovic, Piotr Adamczyk, Linda Cardellini, Simon Callow, Vera Farmiga, and Alaqua Cox. The series picks off after the events of 2019’s Avengers: Endgame — as Barton must face the consequences of his time spent as the vigilante Ronin after his family was taken from him during the Snap.

If you’re wondering what’s up next for Phase Four of the MCU, blockbuster Eternals has finally premiered, and the new Spiderman movie Spider-Man: No Way Home is coming soon to theaters on December 17. Before streaming Hawkeye you can catch up on all the other Marvel movies and shows available on Disney+ here.

How to Watch Every Hawkeye MCU Movie Appearance

If you don’t want to go back and slog through every Marvel movie, show, and short to get all the hints and references dropped (we commend you if you do, but we don’t recommend doing so all in one sitting), here’s everything you need to watch before you watch Hawkeye on Disney+.

When celebs turned heads in their bold Pink look

Prakash Jha reacts to Aryan Khan’s arrest; says ‘the poor kid is in a mess’ – Times of India