Not Irene! Home and Away’s fan favourite Lynne McGranger reveals the shocking way she found out she was almost going to be axed from the soap

She’s been on our TV screens as the beloved Irene Roberts on the long-running soap Home and Away for almost 30 years.

But according to News.com.au, Lynne McGranger has revealed in her new memoir Acting Up: Me, Myself And Irene that she once heard she was almost axed from the show during a live radio interview.

In her book, the 68-year-old actress is said to have recalled the awkward moment which occurred back in 2019 while speaking to WSFM’s Jonesy and Amanda. 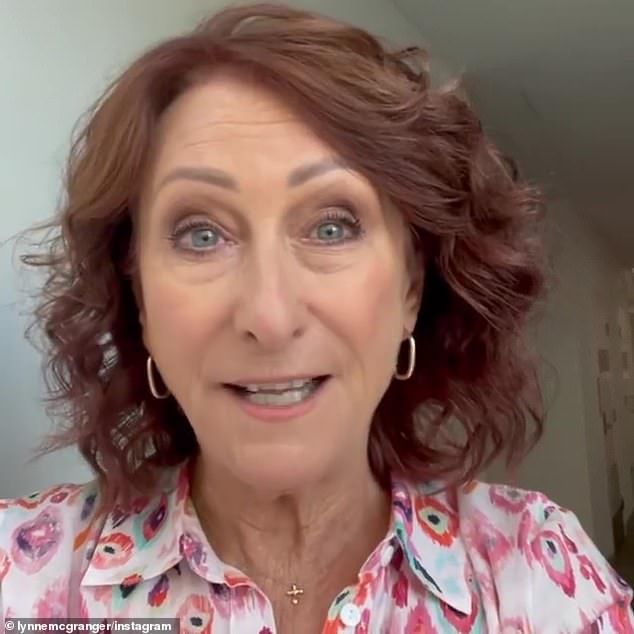 Say what?! Home and Away’s Lynne McGranger learned that she was nearly axed from the long-running soap during an on-air radio interview back in 2019

‘I feel incredibly blessed to say that I’ve blissfully gone to work every day feeling confident, proud and, all in all, secure in my job,’ she wrote.

‘That is until 2019 when I was being interviewed by radio stars Jonesy and Amanda on WSFM.’

‘Completely out of the blue, Jonesy chimed in with, ‘It’s amazing to think that they nearly wrote you out in 2002.”

McGranger said that her initial response to that revelation was: ‘I’m sorry, what?” 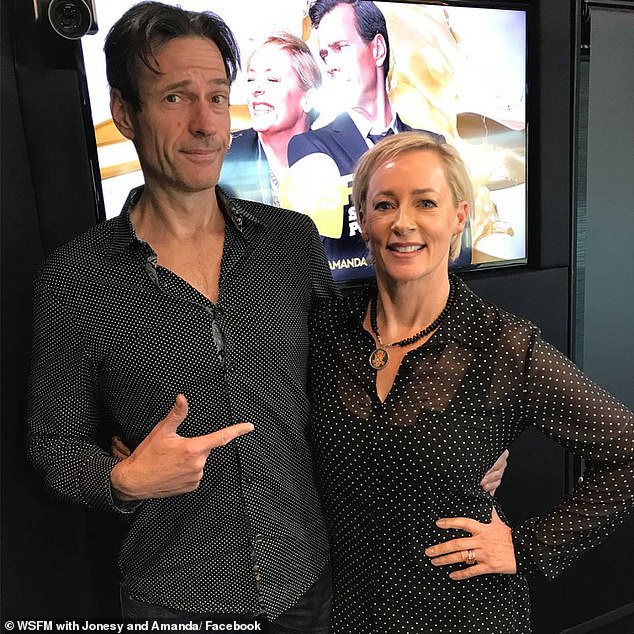 The revelation: The 68-year-old actress recalled the awkward moment which occurred in 2019 during an on-air radio interview with WSFM’s Jonesy and Amanda, where Jonesy told her ‘It’s amazing to think that they nearly wrote you out in 2002’

‘If I’d had a drink in my mouth, I’m confident that droplets would have been flying through the air,’ she added.

Jonesy told the veteran actress that the story of her potential axing was  ‘on Wikipedia’. Lynne had no idea.

She explained in her memoir there was ‘plans to write Irene out’ because the producers on Home and Away didn’t have any new ideas of where to take her character ‘now that her kids were gone’. 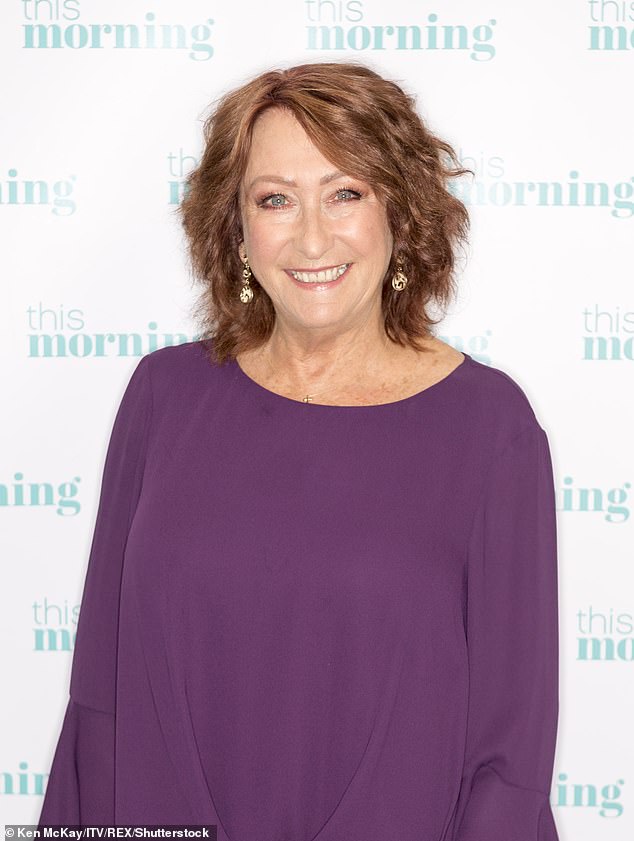 Reaction: A perplexed Lynne initially asked the radio hosts about the story, to which Jonesy told the Home and Away star that it was ‘on Wikipedia’

Lynne recalled how she was in complete shock once the interview finished.

She went to tell her husband, Paul McWaters, immediately afterwards and told him  that a ‘woman named Coral had saved my bacon back in 2002!’

Coral Drouyn was a script producer who pleaded with producers to let Irene stay.

McGranger has played Irene Roberts for more than 28 years. 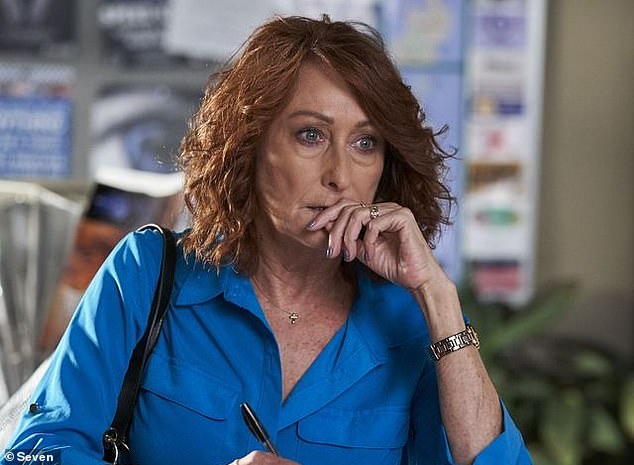 Home and Away star: McGranger has played Irene Roberts on the beloved soap (pictured) for more than 28 years. She joined the ensemble cast in 1993

She came on board the series in 1993, taking over the role from Jacquy Phillips who played the character in the two years prior.

Irene Roberts was initially written as a recurring character but was promoted to  regular cast shortly after Lynne joined.

The veteran actress is one of the longest-serving stars on the Australian soap.

Lynne McGranger’s memoir Acting Up: Me, Myself & Irene is out on November 2. 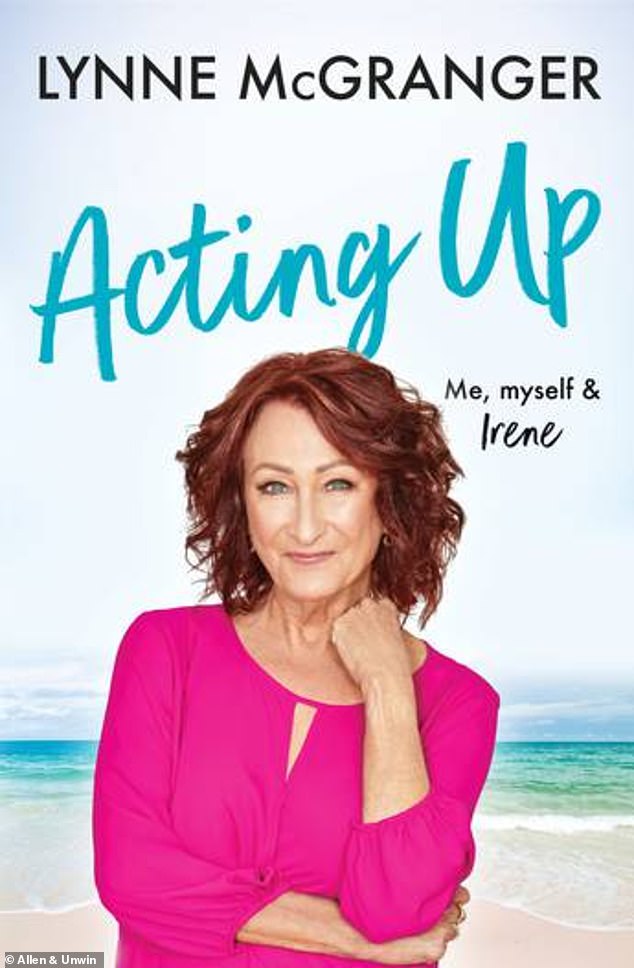 Out soon: Lynne McGranger’s memoir Acting Up: Me, Myself & Irene is out on November 2

The Best Ebook Subscription Services for Your Literary Needs

The Nets Are Benching Kyrie Irving Until He Gets Vaccinated

Ozuna Is the Better Man on His Upbeat New Single ‘Deprimida’

No.1 Scheffler wins first Major at Masters after Tiger’s return