Here’s what Derek Hough won an Emmy for in 2021 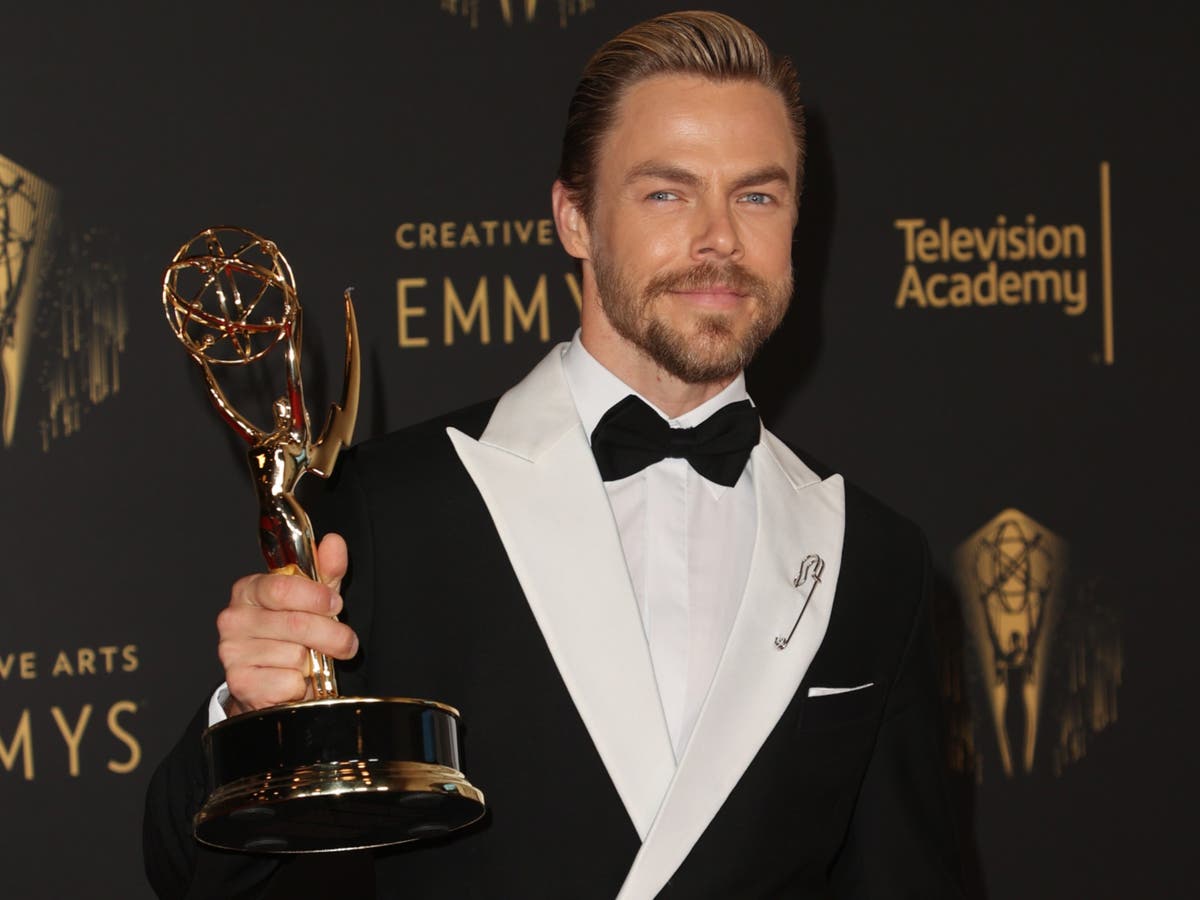 The award was given for outstanding choreography for variety or reality programming for the “Paso Double-Uccen/Tap Dance – Let’s Fall in Love for the Night” routines on Dancing with the Stars.

This was a third Emmy win for Hough; he has been nominated for an award 11 times. This makes him the most nominated choreographer in the history of the awards.

The other nominated routines in the category were: “Rudolph the Red-Nosed Reindeer”/”Baby, Please Come Home” from Christmas in Rockefeller Centre on NBC; “Garden Scene” from Savage X Fenty Show Vol. 2. on Amazon Prime Video and “Come Thru”/”Superbad, Superslick”/”Bohemian Rhapsody” from World of Dance on NBC.

The win was for one of two Emmy nominations that Hough received this year, the other being for a Disney project that he worked on.

Speaking about the award for his work, which recognised creating during the Covid-19 pandemic, he said: “Last year my goal was to bring entertainment, joy during a difficult time. The sing-along, dancing in the house, Dancing with the Stars, trying to bring a little bit of creativity, a little bit of joy into people’s homes.”

“My background in what I do, I compete. I was a competitive dancer when I was 12, before Dancing with the Stars. For me it was always about dancing to compete, to be judged.”

The upcoming 30th season of. the. show arrives on. 20 September next week shortly after, his residency in Vegas begins.

Everything you need to know about Strictly contestant Rhys Stephenson

‘The Challenge’ Star Slams Castmate, Calls Her a ‘Fake’ & ‘Shady’

Translators are the unacknowledged facilitators of the world

Tori Deal Reveals ‘Biggest Regret’ From This Season of ‘The Challenge’

Alfa Romeo buyout falls through due to financial reasons