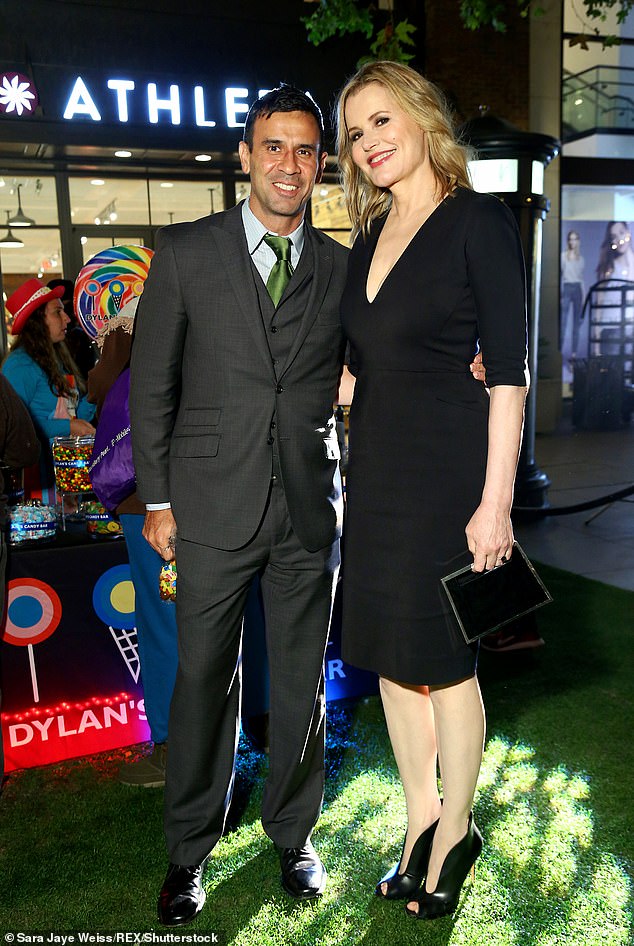 Geena Davis and Dr. Reza Jarrahy have finalized their divorce in Los Angeles Superior Court, more than four years after their November 2017 separation.

The 65-year-old actress and Jarrahy, a 50-year-old plastic surgeon agreed in court docs filed December 3 that the details of the split ‘shall not be disclosed by them to any third parties,’ People reported, citing court docs it reviewed.

The latest: Geena Davis, 65, and Dr. Reza Jarrahy, 50, have finalized their divorce in Los Angeles Superior Court, more than four years after their November 2017 separation. The former couple was snapped in LA in 2016

As part of their divorce pact, Davis and Jarrahy said they would change the last names for their sons from Davis-Jarrahy to Jarrahy, with Davis as their second middle name, according to court docs.

Jarrahy initially filed for the split in May of 2018, citing irreconcilable differences and listing the date of separation as November 15, 2017.

The Academy Award-winning actress subsequently said in court docs in September 2018 that she and Jarrahy were never legally wed, as they did not get a marriage license or pay the related fees when they lad a ‘marriage-like ceremony’ in the Hamptons in 2001.

The A League of Their Own star told the court that the then-couple ‘affirmatively decided not to obtain a marriage license’ in either New York or California, as they had ‘never intended to marry.’ 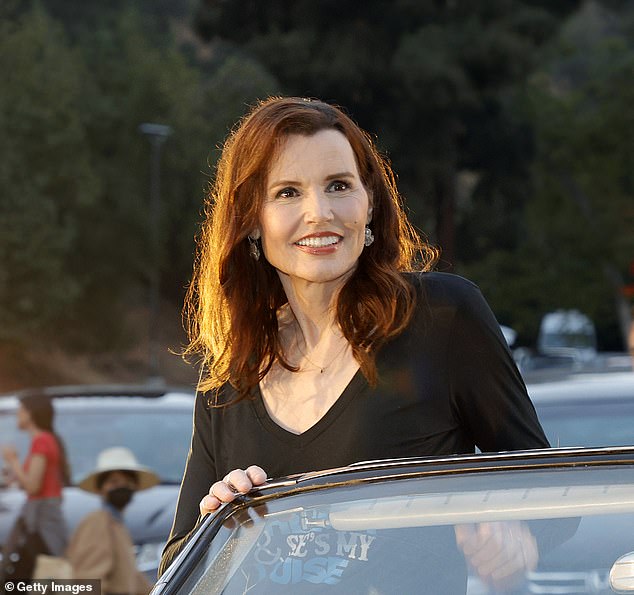 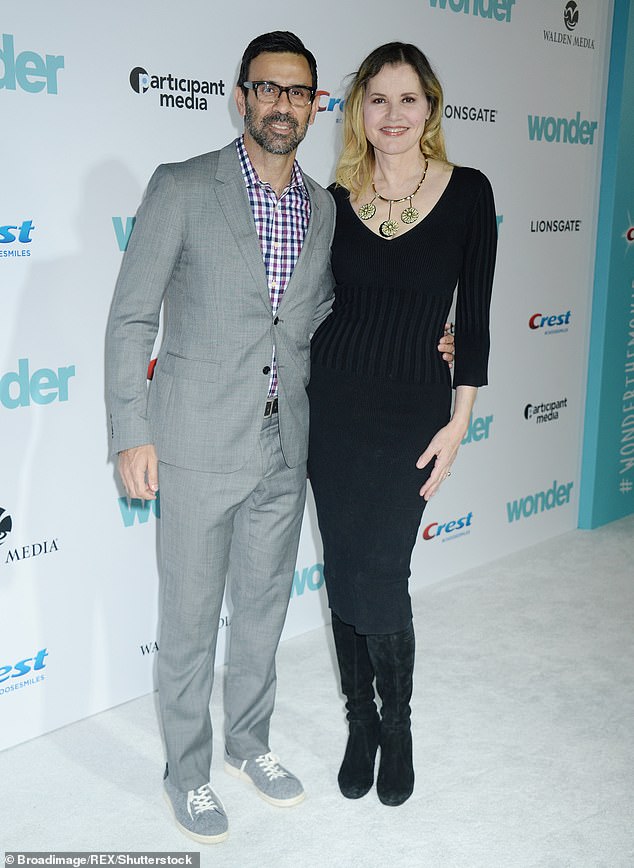 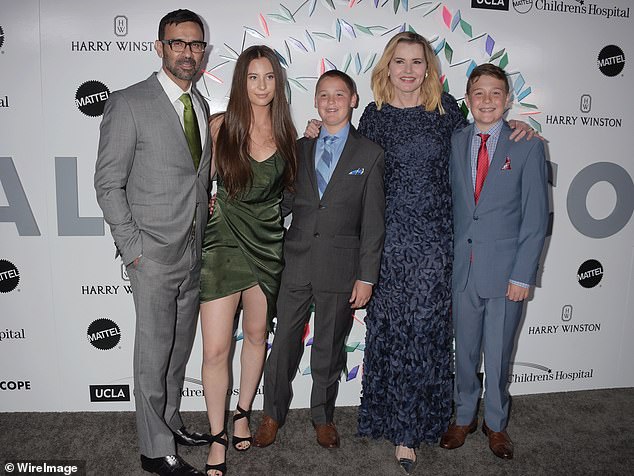 They were seen with kids Alizeh, Kian William and Kaiis Steven in LA in May 2017

Jarrahy, who is Iranian-American, said in court docs that the marriage to the Thelma & Louise actress was legally binding because his father, who officiated the proceedings, was an officiant under Islamic law, the Los Angeles Daily News reported in 2019.

Davis chat with Good Housekeeping in 2006 about discussions she had with Jarrahy prior to getting married.

‘I did say to Reza, “You’re about to become someone’s fourth husband. What on earth are you thinking?”‘ she said. ‘But as for myself, I wasn’t nervous at all. I really did feel that I had turned a corner, that I had pulled off changes that were real and permanent.

‘And it was exciting to know I was marrying someone who I can be cranky or selfish in front of and he doesn’t run screaming from the room or judge me for it. It’s like I discovered a whole other way to live.’

The Bachelor: Bella Varelis and boyfriend Will Stokoe visit a cafe in Sydney

Is the ‘Star Trek: Discovery’ Feline ‘Grudge Cat’ More Than She Seems?

Five dinner recipes that take a little longer, but are totally worth it

BTS’ Jungkook buys an apartment worth more than 3 million USD for his brother; check it out – Times of India