The 34-year-old, who is married to model Isabella Carlstrom, shared photos of herself in hospital before giving birth as she went into labour.

In the photos, she was joined by her first child, daughter Svea, while sitting on a stretcher with her belly out.

Moana Hope shared photos of herself before giving birth to her second child on Friday. Pictured with daughter Svea

In one image, Svea is shown feeding her mum a banana.

‘Svea feeding her mumma to make sure she can get through what’s about to come,’ Moana captioned it, before adding: ‘Go time.’

It comes after Hope opened up about the challenges of parenthood, her pregnancy and her favourite things about being a mum to a toddler.

She told 9honey her biggest parenting ‘fail’ was being too much of a ‘safety mum’ and had to stop ‘overthinking’ her parenting style to follow her ‘mother’s intuition’. 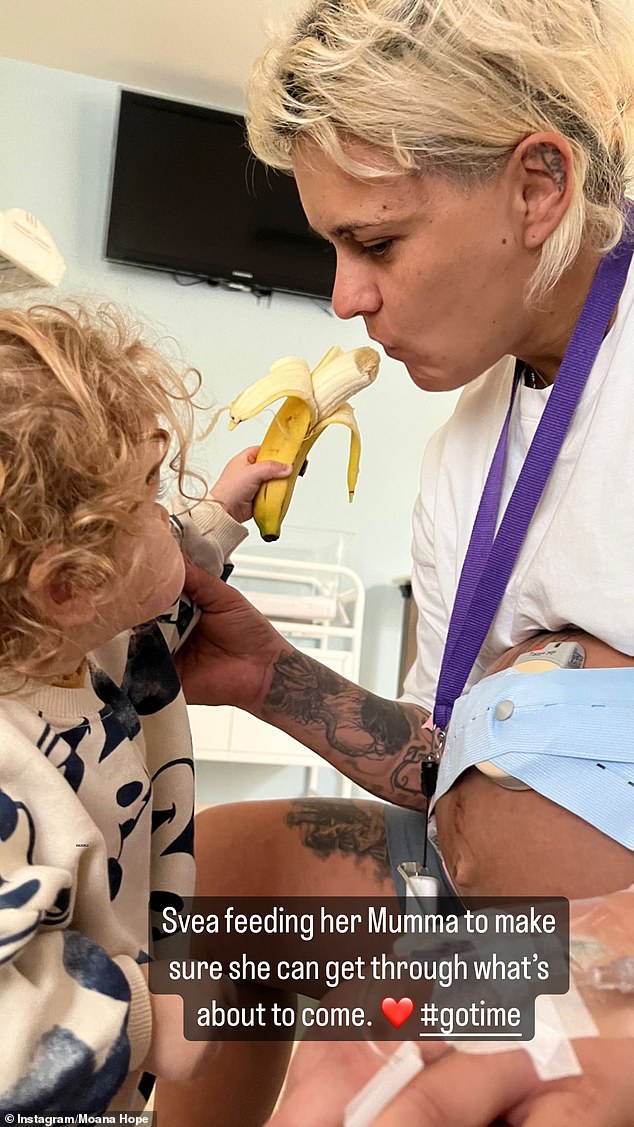 In one image, Svea is shown feeding her mum a banana as they waited in the hospital

‘I’ve had to really let go of my ‘safety mum’ because Svea is probably going to be a red bull athlete one day because she climbs everything,’ the soon to be mum-of-two said.

‘It’s not really a fail but it’s definitely something I’ve had to adapt to make sure I’m not stopping Svea from becoming whoever she wants to be.’

Moana and Isabella, who tied the knot in 2019, went through IVF to conceive both Svea and baby number two using the same donor.

Isabella gave birth to Svea in November 2020 and now Moana is carrying their second child.

During her first pregnancy, Moana said she received some sound advice from a follower on Instagram that changed her outlook on parenting. 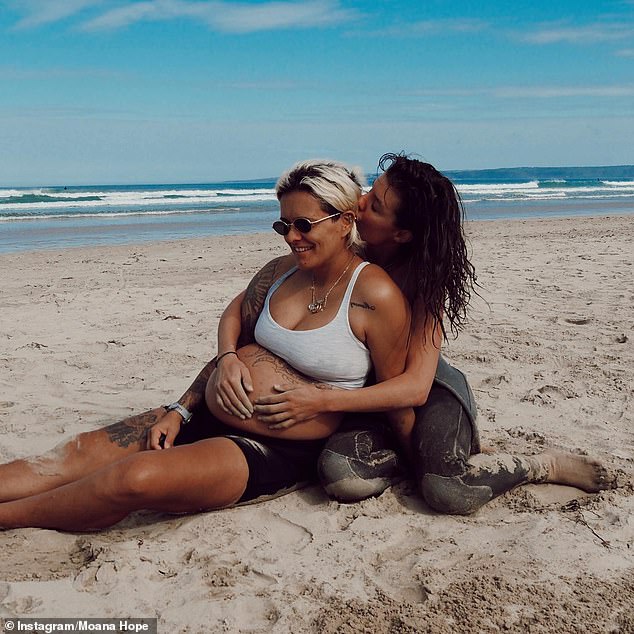 ‘I was reading every book, listening to every podcast, taking everyone’s advice but the best advice I ever got was from a lady on Instagram and she said ”just let your mother’s intuition take over,” she explained.

‘We put down the books and turned off the podcasts and just became parents and it was the best change we made.’

Moana said her favourite thing about pregnancy was feeling all the ‘kicks’ and ‘movements’ from the baby and said while having two babies under two may be a daunting task, she’ll be enlisting all the help she can get from her wife and sister Lavinia.

The retired footy player is the sole carer of 29-year-old Lavinia, or ‘Vinny’ for short, who has a rare neurological condition called Moebius syndrome. 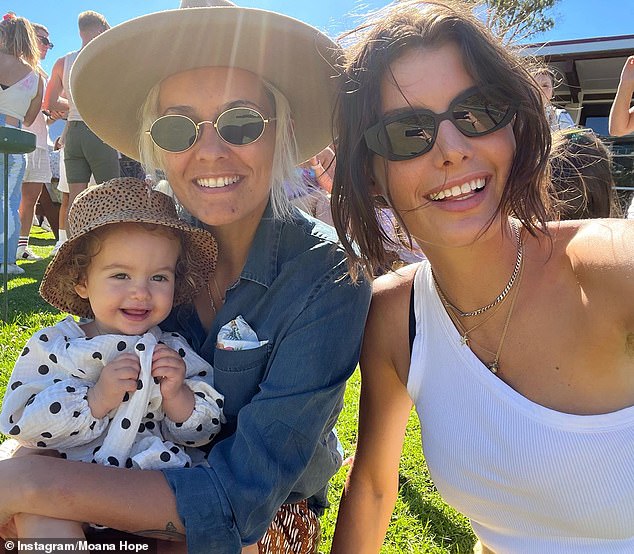 10 pictures of Pranitha Subash that mirror her inner beauty

Sidney Poitier, Oscar-Winning Actor and Activist Who Made History, Dead at 94

Ghislaine, Prince Andrew and the Paedophile will sap one’s faith in humanity – review

Where Was ‘Eight Gifts of Hanukkah’ Filmed? See Cast & Locations

Things that people with adult ADHD do – Times of India