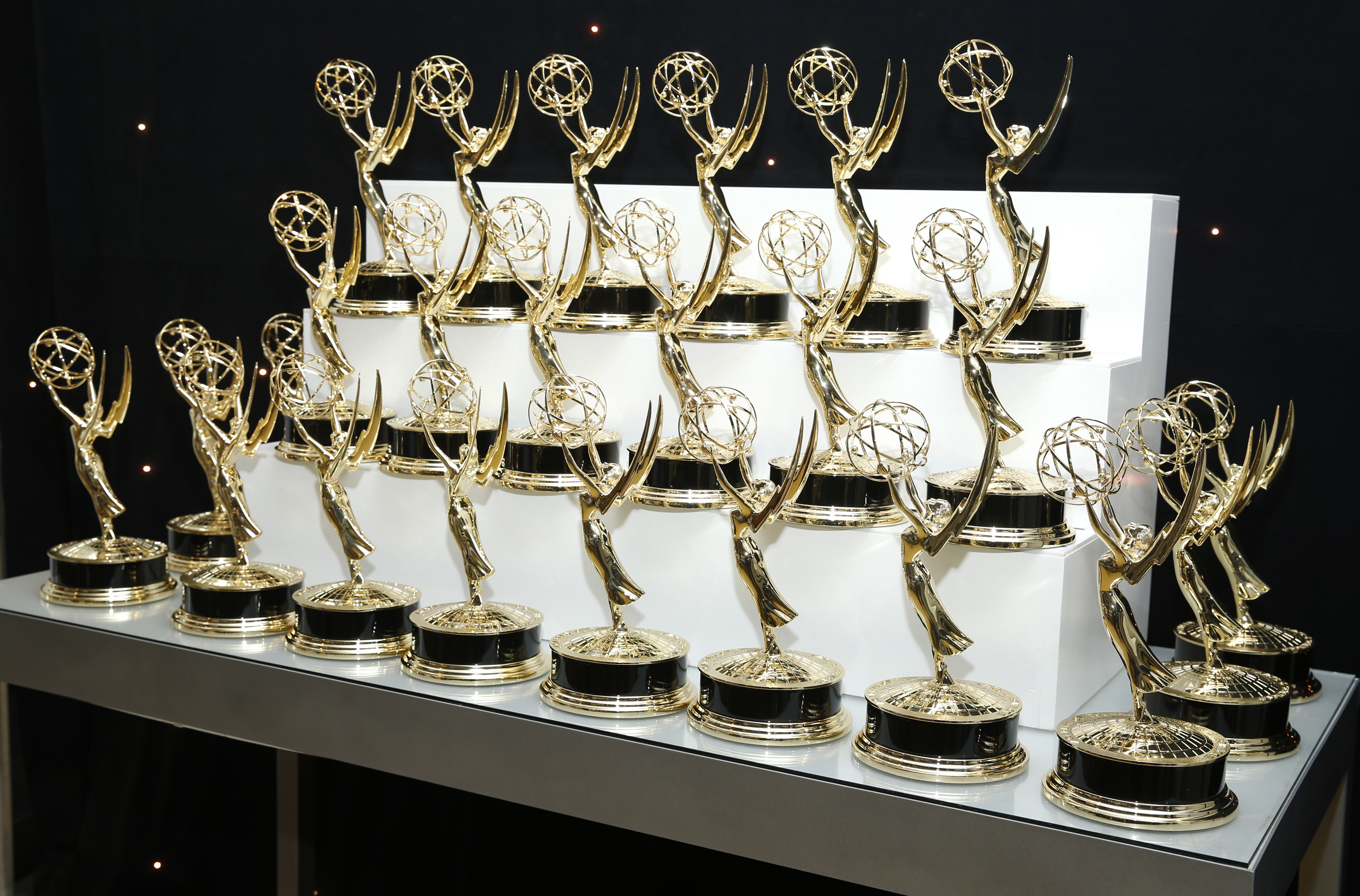 Products featured are independently selected by our editorial team and we may earn a commission from purchases made from our links; the retailer may also receive certain auditable data for accounting purposes.

The 73rd Primetime Emmy Awards take place this Sunday and there’s only one way to catch the action this year — whether you’re a celebrity or not.

Last year, with Covid restrictions in place, organizers had to take the festivities online. But this year the ceremony will once again go up as an in-person show at the Microsoft Theater in Los Angeles. Host Cedric the Entertainer be delivering his monologue to a “limited audience of nominees and their guests,” with presenters like Ava DuVernay, Michael Douglas, Catherine Zeta-Jones, Awkwafina and LL Cool J.

Both Netflix’s The Crown and the Disney+ Star Wars series The Mandalorian lead all the Emmy nominees this year with 24 nominations each. The Handmaid’s Tale is also heavily represented in the drama category, while Ted Lasso unsurprisingly tops the comedy categories.

How Can I Watch the Emmy Awards?

If you have basic cable, you’ll be able to watch the Emmys on CBS for free. You can also order a digital TV antenna, like this one from Amazon, which will be delivered in time for the show and get you access to CBS (along with all the other major broadcast networks) for free.

How to Watch the Emmy Awards Online

If you’ve cut the cord, or prefer to stream the Emmy Awards online, there are a couple ways to do it via one of these live TV streaming services.

The 73rd Emmy Awards will be airing on Paramount+ (formerly CBS All Access), and available to stream live for all subscribers. The Paramount+ streaming library is also full of classic TV shows and movies from ViacomCBS, Paramount, and their many subsidiaries. This includes CBS, Sports HQ, Entertainment Tonight, Nickelodeon, BET, MTV, Comedy Central, and the Smithsonian Channel.

Right now you can sign up for a Paramount+ free 7-day trial to watch the Emmys free, with monthly plans running you $4.99 after that, or $9.99 for an ad-free subscription.

Watch the Emmy Awards with Paramount+

Hulu offers one of the best bundles on the market with its Hulu + Live TV deal. The deal gets you thousands of TV shows and movies to stream on Hulu plus more than 60 channels of Live TV. Hulu’s Live TV offerings include CBS, so you’ll be able to stream the Emmys online. Hulu also lets you stream TV from any device, so you can watch the Emmys live from your phone and tablet too.

Hulu + Live TV costs just $65 a month, but Hulu is currently offering a free trial to the service which you can access here. Sign-up for the free trial now and get it in time to watch the Emmys for free.

Another way to stream the Emmys online is through fuboTV. Their subscription plan includes more than 200 TV channels, including CBS. fuboTV also gets you hours of cloud-based DVR storage if you don’t want to watch the awards ceremony live.

fuboTV comes with three separate 4K streaming plans: the Starter ($64.99 per month), the Pro ($69.99 per month) and Elite ($79.99) packages. All three come with a week’s worth of free streaming before you commit to the plans.

You can currently get a 7-day free trial to fuboTV. Get the free trial here and stream the Emmys live on CBS from your smart TV or phone.

Watch the Emmy Awards with fuboTV

Originally called DirecTV NOW, AT&T TV NOW is a new live TV streaming service that gets you all the local channels (including CBS) plus ESPN, Fox Sports and all your favorite entertainment networks. Plans start at just $69.99 a month and even the basic plan includes 65+ channels and more than 40,000 hours of on-demand content. AT&T now also offers cloud DVR recording so you can record live TV and watch it back whenever you want — perfect for re-watching all your favorite Emmy moments.

AT&T isn’t currently offering a free trial to new subscribers, but if you cancel the service within 14 days after watching the Emmys, you won’t be charged.

Chelsea Houkska Reacts to Having a Fifth Baby

‘Big Brother 23:’ Tiffany Mitchell on How The Cookout Really Formed