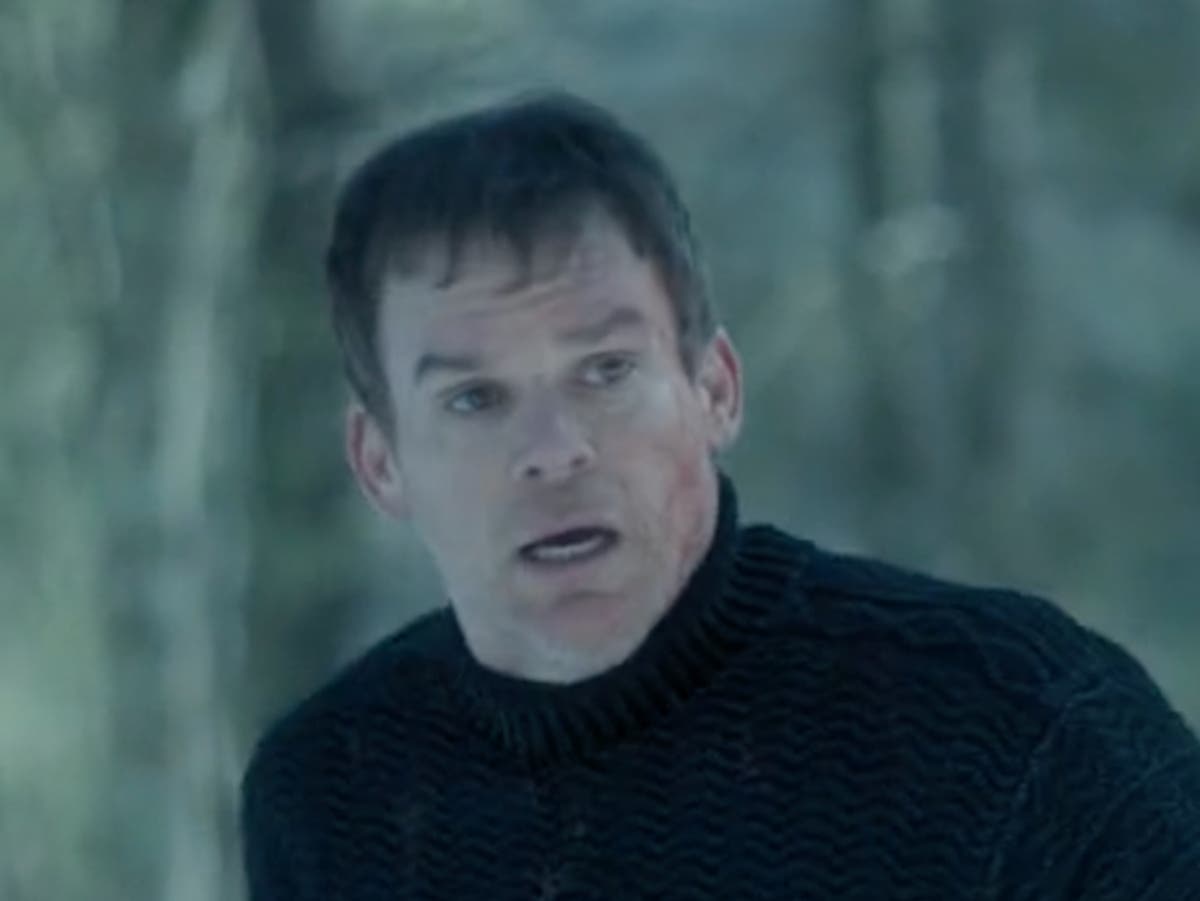 Dexter fans have been left feeling upset and frustrated all over again thanks to the New Blood finale.

The new miniseries, titled Dexter: New Blood, began in October 2021, and served as a reboot of the show that originally ran from 2006 to 2013.

New Blood saw Michael C Hall return as the serial killer, with episodes reuniting him with Harrison (Jack Alcott), the now-teenage son he abandoned at the end of the original series.

Developed by Clyde Phillips, the show was a chance to rectify what is commonly believed to be one of the worst finales of all time.

While the show received a mixed reception throughout its 10-episode run, the finale has left fans feeling dejected and more than a little bit confused.

She then revealed that she knows he’s the Bay Harbour Butcher, the moniker given to Dexter during his time at Miami Metro.

Teasing an exciting showdown, one scene shows Angela revealing Dexter’s survival and whereabouts to original character Angel Batista (David Zayas). It then emerges that, for years, Batista has been investigating the murder of Maria LaGuerta (Lauren Vélez), whom Dexter’s sister Deb (Jennifer Carpenter) killed to protect him,

Angel is last seen setting off to Iron Lake to bring Dexter back to Florida, where he’ll face the death penalty for his crimes.

However, this showdown never occurs. Instead, Dexter escapes from his cell after killing Sergeant Logan (Alano Miller), which prompts Harrison to use Dexter’s own code (only kill people who kill innocent people) against him.

He shoots his dad dead and drives away to live a new life, free of the demon’s his father’s abandonment brought him.

Fans were not only devastated to see Dexter killed off in an unceremonious manner, but expressed their confusion over the promised showdown with Batista.

“They really went and screwed up two Dexter finales. Can’t believe this is what we get after 8 years,” one fan wrote, with another adding: “I’m convinced they only brought #DexterNewBlood back to hurt us all over again.”

Another said this episode made the reappraise the former finale, writing: “After the beyond awful #DexterNewBlood finale, I’ve come to conclusion that the S8 finale is OG! New Blood never happened.”

Other shared funny memes referencing the “missing” encounter between Dexter and Batista.

Dexter: New Blood is available to stream on NOW.

Survivor season 41 – everything we know about the cast

Did ‘Big Brother’ Producers Sabotage Sarah Beth With This Advice?

Jenn Todryk Gives an Update on Her Youngest Child

“Trading Places” and the challenge of troubling art of the past

How to Make a ‘Dune’ Stillsuit

Laxman to Join NCA on December 13, Will Travel With Under-19s for World Cup

Exactly how bad is long-term sleep deprivation for the health of new parents?

IND vs NZ, 2nd Test: Have ‘Firm Faith and Belief’ New Zealand Can Perform in All Conditions, Says Ajaz Patel