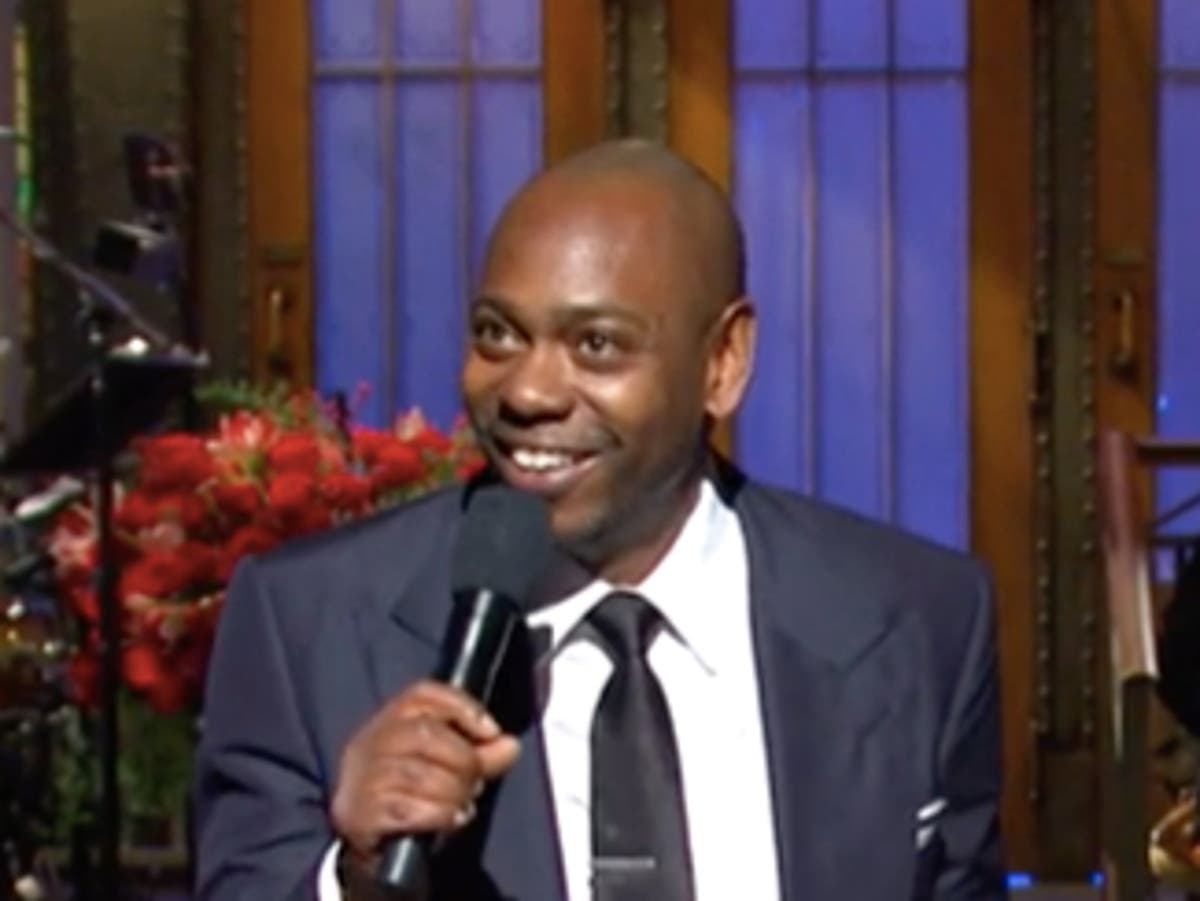 Comedian Dave Chappelle made a surprise visit to his former school in Washington DC on Tuesday (23 November), where he faced criticism from current students.

The Duke Ellington School of the Arts had postponed his planned appearance at a fundraiser over threats of a student walk-out, following Chappelle’s controversial comments about the trans community in his Netflix special The Closer.

According to a report in Politico, though, Chappelle’s appearance ended up going ahead and was attended by 580 students.

During a Q&A session, one student reportedly stepped up to the microphone and called Chappelle a “bigot” adding: “I’m 16 and I think you’re childish, you handled it like a child.”

According to students, Chappelle replied: “My friend, with all due respect, I don’t believe you could make one of the decisions I have to make on a given day.”

In response to another tricky question, Chappelle reportedly told the audience: “I’m better than every instrumentalist, artist, no matter what art you do in this school, right now, I’m better than all of you. I’m sure that will change. I’m sure you’ll be household names soon.”

The students claimed that one of their classmates shouted at him, “Your comedy kills,” to which Chappelle replied: “N****** are killed every day.”

A father of a child at the school told Politico: “As a parent, I have to say I have a real problem… He was being dead serious and using the n-word on the record. What kind of judgment is the school showing to allow that?”

Chappelle’s spokesperson said: “They are complaining that he talked and said the n-word. If anything, Dave is putting the school on the map.”

The Independent has contacted Chappelle’s representatives for additional comment.

The comic has been a big supporter of the school over the years, donating $100,000 and donating one of his Emmy Awards in 2017.

A Duke Ellington spokesperson said: “During the conversation with students and staff, Chappelle specifically invited the voices of discontent to ask questions, however as a result, the supporters of Chappelle became the silent majority.

“Our principal was approached by several students after the assembly who were disappointed that they were not able to voice their support for Chappelle in this forum.”

The event was not totally acrimonious. Chappelle spoke out in support of students who have received death threats since protesting him. “His whole tone changed,” one of the students said. “He said, ‘This is my family and whether they know it or not I love these kids… I don’t want to hear about any threats to these kids. These kids don’t deserve that.’”

“He was really kind,” the student continued. “If [only] he [had] acted that way the whole time… There was no reason to be mean to us. He was just laughing at kids.”

In his comedy special, Chappelle declared himself “team TERF” (which stands for trans-exclusionary radical feminist) and made a number of jokes many have considered “transphobic”.

In a video posted to Instagram, Chappelle later addressed the criticism and doubled down on his stance: “To the transgender community, I am more than willing to give you an audience, but you will not summon me. I am not bending to anyone’s demands.”

He went on to say: “And if you want to meet with me, I am more than willing to, but I have some conditions. First of all, you cannot come if you have not watched my special from beginning to end. You must come to a place of my choosing at a time of my choosing, and thirdly, you must admit that Hannah Gadsby is not funny.”

The remark directed at Gadsby is a reply to the comedian’s recent criticism of Chappelle and Netflix for airing the special, which she labelled “hate speech”.

Virat Kohli shares an endearing moment with Anushka Sharma; says ‘with you by my side, I am at home anywhere’ – Times of India

Meghan McCain: Joy Behar ‘Humiliated’ Me, Made Me Cry on ‘The View’

The Parkinson era is long gone: Why we don’t have room for a serious chat anymore