‘Daily Show’ Hits Trump Rally to Talk to Iowans Who Still Think He Won: ‘We Are Not a Cult’ 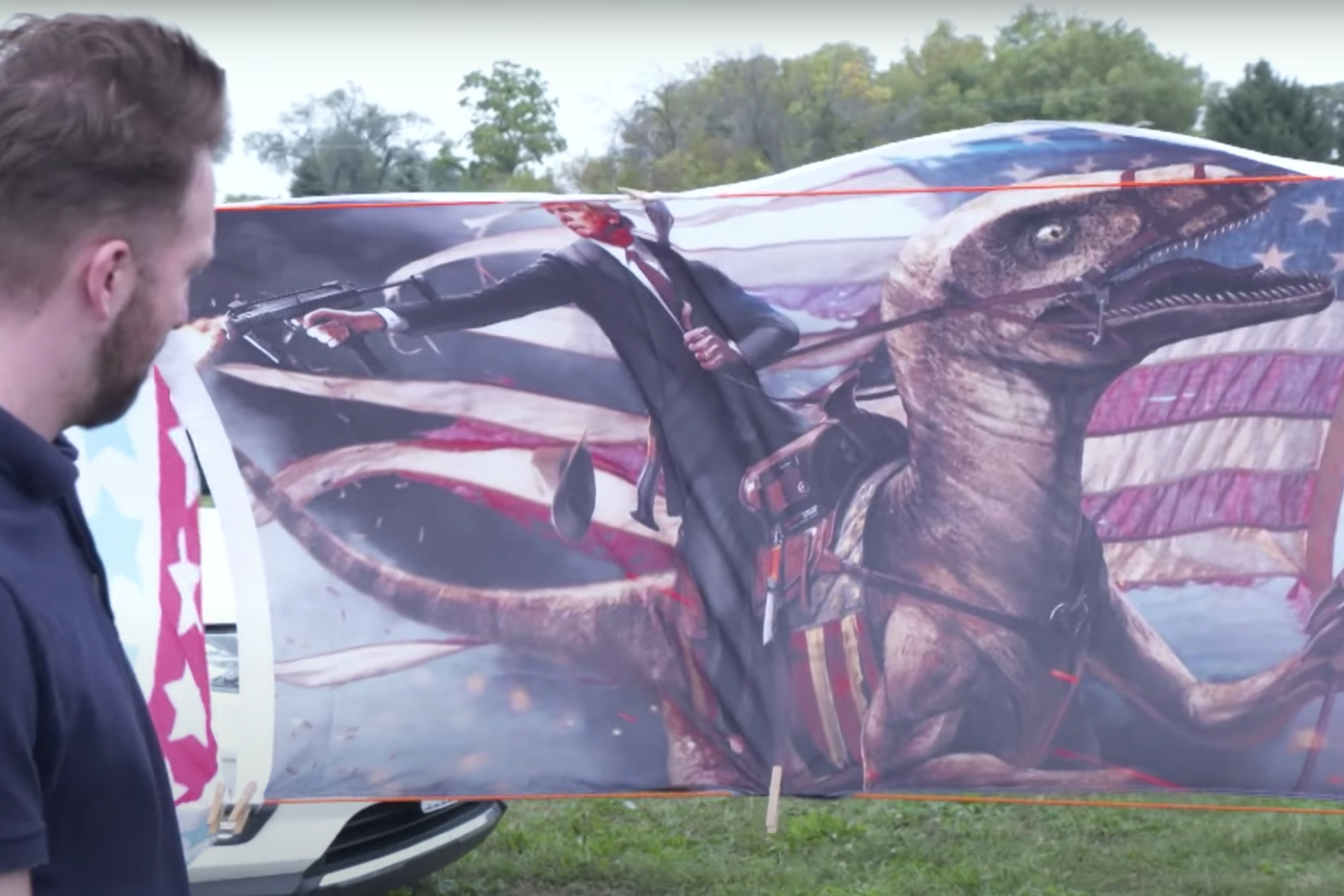 The Daily Show With Trevor Noah correspondent Jordan Klepper headed to Iowa during a Trump rally for the first time since the January 6th insurrection in a segment that aired on Monday. During his visit, he chatted with Trump supporters, some of whom apparently still believe the election has not been decided and that the former president is still in charge.

“I’m back at my first Trump rally since January 6th, 2021, a day no one will ever forget unless you’re a Republican member of Congress,” Klepper quipped while at the rally in Des Moines. In the clip, he walks through the event where numerous flags were hoisted that proclaimed “Trump Won.”

“And even though Trump won, they’re hoping he runs again,” Klepper says. When he points out that “the last guy hasn’t even conceded” to an attendee, he responds that he has “choice words” for Biden, but he’s “trying to be civil today.”

As Klepper strolls around, confederate flags fly and there’s one that features Trump riding a velociraptor while shooting a machine gun. “You know people say, ‘Oh Trumpsters, that’s a cult,” one attendee tells him. “But I feel like cult is such a negative word. We are not a cult; we are a group of Americans that love our country and want it back.”

She adds: “I feel like whatever he spews out of his mouth I just love it.”

He also queries some in the crowd about their thoughts on the big issues. He tries to point out the hypocrisy of not “giving the middle finger to half the country” to a couple, but it appears to go over their heads.

He also runs into QAnon believers, talking to one who believes Trump is still the president. “He’s never left. There’s no doubt in my mind, 150,000 percent,” the supporter says, claiming that Trump has been flying around the world on Air Force One and that Trump and the military are still running things.

The clip goes further down the conspiracy rabbit hole from there.

How to Watch ‘The Beatles: Get Back’ Documentary Online on Disney+

Light Years: the exhibition proving photography is an art form

Pixie Geldof is pregnant with her first child