Sami Sheen was spotted wearing a summery casual ensemble when she was spotted stepping out for a bit of shopping in Calabasas this week.

The 18-year-old daughter of Charlie Sheen and Denise Richards teamed a simple grey crop top with a fluttery white pair of trousers.

Her latest sighting comes after she dished that her father still does not support her having an OnlyFans account but her mother does.

Stepping out: Sami Sheen was spotted wearing a summery casual ensemble when she was spotted stepping out for a bit of shopping in Calabasas this week

Sami chatted with TMZ this past Thursday at the Beverly Hills restaurant Il Pastaio, where she was asked about the reception from her parents to the account.

‘I’m super grateful, I have a supportive mom on my side,’ Sami said, adding that her father ‘hasn’t’ particularly come around on the idea, ‘not too much.’

Asked about the lack of support from Charlie, 56, of having the account, Sami said, ‘I don’t really mind, it’s totally fine,’ later adding that it was a ‘personal’ issue she’d prefer not to go into detail about.

Sami said she was ‘happy for’ her mother also starting a page on the site, adding, ‘I don’t mind at all … I’m super happy, she’s doing really well.’ 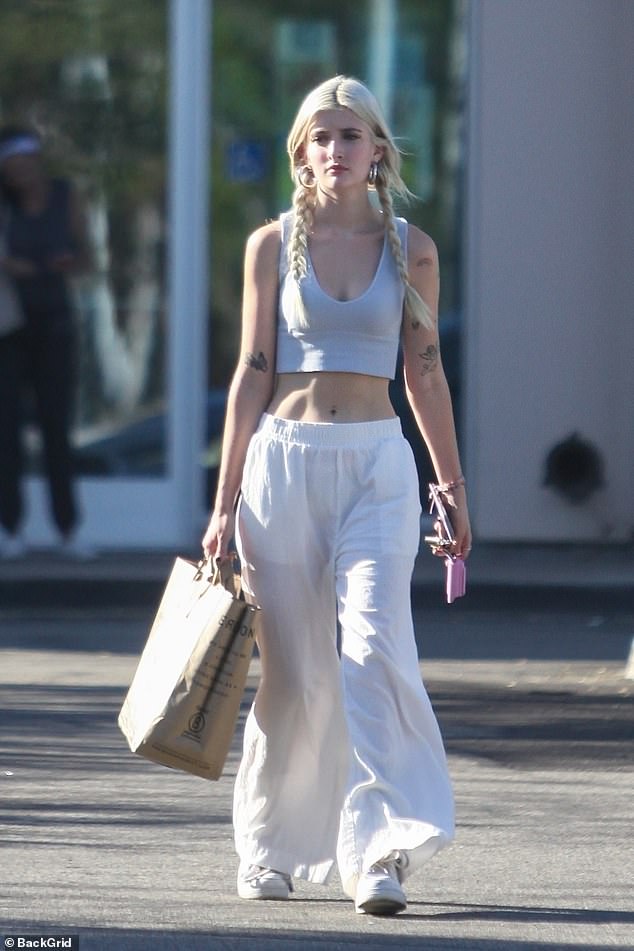 Off she goes: The 18-year-old daughter of Charlie Sheen and Denise Richards teamed a simple grey crop top with a fluttery white pair of trousers

Sami said there is more of a ‘stigma around’ bikini pics posted to OnlyFans as opposed to on Instagram.

‘Everyone thinks it’s just for like, raunchy stuff, but you can post whatever you want on there,’ she said. ‘I’m just kind of doing my own thing, seeing if people like it or not. I just like the creative side of it and being able to make my own choices and be my own boss.

The Two and a Half Men alum and Richards, 51, were married from 2002 until 2006 and are also parents to daughter Lola, 17, while Richards is also mother to adopted daughter Eloise, 11. 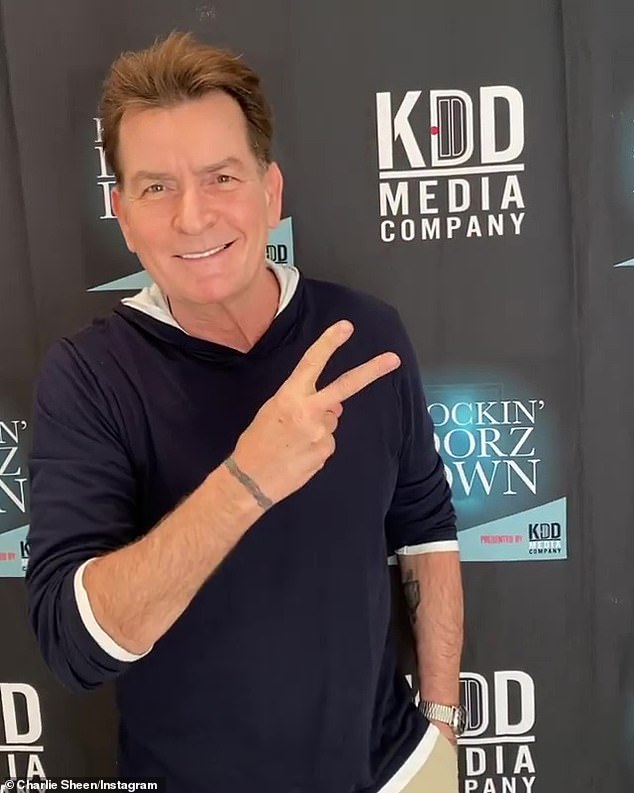 Daddy dearest: Her latest sighting comes after she dished that her father still does not support her having an OnlyFans account but her mother does

Charlie has issued mixed messages about his feelings about Sami having the page, as he told E! News last month in a statement, ‘I do not condone this, but since I’m unable to prevent it, I urged her to keep it classy, creative and not sacrifice her integrity. She is 18 years old now and living with her mother. This did not occur under my roof.’

Sheen later clarified his remarks, telling Us Weekly in a statement that he was supportive of Sami’s efforts.

‘Denise has illuminated a variety of salient points, that in my haste, I overlooked and dismissed,’ he said. ‘Now more than ever, it’s essential that Sami have a united parental front to rely upon, as she embarks on this new adventure. From this moment forward, she’ll have it abundantly.’ 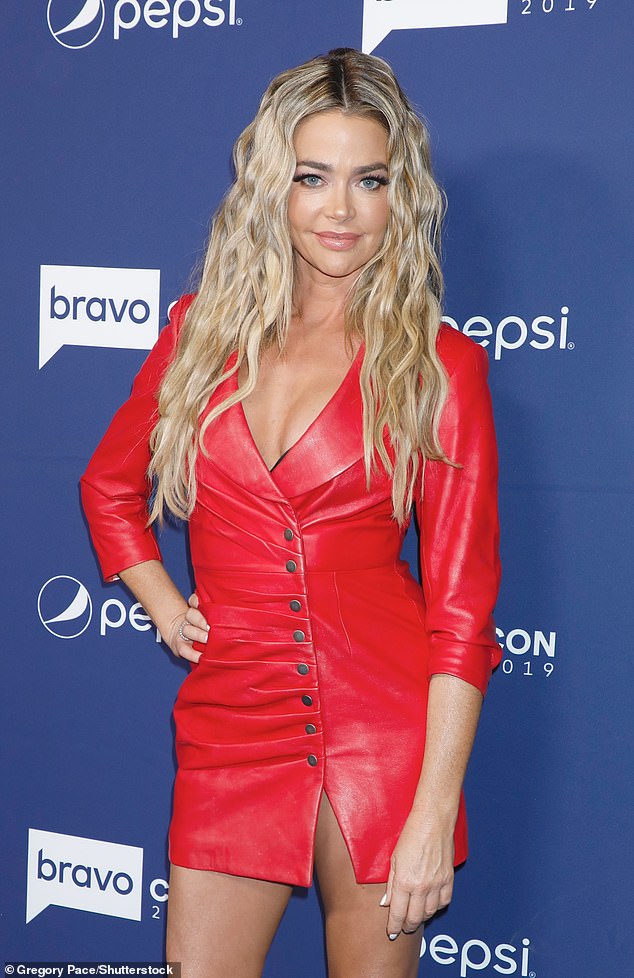 Richards, pictured in NYC in 2019, is ‘doing really well’ with her account after starting it, Sami said

Earlier this week, Richards spoke with E! News’ Daily Pop, explaining how she feels there is an unnecessary stigma applied to OnlyFans as opposed to other social media sites.

‘A lot of us have posted pictures of ourselves on Instagram in a bikini or something that might be perceived as risqué,’ Richards said. ‘And if my daughter chooses to post a picture of herself in a bathing suit on OnlyFans, why would she get backlash on that but not on Instagram?’

She said that criticism raised toward Sami was ‘very unfair,’ as she’s ‘able to do what she wants to do’ as an adult. 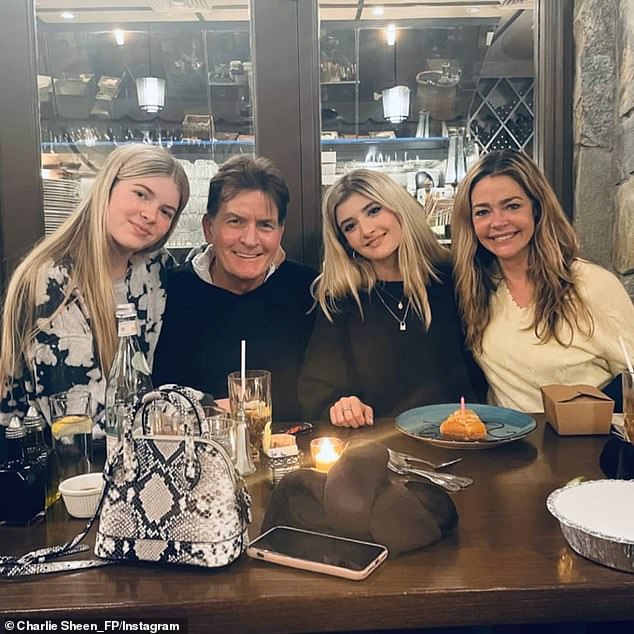 Can Being Reminded of My Death Improve My Life?

Arjun Kapoor and Bhumi Pednekar to shoot for ‘The Lady Killer’ in Nainital from March – Exclusive! – Times of India

The Cop Fired for Supporting Rittenhouse Wants His Job Back. What Would You Do?