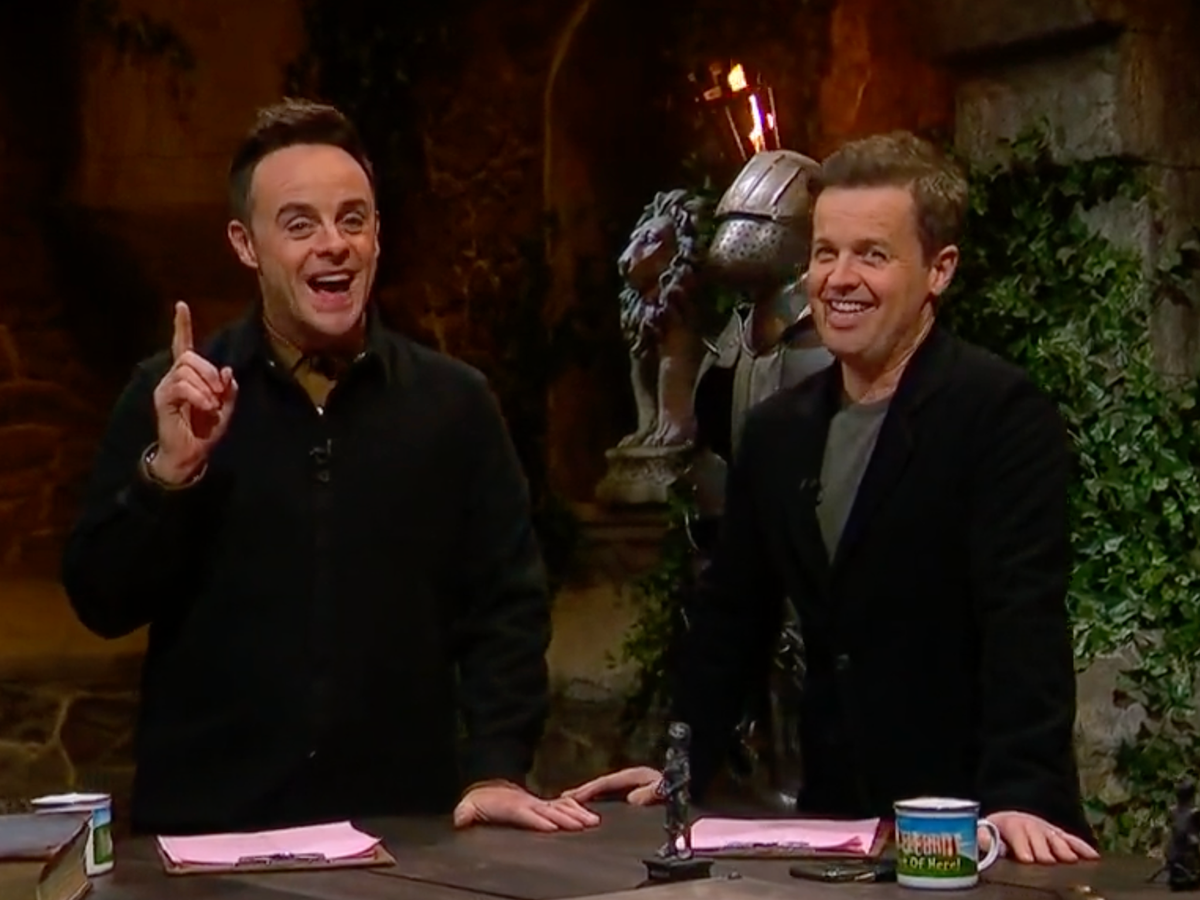 Ant McPartlin and Declan Donnelly took another swipe at Downing Street in I’m a Celebrity… Get Me Out of Here! as anger continues over the Christmas Party alleged to have taken place last year amid lockdown restrictions.

In the video obtained by ITV News, Boris Johnson’s then spokesperson Allegra Stratton quipped that the party was “was not socially distanced” and suggested passing it off to the public as “a business meeting”.

The footage was recorded as a rehearsal for planned televised press briefings, with mock questions posted by the prime minister’s special advisor Ed Oldfield and other staff.

Johnson has apologised for the video but continues to deny that any party took place.

“If we’ve learnt one thing in the last 24 hours, it’s that you can’t get away with covering things up,” said Ant during tonight’s episode of I’m a Celeb.

“No, that’ll come back to bite them at some point. It might take a year but it will happen,” agreed Dec.

“The situation was as clear as day. We all watched the video of them getting the question wrong. It was obvious what happened. Even Ant and Dec are ahead of the prime minister – sorry! Danny Miller – on this one.”

The joke was a reference to Keir Starmer’s comments in today’s (8 December) Prime Minister’s Questions in which the Labour leader spoke about Ant and Dec.

“We’ve all watched the video of the Prime Minister’s staff… they knew there was a party, they knew it was against the rules, they knew they couldn’t admit it, they thought it was funny,” said Starmer.

Yesterday’s episode (7 December) of I’m A Celeb likewise saw the presenters take aim at the prime minister over the Downing Street incident.

I’m a Celebrity concludes next Sunday (12 December), when the new king or queen of the castle taking over from reigning champion Giovanna Fletcher will be named.

I’m a Celebrity… Get Me Out Of Here! continues tomorrow at 9.00pm on ITV.

‘Colin in Black & White’: Football’s Most Controversial Player Adds Shades of Gray to His Story

On Day for Peace and Non-violence, Learn 5 Ways to Manage Your Anger

Motor Racing-Bottas Hoping To Win But Ready To Support Hamilton