AFL: WAG Alex Pike looks sensational on one of her daily power walks 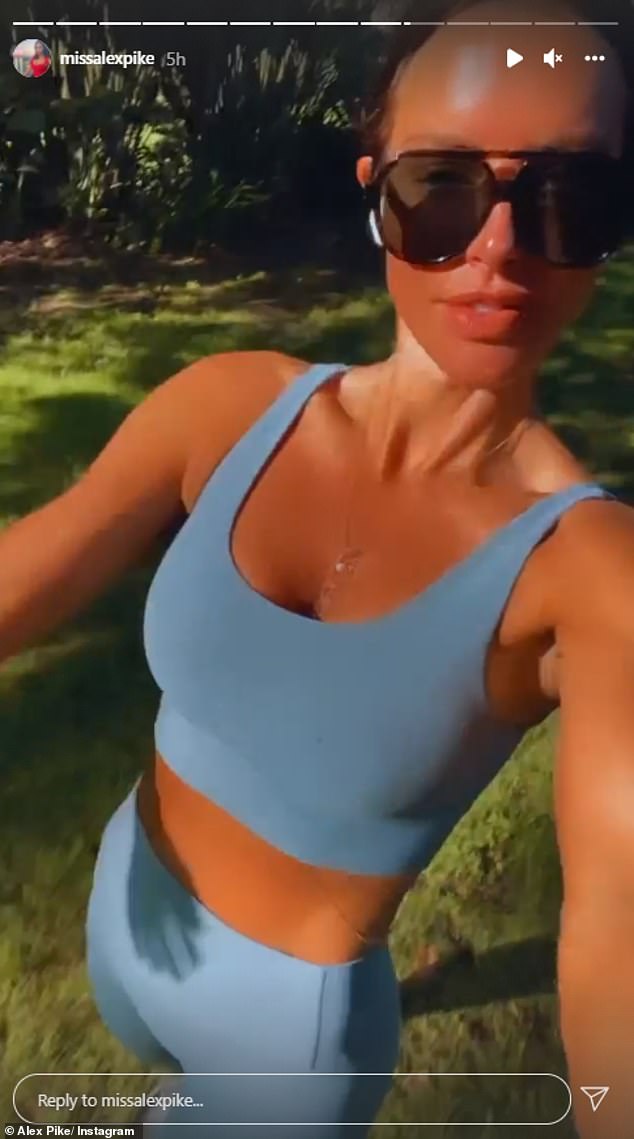 Nathan Buckley’s girlfriend Alex Pike, 44, showcases her sensational figure during one of her daily power walks

She is one of the country’s most glamorous WAGs.

And Alex Pike, the girlfriend of former Collingwood coach Nathan Buckley, looked fit and fabulous while out for a walk in Melbourne on Tuesday.

The cosmetic nurse and mother of three, 44, showcased her sensational figure in pale blue activewear during her energetic stroll.

Sensational: Nathan Buckley’s girlfriend Alex Pike, 44, showcased her sensational figure during one of her daily power walks on Tuesday

Alex, who walks 10km every day, looked upbeat during her daily exercise.

Her toned limbs and midriff were on display as she raised one arm in the air. 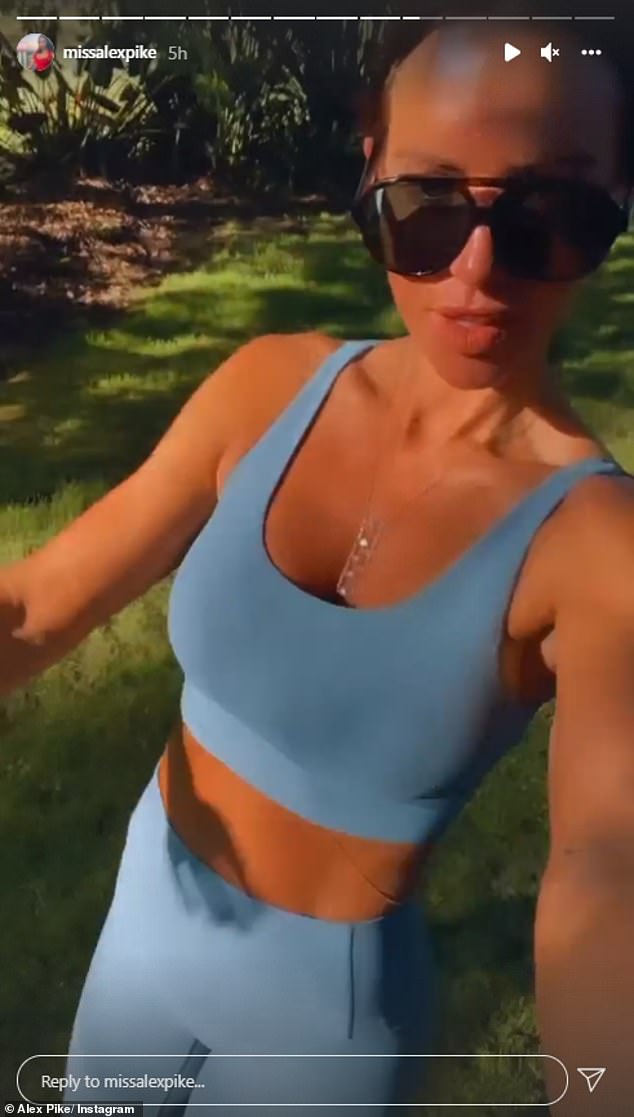 Glam: Alex, who walks 10km every day, looked upbeat during her daily exercise. Her toned limbs and midriff were on display as she raised one arm in the air

It comes after she showed off her incredible figure in a patterned bikini as she frolicked in her pool over the weekend.

She also flaunted her flawless line-free complexion by going makeup free and wore her long locks up in a ponytail. 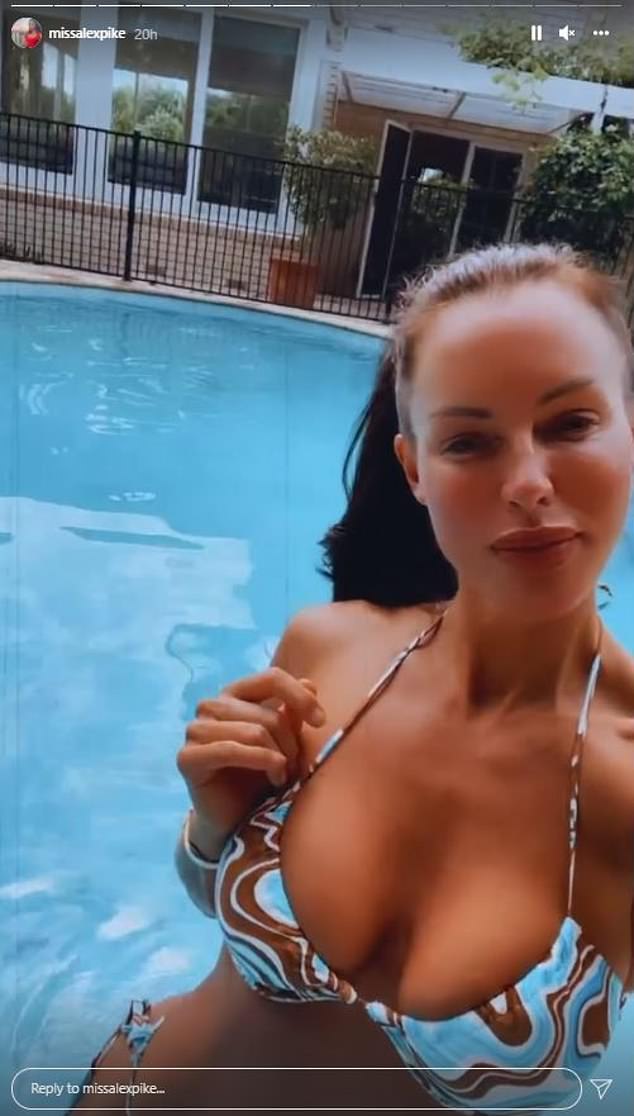 Bikini babe! Alex showed off her ample cleavage and incredible figure in a skimpy bikini as she frolicked in the pool over the weekend

Alex, who is notoriously private about her romance, shared a photo of herself during a FaceTime conversation with the AFL great.

Alex was beaming during the conversation and left a love heart on the photo to indicate her feelings. 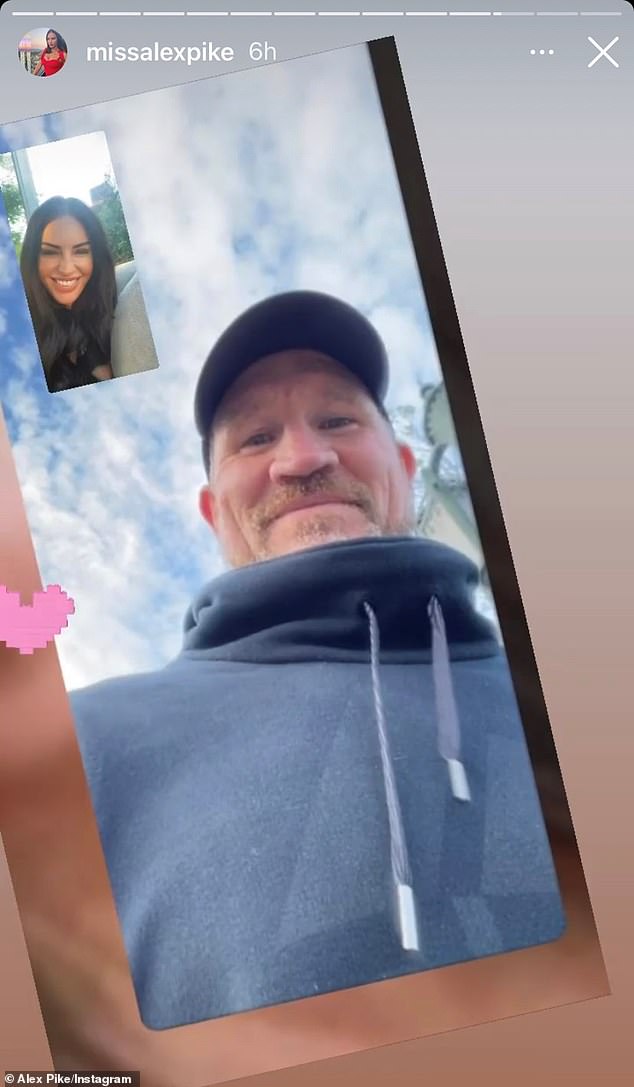 Cute! Alex, who is notoriously private about her romance, shared a photo of herself during a FaceTime conversation with Nathan

Nathan looked to be just as smitten as he smiled back at her.

Alex last publicly spoke of her romance with Nathan when she wished him a happy 49th birthday in July.

In May, the Herald Sun quoted a friend of the pair as saying the romance between them was ‘effortless’. 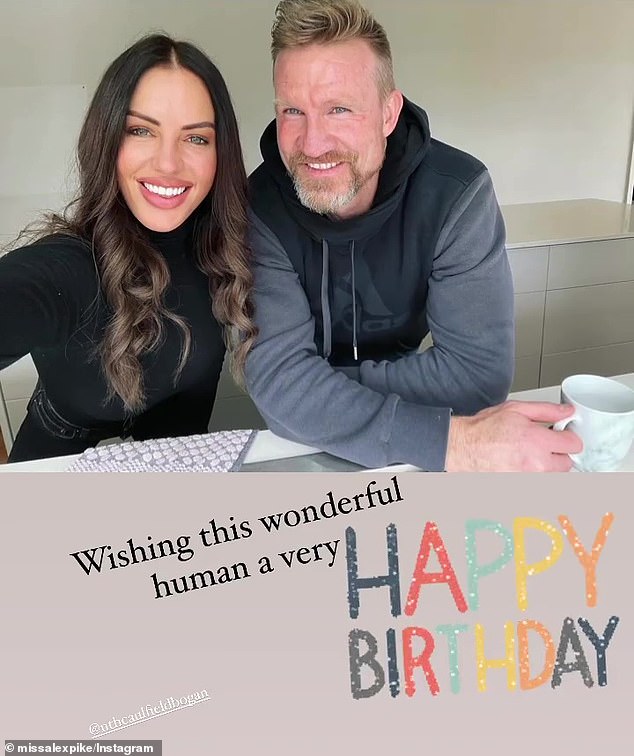 ‘They are happy. It’s all good. It’s just very easy and comfortable really. They have a genuine connection,’ the friend said.

They added that the nurse wasn’t after fame, nor was she ‘daunted’ by the attention that comes with being a top-tier WAG. 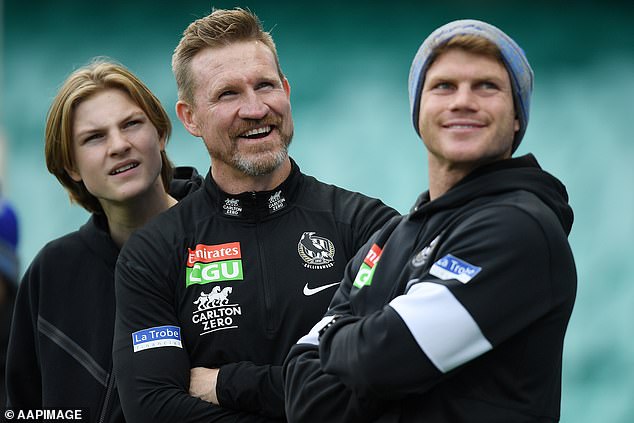 New romance: Nathan (pictured with his sons at his last Collingwood game in June) revealed his relationship with Alex earlier this year

She is known for her thriving cosmetic business Face by Alex Pike.

Alex began dating the champion midfielder after his split from wife of 18 years Tania Minnici.

The Buckleys announced their long-rumoured separation in a statement posted on social media last December. 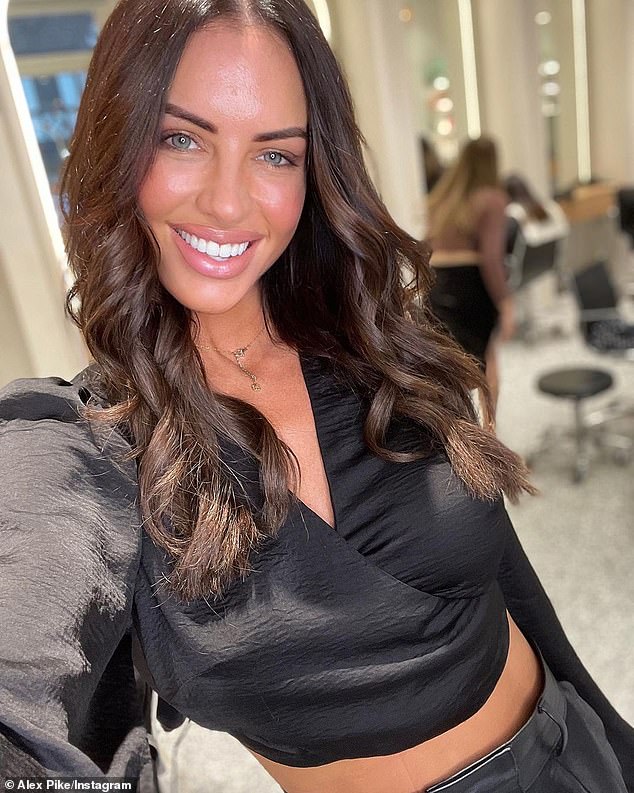 Cosmetic injector: She is best known for her thriving cosmetic business Face by Alex Pike

John Banville interview: ‘For 40 minutes I was a Nobel Prize winner’

Why Did Dr. McCoy Get the Job Aboard the Enterprise?

Has “Strange New Worlds” Been Renewed for Season 2 Already?

What Job Does ‘Teen Mom 2’ Star Bar Smith Do for Work?

Meet “the Indiana Jones of the art world”