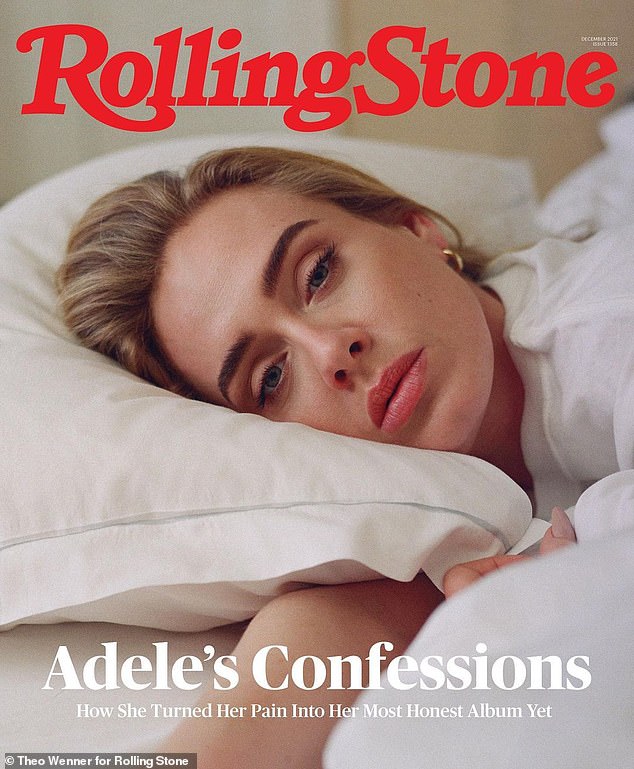 ‘You feel like you didn’t do a good job’: Adele admits she was ‘f*****g devastated’ by her divorce from Simon Konecki after realising she ‘didn’t like herself’ during their marriage

By Laura Fox For Mailonline

Adele has admitted she was ‘f*****g devastated by her her divorce from Simon Konecki after realising she ‘no longer knew who she was.’

Gracing the cover of Rolling Stone, the singer, 33, confessed she had become so far from the person she was before they tied the knot that she made the difficult decision to walk away from their marriage.

Adele, who recently went public with her new romance with Rich Paul, added that her single life while living in Los Angeles lasted little more than ‘five seconds,’ after her friends’ failed attempts to set her up on blind dates.

Open: Adele has admitted she was ‘f*****g devastated by her her divorce from Simon Konecki as she graced the cover of Rolling Stone magazine

Reflecting on the end of their marriage, she added: ‘It made me really sad. Then having so many people that I don’t know, know that I didn’t make that work… it f*****g devastated me.

‘I was embarrassed. No one made me feel embarrassed, but you feel like you didn’t do a good job.’

Adele also reflected on her decision to delay the release of her much-anticipated album 30 by more than a year, after penning songs as an emotional reaction to her split from Simon.

She added: ‘If it wasn’t coming out now, I think I probably would never put it out.’

‘I know I would’ve changed my mind and been like, ‘It’s moved on. Let’s start the next album.’ And I couldn’t do that to this album. I feel like it deserves to come out.’

Demi Moore, 58, showcases her bikini body as she jumps high into the air during day at sea

Rashmika Mandanna opens up about her Bollywood films, ‘Mission Majnu’ and ‘Goodbye’, says both are different genres – Times of India