‘The Challenge’ Star Opens Up About Season 37 Decision: ‘I Messed Up’ 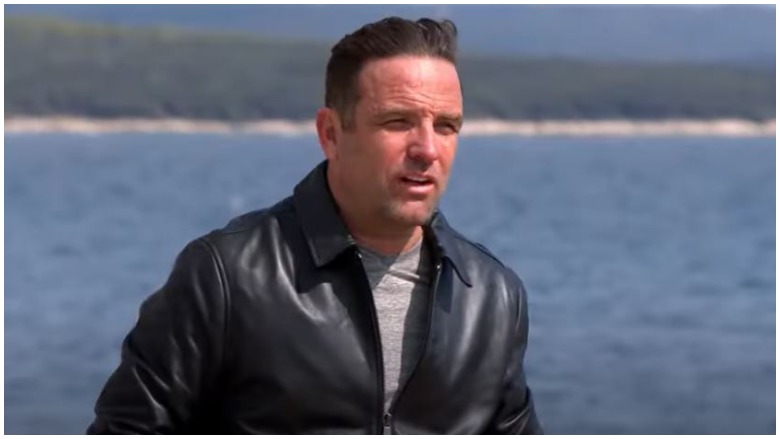 TJ Lavin in the trailer for ‘The Challenge: Spies, Lies and Allies’

Warning: This article contains spoilers for the fourth episode of “The Challenge: Spies, Lies and Allies” which aired on September 1. The episode saw the elimination of two strong rookies that had good physical and social games, Corey Lay and Michele Fitzgerald.

The two were voted into elimination by the house and faced Hughie Maughan and Amber Borzotra but what was arguably more memorable for viewers wasn’t the elimination itself but the blowup between Corey and Hughie, who was upset that Corey asked to face him specifically in elimination. The two of them called each other out while the elimination was ongoing and kept arguing afterward, leading to TJ Lavin giving them both a speech about winning and losing with grace.

After his elimination, Corey shared his thoughts on the elimination and where he stands now with Hughie. In a post on Instagram, Corey wrote, “You live and you learn. When I eventually win a season of The Challenge I want to get there without losing sight of what’s important to me. I messed up and underestimated a bad a** competitor. I’m so proud of you and I’m rooting for you now @hughiemaughanofficial! Do it for the gays.”

Corey and Hughie also appeared on “The Challenge Aftermath” with Devyn Simone to unpack the episode and that elimination and Devyn started off the interview by asking Hughie and Corey where they stand today.

“I don’t have any issues with Hughie, I think it was very emotional… It is what it is,” Corey replied. Hughie said he understands Corey’s move now that he’s outside of the house watching it but said when he was in that environment it was a lot more emotional. “I understand why he done it now, but I understand why I behaved the way I did also,” he added.

Corey said the two are “cordial” and Hughie said they’re “sound.” The two told viewers they’re both passionate about portraying strong gay men on the show and fight against the stereotype that gay men are “weak.” Later in the aftershow, however, things got a bit heated again as Hughie said that Corey’s move was “snakey.” Corey disputed his use of the term “snakey” because he said he didn’t break any promises. Hughie disagreed with him and the two argued back-and-forth for a bit until Hughie said, “That’s not how I recall things.” Corey then said:

Hughie I know I f***** up in that moment, I’ve already apologized to you and I am sorry. I don’t think I made a promise but if I did, I’m sorry I broke that and I do feel like s***. I broke the thing that I wanted to not break cause I wanted to work with another gay man… I made a mistake.

Hughie accepted Corey’s apology and also apologized for his own behavior. Corey concluded the aftershow by saying he had a “blast” on the show and expressed his desire that he and Hughie could “rekindle our little gay friendship we started.”

Some of Corey’s co-stars expressed their support for the rookie in replies to his Instagram post, with Tacha Akide commenting, “It’s ok Corey” along with a sad face emoji. Berna Canbeldek wrote a lengthier reply, telling her co-star that it’s normal to make mistakes in the heat of the moment and what’s important is learning from those mistakes and growing from them.

“You deserved to stay longer and I can relate to your pain,” she wrote. “It’s unfair to get attacked cause you’re actually a bad a** competitor but that’s exactly why you are being attacked. You’re a beast and they were scared for a reason babe.”

Saisha Shinde on working with Aishwarya Rai Bachchan in ‘Ponniyin Selvan’: It has been a dream to work with her – Times of India

The best and worst ways to tackle linguistic sexism

Courtney Stodden shows off major cleavage while getting a new tattoo

Are Ariela & Biniyam Together in the U.S. or Ethiopia?

Sex and the City author criticises show for not being feminist