‘The Challenge’ Star Opens Up About Romance on Show: ‘I Was a Little Hurt’ 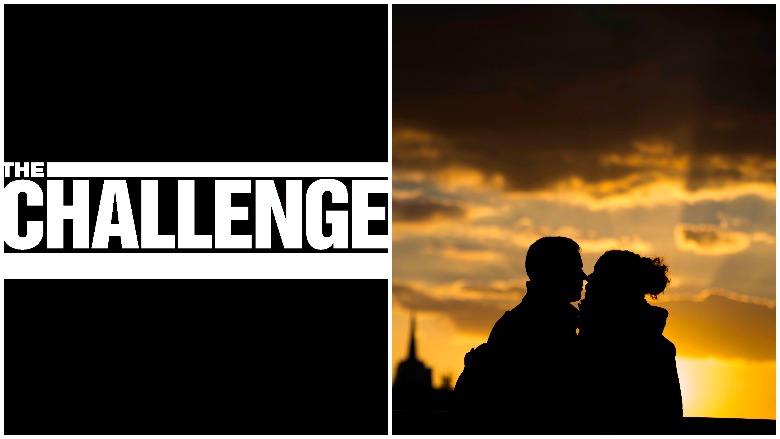 The Challenge logo / A couple kissing in Paris.

In the first few episodes of “The Challenge: Spies, Lies and Allies,” viewers saw a growing showmance between “Survivor” champ Michele Fitzgerald and Emanuel Neagu but their time together was cut short after four episodes when Michele was eliminated from the game along with her partner Corey Lay and she has now spoken about being “a little hurt” by what happened.

As Michele walked away from the Lair following her elimination, Emanuel called out “love you!” and also ran down the stairs to kiss her goodbye. However, at the beginning of the fifth episode, viewers saw that Emanuel was comforted right away by Tori Deal, who said in her confessional, “I honestly don’t believe that Michele and Emanuel were in love. I mean everyone needs a good cuddle every once in a while but no, that’s not gonna last.”

Michele spoke with Entertainment Weekly after her elimination and was asked to give an update on where things stand with Emanuel now, which is when she revealed that she was hurt by what happened.

Michele told Entertainment Weekly that Emanuel “is dating somebody else right now.” She said that she was “a little hurt” and “upset” when she first found out about it. “We didn’t have much opportunity to really say goodbye,” she revealed. On the show, viewers saw that Michele left Emanuel a note encouraging him for the rest of his time in the competition.

“It’s complicated because we were out there for 30-something days, living with each other, so you obviously catch feelings,” Michele revealed. “So I would have liked to have heard about the relationship that he’s now in upfront.”

That being said, Michele added, “It happens, that’s life.” She told the outlet, “At the end of the day, I’m not sure we would have worked out, him in Romania, me at home. And I don’t know if I’d bring him home to Dad. This is what we call a blessing in disguise.” There are rumors that Emanuel and Tori are seeing each other now although neither has addressed it at this time.

Michele was also asked about her showmance with Emanuel on “The Challenge Aftermath” hosted by Devyn Simone and the “Survivor” winner replied, “I didn’t plan on getting into a showmance but I don’t know, he just has like a swag about him and I was just drawn to it, I mean he’s a badass. Yeah, I was into it.”

She also told her co-stars Amanda Garcia and Ashley Mitchell during an Instagram Live that she’d been into Emanuel since the very first day on the show. “I did not falter,” she said while joking that the other women were “trying to decide if he looked like a delinquent or hot.”

Michele said Emanuel is a very confident person and she found that very attractive. “The more time you spend with him too, it’s like, ah….heart eyes,” she gushed. While at the time she said they were just friends, she added, “if we get to play together again…” and winked. Recently, she participated in a Q&A on Instagram where she revealed that she doesn’t really speak to Emanuel anymore but indicated that there are no hard feelings.

Stanley Tucci’s memoir is a love letter to food

Skid Row: Inside the epicentre of LA’s homeless and crystal meth crisis

Investors vote with their money ahead of Cop26

Data shows Covid booster shots are ‘not appropriate’ at this time, U.S. and international scientists conclude

Nate Berkus Discusses Cake With His Son in Adorable Video