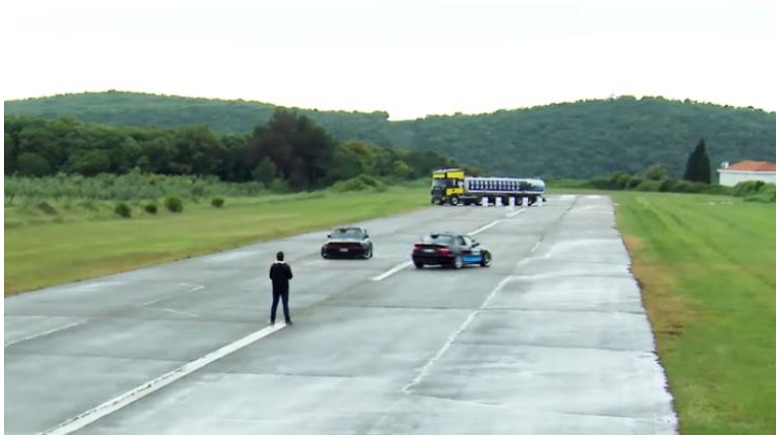 The Challenge: Spies Lies and Allies

The sixth episode of “The Challenge: Spies, Lies and Allies” saw the tensions that had been building up in the house over the previous five episodes finally boil over as other relationships continued to build and develop on screen. The episode description for “Alien” described the hour-long show as, “The slow burning tension between Fessy, Josh, and Amber erupts into all out chaos. Agents are taken for a spin during the dizzying ‘Turning Agents’ mission. Two players have a shocking secret hookup.”

Warning: This article contains spoilers for the sixth episode of “The Challenge: Spies, Lies and Allies” which aired on September 15 at 8 p.m. Eastern and Pacific times.

The sixth episode broke from the format of the previous five that saw a challenge and elimination during the hour-and-a-half-long show. Instead, cast members completed the mission and partied at the club, then went back to the house where a major argument took up the rest of the shorter, hour-long episode, and ended on a cliffhanger.

The episode starts with a reminder that Hughie Maughan and Emy Alupei are the only remaining all-rookie team and they’re both very aware that they’re on the chopping block. “You never know, anything can change in a second,” Tula “Big T” Fazakerley reassures Hughie. While Big T is giving advice and support to Hughie, CT Tamburello is doing the same to Emy and it seems like the fan-favorite has taken the Romanian rookie under his wing.

In a couple of confessionals this episode, which in many ways is an Emy-centric episode, CT reveals what he likes about her and states, “if she can control this fire that’s consuming her, she could do some damage on this ‘Challenge.’”

Emy, dressed in an appropriate “me vs the world” sweater, opens up about feeling like an outcast, in the house and in her life, and speaks about being bullied when she was younger. The 22-year-old also confesses that she sees CT like her “uncle” in the house and relies on him for advice.

We then see several conversations about the “Big Brother” alliance which is still up in the air with a lot of unresolved tension between Josh Martinez, Fessy Shafaat and Amber Borzotra. Viewers then see Josh and Fessy’s partner Esther Biade discussing the issue with Esther encouraging Josh to speak with Fessy about it while Amanda Garcia is telling Fessy to see things from Josh’s perspective.

In a shock reveal, we find out that Josh and Esther have a showmance of their own going on as the two share a kiss in one of the bedrooms. That will definitely make the “Big Brother” drama more complicated down the road as Esther says she’s torn between Fessy and Josh. Amid this scene-setting, the house witnesses Kaycee Clark pulling off a romantic first date with Nany Gonzalez, complete with candles, rose petals and chocolate-covered strawberries.

The mission this week is called Turning Agents and it requires the participants to stay focused on solving a code while strapped to the top of drift cars running a course and doing donuts. The answer key is on a tanker and the team that can get the code entered quickest in their briefcases wins the Agency and safety from the next elimination.

CT mentions that he has red flags in his partnership with Berna Canbeldek as he feels they aren’t communicating well during the mission while Ashley Mitchell is thrilled with Josh as a partner, revealing in her confessional that “we work together like peanut butter and jelly.”

The aftermath of the mission sees some conversations between the players as they get ready for a night out at the club. Kaycee and Emanuel seem to be on the same page and are willing to throw in rookies who they think Emy and Hughie can beat as it’s widely assumed that those two will be voted in by the house.

In a strange moment, Kaycee tells her partner, “I wanna stick with the vet alliance but a part of me is like, who’s gonna take that first shot?” This is an odd statement to make because Fessy already took the first shot, going after someone who is considered a “veteran,” but it didn’t seem to cause too many problems in the vet alliance.

When Tori Deal was considering putting in Big T, she was told in no uncertain terms that whoever fired the first shot would be targeted by the other vets. Fessy has so far not had any blowback from the other vets, which means they were likely aware of his move and for one reason or another wanted Amber gone from the game.

The main options for Emy and Hughie’s opponents appear to be the rookies who haven’t gone in yet, which is Jeremiah White for the men and Bettina Buchanan, Priscilla Anyabu and Esther Biade on the women’s side.

The next segment is a tribute of sorts to rookie Emy, who opens up about a song she wrote before leaving for “The Challenge” titled “Alien,” in which she opens up about feeling different from her peers and an outcast. We see Emy getting ready for a night out with help from Amanda and Ashley and once at the club, she performs her song in front of her cast members.

The episode titled “Alien” coincides with the release of Emy’s song this week which saw several of her cast members promoting the tune on their social media accounts. CT reiterates how much he likes Emy’s passion and it’s nice to see the veterans all supporting the young rookie.

The rest of the episode focuses on a buildup of anti-Amber feelings which seems to come from out of nowhere and isn’t explained very well on screen. While it’s clear that Fessy and Kaycee didn’t trust Amber, it now looks like Berna and Esther also don’t like her and repeatedly say that she’s fake and not loyal while Big T shades Amber by saying she’s tired of hearing her complain about being blindsided.

Since the show hasn’t really highlighted disloyalty from Amber, it’s unclear where that’s coming from and viewers are left wondering if it’s because the other cast members are threatened by her and her success on the show.

Back at the house, we see an argument brewing on the horizon that starts over, of all things, pizza. It’s definitely not the first time that pizza caused a fight in the “Challenge” house and it likely won’t be the last. This argument is stirred up with help from Tori and Cory Wharton, who tell Amber that Fessy stole her pizza while Cory says in a confessional that the house has gotten boring and he wanted to spice things up.

Things get heated when Amber and Fessy’s pizza argument turns into a fight about the blindside. Some of the cast members go find Josh to get him involved as Devin says, “No, do not grab Josh, leave him, lock the doors, barricade him in, hit him with a tranquilizer dart, this is not gonna end well.” Sure enough, the situation escalates and Esther gets upset, telling Amber that she’s a liar and she knew she was going into elimination and is trying to play the victim, then throws her drink in Amber’s face.

Josh and Fessy then begin trading personal blows and Josh tells Fessy that everyone is plotting to get rid of him. Fessy replies that he doesn’t think anyone would take him out in elimination and certainly not Josh, telling his former ally that he hasn’t won anything. Josh then yells back that Fessy hasn’t won anything either. Meanwhile, we see Nelson Thomas eating his pizza calmly while watching it all unfold.

The episode ends dramatically just as Fessy reaches over to push Josh away with a hand on his face and fans will have to wait until next week to see what happens next.

Why do hotels make for such good drama?

Daniel Craig is made an honorary Commander in the Royal Navy

Love Island 2021: Chloe furiously confronts Toby and brands him ‘out of order’ in tense scenes

Gene Simmons at 72: ‘My eyesight’s good. My schmeckle works. What else do you want?’