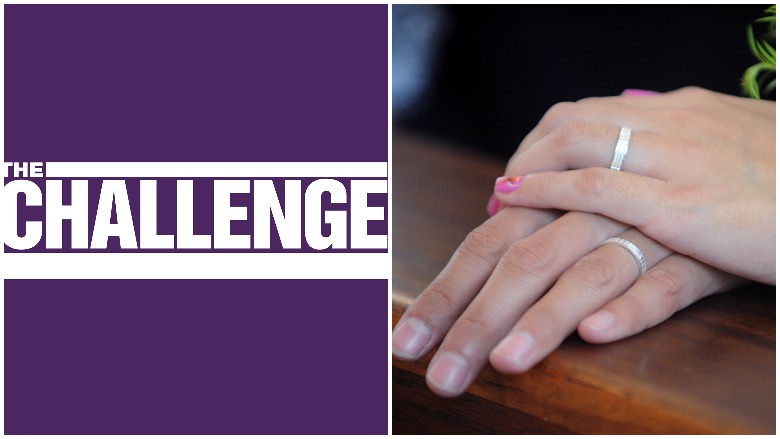 Details are revealed about a Challenge star’s relationship status.

Two-time “Challenge” champ Abram Boise has just separated from his wife Rachel Missie less than five months after the birth of their first child, according to an announcement from Rachel on Instagram on September 9. “Life is full of many chapters and it’s important to recognize when it’s time to end and begin again,” Rachel wrote on her Instagram Story.

She continued, “While our romantic relationship has come to an end, we’re forever connected and focused on being the best for our son. Thank you all that have supported us through this journey. Xoxo.”

The couple married on June 1, 2019, at an outdoor ceremony in Montana led by Abram’s grandfather. On Abram and Rachel’s two-year wedding anniversary, Abram wrote, “Marriage, if it’s a passionate one, is not easy…matter of fact, it’s impossible…but somehow I can not help myself and she is my only course in this life, and no matter what, I truly just want more time and kisses and physical contact with the love of my life at the end of each day. My love only grows as our family does.”

Abram & Rachel Welcomed Their 1st Child, a Boy, on April 22

Abram posted about the birth of his first child on April 22, writing, “Welcome to Earth on earth day, my little man cub: Atlas Young Boise. ‘For the strength of the pack is the wolf, and the strength of the wolf is the pack.’ What a wonderful world you have given me @rachelmissie.”

The couple had initially been expecting twins, Rachel wrote in October 2020, but said they experienced “vanishing twin” in the first trimester which meant that the second fetus had been absorbed into the uterine wall as her body could only support one baby. “We had gotten so attached to the idea of twins and mourned the loss of what could have been,” she wrote at the time. “Now we continue to celebrate what is, the beautiful life growing healthy and strong.”

According to several of Abram’s comments on Instagram, the two met on Bumble and they announced their engagement on Valentine’s Day in 2019. The former reality star has not yet commented on their split and while Rachel has removed all traces of Abram from her social media and unfollowed him, at the time of writing Abram has kept their photos on his Instagram and continues to follow her.

Abram debuted on MTV on “Road Rules: South Pacific” then made the leap to “The Challenge” where he would go on to compete on nine seasons of the show, beginning with “The Gauntlet.” The strong competitor made four finals in his time on the show and won two of them, “The Inferno” and “The Inferno III.”

His last season on the competition show was very rocky because he came onto “Battle of the Bloodlines” as a replacement alongside his brother Mike. At the time, Abram was dating “Challenge” star Cara Maria Sorbello, who was also on that season and was rumored to have kissed her co-star before Abram’s arrival.

Abram and Mike were eventually eliminated following the addition of mercenaries Zach Nichols and Chris “CT” Tamburello and the reality star did not return to the franchise after that loss. Abram and Cara Maria’s on-and-off relationship ended for good soon after “Battle of the Bloodlines.”

The Secret Goodbye to Fans From Tasha Yar

Prabhas and Pooja Hegde’s ‘Radhe Shyam’ makers react to rumours of a rift; say co-stars ‘have great respect and admiration for each other’ –...

Julia Bradbury diagnosed with breast cancer and will undergo mastectomy

Why is ‘Sweet Caroline’ an England football song?

When Nora Fatehi warmed up with floral prints

After Sidharth Shukla’s demise netizens trend ‘We Love You Shehnaaz’ on Twitter, express support to the actress in mourning – Times of India