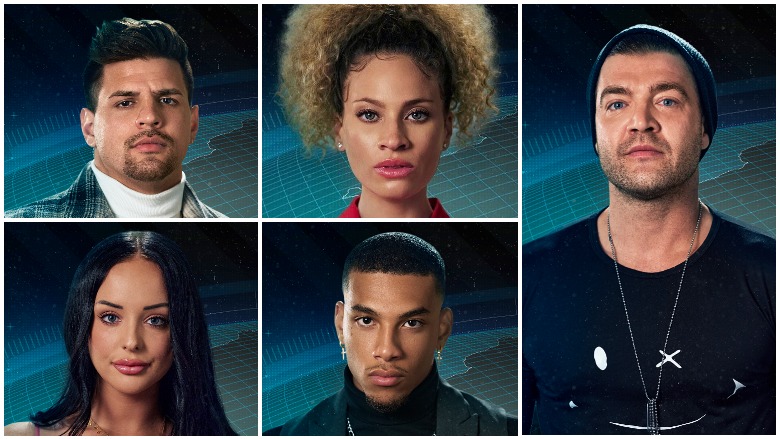 On September 15, the sixth episode of “The Challenge: Spies, Lies and Allies” aired on MTV and, at just one hour of runtime, the episode titled “Alien” marked a change from the previous five episodes’ format of showing the challenge and elimination in the same show as it ended on a cliffhanger.

Warning: This article contains spoilers for the sixth episode of “The Challenge: Spies, Lies and Allies” which aired on September 15 at 8 p.m. on MTV.

The episode began with several discussions about Emy Alupei and Hughie Maughan being on the chopping block as the only rookie-rookie team remaining while Kaycee Clark and Nany Gonzalez went on a romantic first date together. Fans were able to see the two grow closer while Kaycee speaking about her “Big Brother” alliance reminded viewers that there is some unresolved business between Fessy Shafaat, Josh Martinez and Amber Borzotra.

The mission this week, Turning Agents, involved teammates getting strapped to the top of drift cars as they did donuts across a course. Contestants had to memorize and count symbols to open a briefcase and detonate their smoke bomb, with the fastest team winning safety and forming the Agency. Three teams dominated but Kaycee and her partner Emanuel Neagu managed to pull off their first win of the season.

The remainder of the episode was dominated by a party where Emy performed her song “Alien” and several of the show’s stars opened up about their distrust and dislike of Amber. The events culminated in a major argument back at the house between Amber, Fessy, Josh and Esther Biade and the episode ended on a cliffhanger as Josh and Fessy appeared to get physical.

Tula “Big T” Fazakerley wrote that she was overjoyed to see Kaycee and Nany’s first date, tweeting, “Not going to lie, slight happy tears situation watching kaycee and nanys first date.” Corey Lay tweeted, “Omggggggg Kaycee getting Nany flowers and setting up this date. My heart is exploding.” He then added, “Omg. Whaaaaaaaat! Josh and Esther make out????? Absolutely shook.”

During the mission this week, Ashley Mitchell’s sister Whitney joked that she is as terrified in the car when Ashley is driving as Ashley was when strapped to the top of the drift car. Ashley replied, “Rude!!!!! And true.” Priscilla Anyabu revealed that she was fighting an uphill battle to win this challenge, explaining, “So I forgot my contact lenses. Sorry Nelso, we were doomed form the start.”

The show’s stars tweeted about the club scenes, including Emy showing off her new song. Priscilla wrote, “Give credit where due, Emy killed that song!” In reply to a fan comment about Amanda Garcia and Ashley getting Emy ready for the night out, Amanda wrote, “We love her so much!” “The Challenge” star Jemmye Carroll shared her opinion on Emy, tweeting, “Y’all gonna probably kill me for this tweet but go ahead and bookmark it for future reference..Emy gives me Camila energy..”

Priscilla tweeted during the show’s deliberations, “I’m over this vet alliance.” She then added the hashtag, “Respectfully.” She then later tweeted, “NO ESTHER SLANDER ROUND HERE!!!!”

As the argument broke out at the house, someone commented on the fact that Cory Wharton appeared to be stirring the pot and asked if Cory was the new Johnny Bananas. The seven-time champ himself replied, “The student has become the master #StirItUp.” Eliminated rookie Tacha Akide wrote, “Not the house instigating drama and Amber falling for it.” Priscilla wrote, “This vet alliance is looking shaky. You guys are MESSY AF!!!”

Priscilla also commented on the argument between Esther and Amber that caused Esther to throw her drink on Amber. She said, “Esther was wrong for the drink & she knows that. But one thing she ain’t is jealous of Amber. Let’s just clear that up real quick!” As things devolved between Fessy and Josh, the camera caught a glimpse of Nelson Thomas calmly eating his pizza and he tweeted, “Who’s pizza am I eating?!?! I’m just here playing possum Aka @WestonBergmann.”

‘The Premise’ Doesn’t Seem to Have One

The US students confronting racism, injustice and a pandemic

Who is Mary Bedford from Love Island’s ex-boyfriend?

The breathtaking winners of the 2021 panoramic photography awards revealed