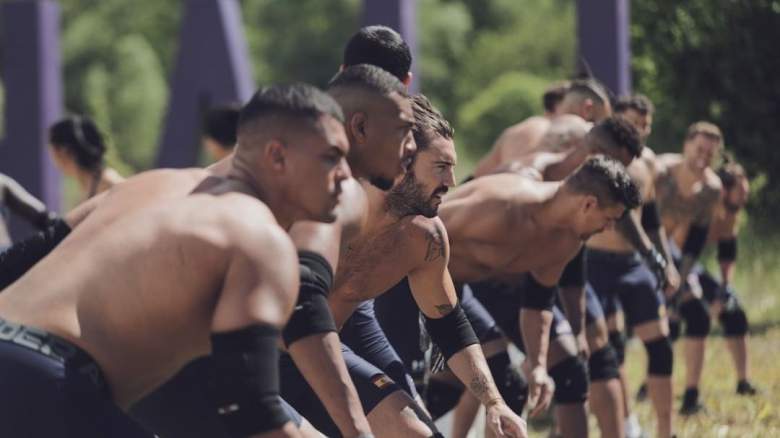 The Challenge: Spies Lies and Allies

In the fifth episode, viewers learned that Aneesa Ferreira was medially disqualified after dislocating her shoulder in the mission and that left her partner Logan Sampedro alone. The “Survivor Spain” star decided to go into elimination to get the chance to choose his next partner while Emy Alupei and Gabo Szabo also told their co-stars they wanted to go in and leave their rookie-rookie pair.

At the elimination Higher Assets, Logan managed to solve his puzzle a little bit quicker than Gabo, sending the Hungarian home. As host TJ Lavin announced his departure, Gabo’s cast mates shared their love for the international reality star and after the episode aired, Gabo became emotional as he posted his thoughts about them and the overall experience.

On September 8, Gabo wrote on Instagram, “I’m literally in tears right now, just went [through] the same emotions I had there.” He said appearing on “The Challenge” was the best experience in his life then joked, “well not as good as being full wasted on a 5 days music festival but pretty close.”

He went on to shout out the amazing people he met on the show who he said he’s missing a lot, including his partner Nany Gonzalez, described by Gabo as “such a beautiful human being.” He said he was never as good as Nany said in her interviews. The “Warsaw Shore” star continued, “Also gonna miss my fellas A-Z [Cory Wharton, Jeremiah White and Kelz Dyke] also missing my step moms (I had a few) [Aneesa, Tori Deal, Lauren Coogan, Ashley Mitchell and Amanda Garcia.]”

He said he was missing Amber Borzotra who he described as his “beautiful step sister” and wrote, “thanks for making our room noisy with Jeremiah.” He gave props to his “iron brother” Corey Lay who “proved the world: gay [people ] aren’t p*****s.” He said Hughie Maughan showed that as well but added to Hughie, “You seriously need to relax man, meditate in quiet find your inner peace or I don’t know,” he added with a laughing emoji.

Gabo then wrote that it was an honor to work with Kyle Christie and called him a “reality legend.” He thanked Devin Walker for telling him how much money he made on OnlyFans, adding, “[maybe] I’ll make an account later mister.” He called Ed Eason “the most American dude I’ve ever met” and said he never understood what CT Tamburello was saying but called him “such a great guy” and said he has CT’s shoes.

Gabo called out Nelson Thomas, telling fans he’s “such a comedian.” He wrote, “I was watching you like i was watching a movie.” Regarding Fessy Shafaat, Gabo wrote, “People don’t hate Fessy, he’s such a good guy!” He finished by telling Nam Vo he’d love to see him come back to the show and win the whole thing. “Thanks @mtv for making a dream came true @challengemtv Ps: I bought some puzzles but didn’t opened yet,” he concluded.

Gabo’s co-stars reacted to his comment, with Corey Lay saying he was so happy to have met him and that he was looking forward to visiting him in Hungary. Amanda, Aneesa, Nany and Amber told their co-star they loved him while Ed commented, “I bet the jersey shore gods are partying their balls off right now! You did them proud brother!!”

Gabo shared a screenshot of the exchange on his Instagram and wrote about how growing up in Eastern Europe his mother broke his TV because he’d been watching “Jersey Shore” without her permission. “She said it’s too trash,” he wrote, “I thought Jersey Shore is life. Still thinking that way.” He said other kids watched Marvel movies but his childhood heroes were the MVP, the trio of Mike The Situation, Vinny Guadagnino and DJ Pauly D.

Throwback! When Saif Ali Khan’s ex-wife Amrita Singh had said she didn’t want to hamper the actor’s budding career by having kids – Times...

How Ariana Grande Already Broke Her Contract on ‘The Voice’

What the critics are saying about Sally Rooney’s new book