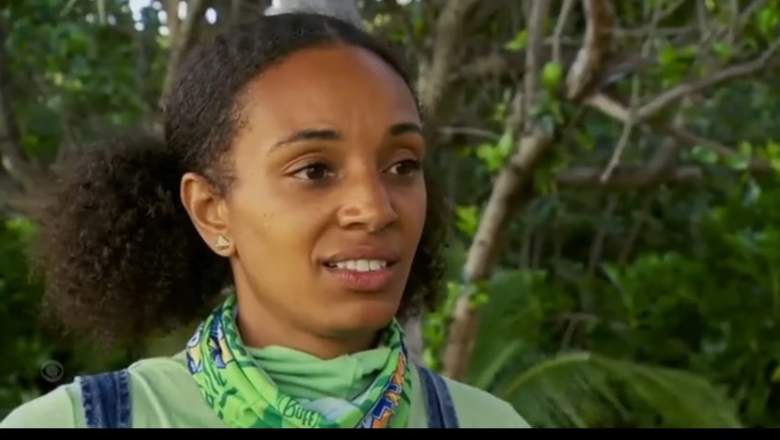 “Survivor 41” is starting to heat up. Last week’s double elimination caused quite a stir among the remaining castaways. Shan finally used her extra vote at Tribal Council but she still has an idol.
Follow along below with our live blog covering episode 10 of “Survivor 41” but be warned of SPOILERS:

8:05- Episode 10 opens with the castaways discussing Evvie and Naseer’s elimination. Ricard shares that Shan used her extra vote at Tribal Council. Erika tells Danny and Deshawn that she wants Shan out of the game. Erika and Deshawn agree that Shan is the biggest threat. It’s true that Shan is a dangerous player. She has an idol and is playing a fantastic social game.

8:10- Time for a reward challenge! Castaways have to swim to an obstacle course while attached to a rope. Once they reach the obstacle, they have to navigate their way through the course. Then, they have to successfully complete a puzzle. The reward for this challenge is HUGE! The winning castaway will be taken to a “Survivor sanctuary” where they will enjoy pizza under the stars. They will get to spend the night in the sanctuary with blankets and pillows. RICARD wins and gets to pick three players to join him….his first pick is..SHAN. His number one ally from the beginning. His second pick is…HEATHER. His third pick is….XANDER.

Ricard, Shan, Heather, and Xander arrive at the “Survivor sanctuary.” Shan tells Ricard he is her best friend on the Island!

8:30- In a confessional, Liana reveals she is struggling to blindside Shan by eliminating Ricard. Liana tells Shan about the plan. Shan knows Ricard leaving is not in her best interest. Liana encourages Shan to go after either Deshawn or Danny. Woah! Shan tells Ricard about Deshawn and Danny’s plan. Shan hatches a plan to flip the votes against either Deshawn or Danny. Things are getting intense!

8:35- Time for an immunity challenge! For this challenge, castaways have to balance a ball on a disk while standing on a narrow beam. Liana is the first one out. Danny goes down next! Time for the next round. Castaways have to move further down on the beam for the next round. Erika is out first in round two! Heather is out next in round two. Down to four: Shan, Deshawn, Ricard, Xander. Time for round three. The castaways have to move down to the most narrow part of the beam. Shan is out first in round three! Ricard, Deshawn, and Xander remain. Deshawn is out! Time for a showdown between Ricard and Xander. Ricard could really use this win. WOAH! Xander loses control of his ball and Ricard wins immunity!!!

8:45- Shan wants Erika out of the game, but she wants to trick Xander into thinking he is at risk so he plays his idol. WOAH! Ricard reveals he wants to flip the votes against Shan. Ricard tells Deshawn that Shan told him about his secret plan to vote him out. After hearing this, Deshawn doesn’t trust Shan and is onboard to vote her out. Looks like Shan is going home unless she plays her idol. In a confessional, Danny reveals that he is unsure if he wants to vote out Shan or Erika. He doesn’t trust Shan but he also thinks Erika is a very smart player.

8:50- Time for Tribal Council. Heather, Xander, and Erika reveal that they feel like they are on the bottom of the totem pole. Shan and Erika tell Jeff Probst that they built a mutual trust after executing Naseer’s blindside. So, who will go home? Shan? Liana? Will Shan or Xander play their idol? Shan didn’t play her idol. She must feel safe. It’s a tie! Second tie in a row WOW! Three votes for Shan, three votes for Liana. SHAN IS VOTED OUT! Shan tells Ricard that she will vote for him if he is in the finale and calls Deshawn a snake on the way out.

Discover more from Heavy on Survivor↓

Unlock the latest Survivor news, rumors and exclusives — direct to your inbox. ↓

Ananya Panday: Photo-series of a princess in a bathrobe

The “Divine Comedy” is a salutary guide to hope amid adversity

Akshay Kumar calls up Gaiety-Galaxy Executive Director and is pleased as punch; ‘Sooryavanshi’ expected to be Akki’s biggest opener – Times of India

Tabletop RPG Workers Say Their Jobs Are No Fantasy

Spergo on Shark Tank: 5 Fast Facts You Need to Know

What link does Keir Starmer have to Deceit and the Rachel Nickell case?

One in five young people across the world ‘often feel depressed’, Unicef reports